Scouting, Inventing Have a Long History 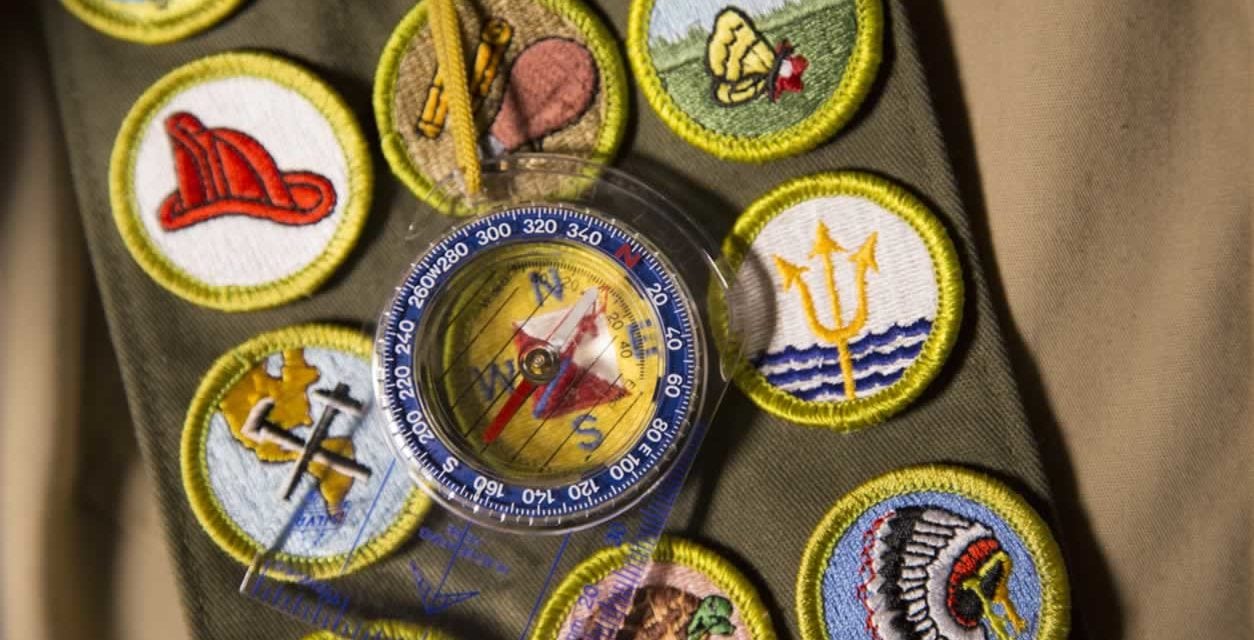 Inventors Digest a listed resource in pursuit of a merit badge;

The Boy Scouts of America and the Lemelson-MIT Program announced a partnership in 2010 to introduce the new version of the Invention merit badge, designed to encourage Scouts to be inventive and solve real-world problems.

When you think of inventors, think of the U.S. Scouting program.

The Boy Scouts of America have been around since 1910. The stated mission for the group that accepts 11- to 17-year-olds is to “foster moral strength, promote citizenship, and help children grow up physically and morally healthy.”

Originally, only 57 merit badges were available. One was the Invention merit badge, which had the requirement that Scouts had to “invent and patent some useful article.”

The badge was discontinued in 1915 after only 10 boys had earned it, but it was reinstated 100 years after the organization’s founding. In June 2010, the Boy Scouts of America and the Lemelson-MIT Program announced a partnership to introduce the new version of the Invention merit badge, designed to encourage Scouts to be inventive and solve real-world problems. This badge is one of the 137 Boy Scout merit badges offered by the BSA.

Getting the Invention badge

The requirements for obtaining the Invention merit badge, as outlined in the BSA Merit Badge Series, list a series of steps very similar to those described and suggested in the many “how-to invent articles” that have appeared over the years in articles in Inventors Digest—an identified periodical resource to be consulted in the merit badge pursuit. A brief overview and paraphrasing of the merit badge requirements is as follows. Readers of this magazine will readily recognize that the suggested steps to be followed by a Scout in achieving this badge parallels those suggested by many experts in the field:

Step 1: Research the topic of “inventing” and the role of inventors and inventions in economic development.

Step 2: Talk to and/or read about other inventors who may have invented a useful item. Tell your counselor what you learned.

Step 3: Do each of the following:

Step 4: Discuss with your counselor the types of inventions that are appropriate to share with others and explain why. Tell your counselor about one unpatented invention and its impact on society.

Step 6: Think of an item you would like to invent that would solve a problem for your family, troop, chartered organization, community, or a special-interest group. Then do each of the following, while keeping a notebook to record your progress:

Step 7: Build a working prototype of the item you invented. Test and evaluate the invention. Evaluation considerations should include cost, usefulness, marketability, appearance, and function. Describe how your original vision and expectations for your invention are similar or dissimilar to the prototype you built. Have your counselor evaluate and critique your prototype.

Step 8: Do one of the following:

Step 9: Discuss with your counselor the diverse skills, education, training, and experience it takes to be an inventor. Discuss how you can prepare yourself to be creative and inventive to solve problems at home, in school and in your community. Discuss three career fields that might utilize the skills of an inventor.

BSA and the Band-Aid

These steps are a good summary of what one should do to be prepared as an inventor—and the Boy Scouts’ motto is, “Be prepared.”

Did you know that the Boy Scouts played a major role in the success of an iconic product, the Band-Aid? Here’s the story.

The Band-Aid was invented in 1921 by Johnson & Johnson employee Earle Dickson, who devised a solution to an everyday problem at home when his wife had a habit of cutting her fingers in the kitchen while preparing food. His solution was to take a piece of gauze and attach it to the center of a piece of tape, then cover the product with crinoline to keep it sterile. This ready-to-go product allowed his wife to dress her wounds without assistance.

When Dickson’s boss, James Johnson, saw the invention, he decided to manufacture and sell it to the public. The Band-Aid was born. It was a great idea, and there was nothing else on the market like it.

However, the Band-Aid faltered early, with first-year sales of just $3,000. Johnson & Johnson refused to give up on the product, so it adjusted its sales strategy. The company gave it away free to Boy Scout troops for their medical kits and to butchers, both for a limited time. The Band-Aids were included in the custom first-aid kits that Johnson & Johnson produced for the BSA. The kits were designed to help Boy Scouts earn their merit badges for first aid.

By 1932, the company was also producing first-aid kits with Band-Aids enclosed so that Girl Scouts could likewise earn their merit badges in first aid. This marketing strategy paid off. Scouts and butchers soon were using Band-Aids, and so were their families. Word spread; Band-Aid sales skyrocketed. So the Scouts played a major role in getting this new invention successfully into the marketplace.

On May 2 this year, the Boy Scouts of America announced it will drop the “boy” from its namesake program next February. The program’s new name will be Scouts BSA (the organization’s name will stay the same). The organization also said it will start welcoming older girls to help them earn the organization’s highest rank of Eagle Scout.

The two organizations will still be separate entities, but this might stimulate joint invention development activities between them. So, think of the Scouts—both boys and girls—as a good source of potential future inventors.