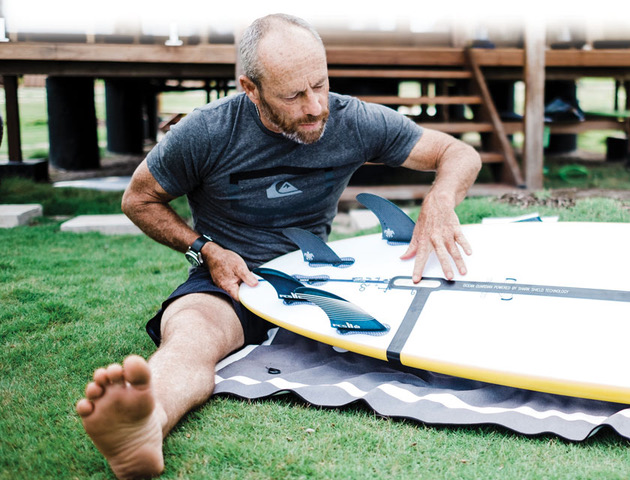 The pulses from the Shark Shield aggravate a shark’s electrical receptors, which repels it from the device and lowers the probability of a strike.

It has been 44 years since the blockbuster movie “Jaws” embedded a fear of shark attacks into our collective consciousness. This concern has grown as the number of attacks worldwide more than doubled from 1999 to 2015; the latest reported figure is about 80 unprovoked attacks per year.

Researchers have noted a strong uptick in great white shark populations, especially in areas such as Cape Cod and the Carolina coast.

The company Ocean Guardian created a safe and effective way to reduce the chances of shark attacks on humans. It has a suite of products using a technology called Shark Shield, which uses electric probes to emit a bubble of low-frequency electrical waves in the vicinity of the device.

Sharks have a special sensory organ called the Ampullae of Lorenzini, which responds to electrical signals generated by living things—including their prey. The pulses from the Shark Shield aggravate a shark’s electrical receptors, which repels it from the device and lowers the probability of a strike.

One of the company’s most unique products is the Freedom+ Surf, which was specially designed to add Shark Shield technology to surfboards. The Freedom+ Surf uses a waterproof housing for the electrical pulse generator that attaches to the top of the surfboard and is covered with a comfortable foam pad; the probes are adhesively mounted to the bottom of the board.

Ocean Guardian CEO Lindsay Lyon told Inside Gold Coast in an interview this year that the company’s safety products “are trusted by ocean lovers around the world including (those) diving, spearfishing, snorkeling, surfing, fishing and for swimming around vessels.

“The company’s products are recommended safety equipment in professional industries such (as) navies and abalone diving. In western Australia, the government provides a $200 rebate to surfers and divers who purchase Ocean Guardian products.”

Amanda Wilson was an unlikely candidate to develop surfing products. She was originally from Minnesota and studied mechanical engineering at Iowa State University.

However, she fell in love and married an Australian man, and moved with him to the west coast of the country. While working at a marine safety company, she learned about a technology called Shark Pod that would repel sharks. The company where she worked was considering licensing the technology, but the deal never materialized.

Wilson and Lyon saw the opportunity and licensed the technology themselves.

“There were five fatal attacks over an 18-month period,” says Wilson, Ocean Guardian’s co-owner. “Sharks were on everybody’s mind … beaches were literally empty.”

Wilson and Lyon started the business in 2012 and slowly built a portfolio of products that were mostly geared toward divers. However, Lyon is a surfer and understood how vulnerable they are to shark attacks. So they set out to integrate the technology into the board itself.

The first concept was to use the fins at the rear of the board to be the electrodes. They have a fairly large surface area and are always in contact with the water.

Although this seemed like a perfect way to implement it, there was a major flaw in the plan. Wilson recalls:

“We found out that everybody is so particular with their fins and we would have to have multiple types of fins … and different fins would have to have electrical conductivity. That’s when we came up with the idea of putting it into a sticker. Everybody puts stickers on their boards anyway.”

This would allow Lyon and Wilson to shrink their electronics and keep surfers from having to drill holes in their boards to install it.

The sticker concept was a great idea, but it was crucial to make sure it was going to be effective in the water. To test the concept, the duo used one of their existing diver products and wired it up to some conductive stickers. They took the prototype into a special lab with a tank of saltwater and measurement equipment, and found that the prototype created a significant field of low-frequency pulses that have been proven to repel sharks.

They then took it into the ocean to test with real sharks. After chumming the water to induce interactions with the board, they found that the sharks were repelled by the surfboard.

Once the technology was vetted, the two took the next steps to refine the product. They solicited the help of world surfing champion Tom Carroll to ensure the product would integrate perfectly with the board. They had an industrial designer create an iconic shape for the electrode pad and designed the flexible circuit and tail pad to elegantly house the circuitry.

The team continued testing the device with surfers and with sharks, and in 2016 conducted a live test on the Australian version of “60 Minutes.” It successfully repelled baited sharks.

In an interesting twist of fate, Wilson and Lyon applied to bring their shark technology to the entrepreneur show “Shark Tank.” They took the product to an open casting call in Florida and made it through many rounds of auditions and interviews with producers. However, they were removed from the running at the very end of the process because they are an Australian-based company, which was against the rules of the show at the time.

Despite missing out on their chance on the small screen, they have seen their product have great success within the surf community. It is an elegantly packaged product that does no harm to either humans or sharks and has withstood the rigor of many third-party scientific studies.

It is even helping people get back in water in western Australia, where the journey began. The Ocean Guardian team continues to develop new products and is working on devices to keep sharks away from fishing boats.