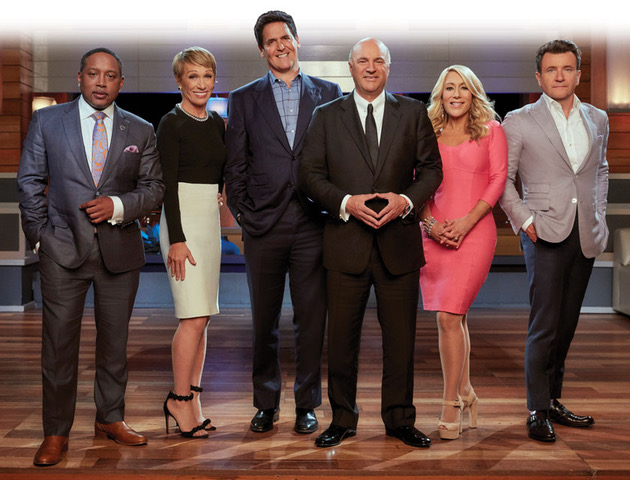 “Dream big dreams and go put on your overalls.”

I recently attended an impromptu “Shark Tank” reunion in New York City, with about 50 of its entrepreneurial alumni in attendance.

If you’ve read my reports before, you know that I’m a big believer in finding your tribe or mastermind of peers where you can exchange ideas and support each other. We have just such a group that lives on Facebook.

It’s a private group called Shark Tank Pals—and to be in the group, you had to have stood on that carpet in front of the Sharks and your episode had to have aired. It happens to be one of those special groups where people selflessly provide emotional support, networking, contacts and advice on what’s working for them that can benefit the group.

I had met several members in person during these past couple of  years, but there were still so many I had yet to meet. I jumped at that chance.

Meeting someone virtually is great if you can’t get together in person, but there’s a different kind of magic that can only happen from that in-person, live meeting. When you’re all part of the same “tribe” that has been through a major event—maybe not together but that same event—it makes for a powerful connection.

I was inspired by so many of their stories that I wanted to share them. First, I’ll share a few of their “Aha” moments, then some of their business tips.

Safe Grabs, Cyndi Lee: “I kept burning my fingers grabbing a hot dish out of the microwave because I was too lazy to grab a towel or a mitt, and I finally decided to invent “Safe Grabs®” (formally Micro Easy Grab) and plunge into the entrepreneur’s world.”

GoodHangups, Leslie Pierson: The idea for GoodHangups came from a desire to create order from chaos. Pierson had a young son who was super creative, and making art was his passion. Like any good mom, she hated the idea of throwing away his masterpieces but was growing frustrated with the mess they created on the refrigerator—and the damage that tape and tacks did to her walls. So she created her own solution. GoodHangups launched in 2015 with a very successful Kickstarter campaign before winning The Next Big Thing award on “Today” and appearing on “Shark Tank.”

Grypmat, Tom Burden: “As an F-16 mechanic in the United States Air Force, I was sick of my tools sliding off the jet when doing maintenance. After seeing a non-slip mat on my mom’s dashboard of her car, I had a light bulb go off: I can make these larger for tools. After avoiding bankruptcy twice and prototyping in my basement for three years I finally created the “Grypmat”—a brightly colored, flexible, non-slip tool tray that gives mechanics a safe, close location to set tools. After having a successful trade show, I went all in, I sold my house to get more funding for more inventory and lived out of my car for several months. I managed to raise $113,000 in pre-orders for new sizes and sold the current model to NASA and Google’s flight department. At this point I had $400,000 in sales and got accepted to ‘Shark Tank.’”

Psi Bands, Romy Taormina: Vomiting inspired Taormina to take the leap of faith into the entrepreneurial stratosphere. Suffering from debilitating morning sickness during both of her pregnancies, she found nausea relief through acupressure wrist bands but was dissatisfied with existing products on the market. So she set out to create a superior product to help those who suffer from nausea due to motion sickness, morning sickness, anesthesia, and chemotherapy.

SeeRescue Streamer, Dr. Rob Yonover: “We were flying in a rented Cessna to an outer Hawaiian island to work on a volcano when the engine started to sputter. I looked down and saw the huge expanse of blue water (the Pacific Ocean) and realized that if we go down, they will never see us—and the flares, smoke and dyes we had on board would only last seconds. The plane didn’t go down, but I couldn’t stop thinking about that experience. And I realized that if I could only make colorful tails that floated and didn’t curl up, people could see me if I was lost at sea (or in the mountains/volcanoes). Once I figured out the patented spreader bards (it performs like a centipede—no twisting), SeeRescue Streamer was born.”

Ava the Elephant, Tiffany Krumins: Krumins’ brainchild was inspired by a sweet-natured boy with Down syndrome who struggled to take medication. As his nanny, Krumins tried her best to soothe his anxiety— cobbling together fabric, sponges, and a medicine dropper—and breathed life into her creation by embedding a recordable sound chip from a greeting card.

Scrub Daddy, Aaron Krause: “Don’t try to be the low-cost leader when starting your business. Focus on what makes you different and better than your competitors and charge appropriately for your product or service. You will need that extra margin to stay in business through the challenges confronting a young company!”

Grypmat, Tom Burden: “Have your screensaver on your cell phone be a descriptive picture of your product/company. This is very effective during an elevator pitch or trade show.”

Extreme Sandbox, Randy Stenger: “Fail quickly and often. Work to put yourself out of business daily (it’s what your competitors are doing)!”

BrandYourself, Patrick Ambron: “Focus on solving a problem nobody else is solving.”

Psi Bands, Romy Taormina: “Be effective, not right. No one likes the blame game. Cut to the chase and offer solutions.”

SeeRescue Streamer, Dr. Rob Yonover: “At a trade show, don’t say “Can I help you?” to someone passing your booth. Instead, try saying “Have you seen this?” If they say no, you explain—and if they say yes, you show them your new version or feature.”

Buzzy Pain Relief, Amy Baxter: “Never be too influenced by any one day.”

PolyGlide Ice, Jim Loughran: “Don’t get blinded by too many ideas. Go where the money is!”

Pandaloon Pet Costumes, Eugenia Chen: “Set yourself apart by leveraging your creativity and strengths. Stay two steps ahead so you can problem solve before bigger problems arise.”

Flip-It Cap, Steven Epstein: “Ask for the absolute minimum amount you can get by with.”

When I meet these entrepreneurs in person and hear their stories, I find myself even more inspired than before.

One thing every one of us agrees on is that if we can do it, so can you. We are no different from you. And if that doesn’t inspire you, I don’t know what will.

I find the business tips to be incredibly valuable. If you plan to make a go of your product or business, every one of those tips are like golden nuggets.

Feel free to drop a comment letting me know if you like hearing about these “Aha” moments. And feel free to share your moment. Maybe someone else will be inspired by you!