Short Song: The Rise and Fall of Napster 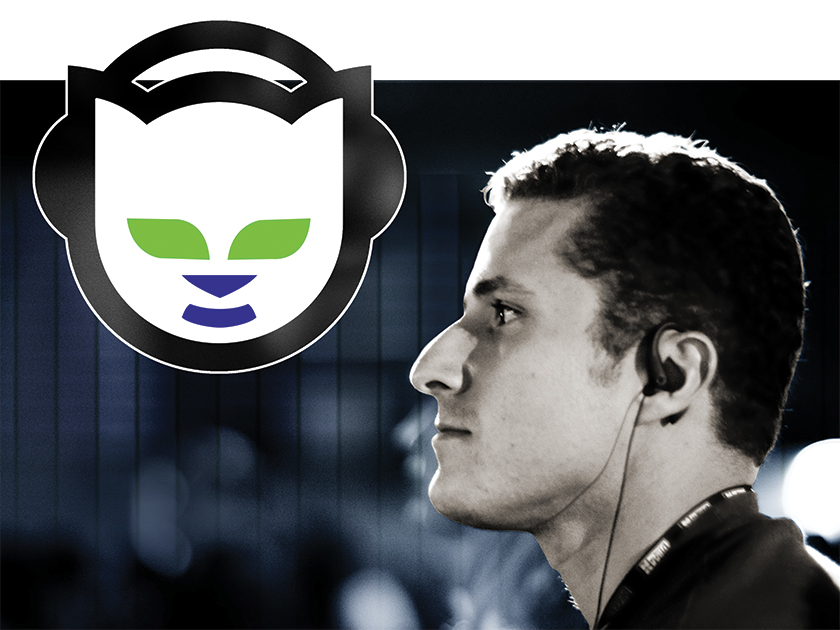 Unveiled 20 years ago, Napster was a brief but powerful music innovation

Shawn Fanning had the code complete by spring 1999, and Napster was launched that June. By October, the program had 4 million songs in circulation.

It began in an internet chatroom.

Such a scenario conjures any number of images, from an unlikely love story to an episode of “Dateline: Secrets Uncovered.” This story of two teenagers’ influential invention probably falls somewhere in the middle.

Shawn Fanning turned 18 in 1998, the year he mentioned in a chatroom that he was working on software that would enable people to share music online for free. This wasn’t a lark for the nappy-haired dropout from Boston’s suburbs: He holed up in his uncle’s office for days at a time, his obsession with writing the correct computer code reaching 60 straight hours at one point because he was afraid some person or company would execute his idea first.

His goal was a program in which people could utilize each other’s hard drives to share their MP3 music files. “It was something that provided a better, more reliable and fun way for people to share music and see each other’s music collection,” Fanning told the BBC World Service. “For the first time, this full history of recorded music was available online to everyone instantly.”

(As with virtually all “vintage” internet endeavors, Napster required more steps than its descendants today: You had to download the software; mark the directory that you stored your music files as “shared” for other Napster users’ access; connect to the internet; access the Napster software, then type in the name of the song or artist you sought. Napster connected you with other users who had a copy of the song, and let you download it.)

Chatroom mate Sean Parker was intrigued. Almost a year older than Fanning, Parker started learning computer programming from his father in Virginia on an Atari 800 at age 7. His talent for hacking was such that at 15 he hacked into the network of a Fortune 500 company, was caught by the FBI, and was sentenced to community service. He was once offered an internship with the Central Intelligence Agency.

The two ultimately met in person. Parker was able to round up $50,000 from potential investors, and the young entrepreneurs moved to California.

Fanning had the code complete by spring 1999 and hired some chatroom friends as staff. Napster was incorporated that May and launched in June. By October, the program had 4 million songs in circulation.

It also had fast, formidable and organized opposition. Although supporters of the service claimed that it helped artists by making their music more accessible, detractors saw it as virtual theft.

In August 1999, when Napster had only a few thousand users, the Recording Industry Association of America notified Napster that its business model was a violation of their members’ copyrights. When Napster did not comply with the RIAA’s suggestion that it use proper legal channels to get permission to use copyrighted materials, the latter filed suit in December 1999.

What Fanning knew and when he knew it was an important issue in the suit. But Ali Aydar, a friend of Fanning’s from their Massachusetts days, told CNN: “He didn’t even understand the legal issues involved. It was such a cool idea that he never once stopped, never really came up for air.”

The RIAA case—specifically A&M Records, Inc. v. Napster, Inc.—was soon dwarfed in media attention by a legal complaint from a high-profile band. Metallica had recorded an alternative mix to its song “I Disappear” but had never officially released it—only to learn the song was available for free on Napster.

Not only did Metallica file suit in April 2000, it reportedly tracked down the names of 335,000 Napster users who had shared the band’s music and asked Napster to ban the group from the service. Napster complied. Dr. Dre sued as well.

By its February 2001 peak, Napster had an estimated 80 million registered users. High-speed networks in college dormitories became overloaded due to the heavy traffic consisting of MP3 file transfers, to the point where many universities blocked Napster’s use.

Meanwhile, publicity from the court cases almost seemed like catnip to copycats. Limewire, Gnutella, Kazaa and Grokster were among those who tried to cash in on the notion of a music file-sharing program. Meanwhile, sales of music CDs, in particular, plunged—which was a serious blow to Napster’s case.

The major hit to record industry sales in 2000 resulted in a reported 18,000 individual Napster users being sued. Fanning (a Time magazine cover subject in October 2000) and Parker were now wealthy media stars whose 15 minutes of fame were clicking along furiously.

In the same month that Napster’s users totals peaked, a U.S. federal appeals court ruled for the RIAA in the lawsuit—and the service was doomed almost as quickly as it began. Napster shut down its server in July 2001, reopened and tried to become a subscription model, but its moment had passed.

Parker was forced out at Napster amid controversy over a memo in which he allegedly referred to the program’s users as “pirates.” Fanning bolted. Napster ceased operations on Sept. 3, 2002, its name eventually taken by music provider Rhapsody.

The following year, Apple’s iTunes Store made it possible to legally acquire copyrighted music online. Since then, other sites such as YouTube and Spotify provide music for audiophiles—as well as money to music labels via subscriptions, advertising or licensing.

Despite its meteoric rise and fall, Napster has a permanent place in innovation and internet history. It has often been called the fastest-growing business of all time; perhaps more important, it revolutionized the music industry and forced it to adjust to the commercial realities of the internet age.

Cofounders Shawn Fanning and Sean Parker have remained compelling public figures since the service shut down in 2002.

2003: Opened Snocap, a digital media marketplace. One of his partners was Jordan Mendelson, Napster’s chief architect.

2008: Appeared in a Volkswagen commercial, directed by Roman Coppola, in which he made fun of his file-sharing past.

2011: He and Parker reunited to form Airtime, a live video website with real-time sharing and communication.

2004: Joined Facebook as its first president but has since left and criticized it heavily, calling it addictive and a “social-validation feedback loop.”

2005: Arrested but not convicted on charges of cocaine possession.

2010: Criticized Justin Timberlake’s portrayal of him in “The Social Network,” calling the movie a “complete work of fiction.”