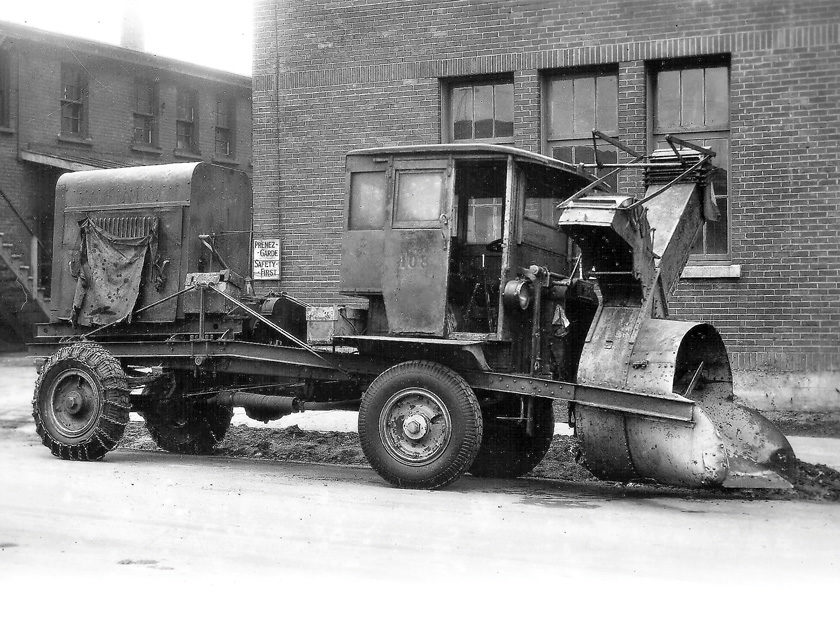 31 years of planning and building led to the first snowblower

It was challenging enough, delivering milk to homes before snow invaded during frosty Canadian winters. But when the white stuff piled up several feet high in residents’ yards and left snowbanks that remained for months, Arthur Sicard had to be a milkman and mountain climber.

He was a healthy young man in 1894—18 years old and working on the family dairy farm in Saint-Leonard-de-Port-Maurice, Quebec. But this challenge got old in a hurry, especially since the perishable nature of dairy products made on-time deliveries essential.

Sicard saw a treacher, a machine that harvests wheat, and was inspired to invent. It took 31 years of planning and constructing before he finalized his concept and became the generally acknowledged inventor of the first commercial snowblower in 1925.

Success in the details

By this time, New York City had unveiled the first motorized dump truck or snowplow (with tractor tires) in 1913, abandoning the traditional horse-drawn cart as the motorized era dawned. But this was of little practical help for clearing snow in and between yards—not to mention the still-frustrating obstacle of driveways “plowed in” by snowplows. Sicard also wanted to help farmers who needed an easy way to clear snow from their fields so their cows could feed.

He sold his first commercial unit to the Town of Outremont on the island of Montreal in 1927. Basically, it was a truck with a scooper and snow thrower chute with a separate motor to propel the snow.

Yet the description of Sicard’s invention by Sicard™ Group SSI Inc.— the corporate descendant of the original Sicard company—provides detailed insight into his extensive planning and building.

The Sicard Snow Remover Snowblower consisted of a 4-by-4 carrier with its own motor and an auxiliary motor to power the blower head. The blower featured a chute that “provided pinpoint control,” the company says, and was used for loading trucks. There was also an opening in the impeller housing through which snow could be thrown into a field.

The blower/thrower could power through both hard-packed and wet snow, throwing either at least 90 feet.

So the decades it took Sicard to complete his invention isn’t surprising, especially in the context of several efforts by predecessors that either never got to market or had no impact:

So Sicard’s distinction as the generally recognized inventor of the snowblower is largely due to the fact that his machine was the first patented one for practical use. Nonetheless, his snowblower was deemed much too expensive for all but large cities.

Besides, it was only a matter of time before his invention would be refined for common domestic use.

Toro made its first snowblower, the Snow Boy, in 1951. The industrial-grade machine—advertised to “take the place of 50 men” clearing streets by hand—was followed by the Toro Snow Hound the following year.

The company claims the walk-behind Snow Hound model as the “first homeowner snowblower,” which does not seem to be in dispute. Toro introduced the Snow Pup, the first lightweight consumer snowblower, in 1962.

(Toro uses the terms “snow thrower” and “snowblower” interchangeably, which speaks to the technically incorrect use of the latter because these machines do not blow snow using air.)

Ariens, Gilson and others launched early snow thrower product lines, ultimately making the “snowblower” an affordable mainstay in homes. The first personal, two-stroke snowblowers emerged in the 1970s. These also became powerful: Some reached 8 horsepower before growing to 11hp in the 1980s and the uniform 13hp today.