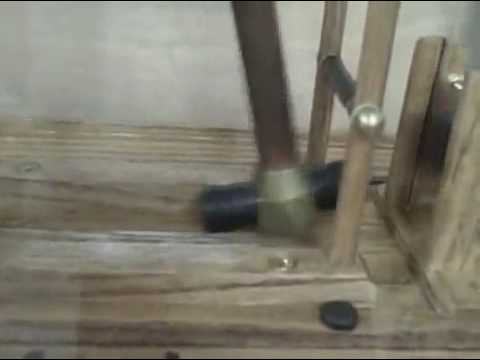 In Search of Perpetual Motion

Physics dictates that there can be so such thing as a perpetual motion machine – a device that produces more work or energy than it consumes.

Yet throughout the centuries and even to this day, inventors the world over continue to challenge the known laws of the universe.

Long before the United States and the U.S. Patent and Trademark Office came to be, inventors attempted to create perpetual motion machines. The “magic wheel” was invented in 8th century Bavaria, consisting of a magnetically powered spinning wheel. The wheel was supposed to spin perpetually but, of course, friction stopped it in due time.

In 1235, Villard de Honnecourt invented an overbalanced wheel, a perpetual motion design that has surfaced in various guises throughout history. Honnecourt found that weights cause a wheel to spin under the force of gravity. Shifting and/or rearranging of the weights was supposed to keep the wheel spinning forever.

However, nothing is free in nature. It takes energy to keep the wheel spinning.

Evidently tired of scientific false promises, in 1775 the Royal Academy of Sciences in Paris declared it would no longer accept or deal with proposals concerning perpetual motion.

Rather than ending the debate, however, the decree sparked a frenzy of perpetual motion research. With the invention of modern electrical generators in the 19th century, the quest for perpetual motion literally became electrified.

Modern inventors have inundated the USPTO with thousands of patent applications for supposed perpetual motion machines.

The USPTO has an official policy of refusing to grant patents for perpetual motion machines without a working model. The Manual of Patent Examining Procedure (MPEP) states:  “With the exception of cases involving perpetual motion, a model is not ordinarily required by the Office to demonstrate the operability of a device. If operability of a device is questioned, the applicant must establish it to the satisfaction of the examiner, but he or she may choose his or her own way of so doing.”

Such inventions are typically rejected under 35 U.S.C. §101 as being inoperative.

However, the USPTO is far from perfect. The office has issued a number of patents for erstwhile perpetual motion machines.

U.S. Patent No. 543,392, issued on July 23, 1895, is titled “Mechanical Power.” The invention is a pendulum-based variation on the overbalanced wheel, designed to “increase power” from a primary motor’s input. Small details, such as friction, seem to have eluded both the inventor and the examiner.

U.S. Patent No. 4,151,431, issued to Howard R. Johnson on April 4, 1979, is one of many magnetic-based issued patents, claiming to generate usable energy without any energy being input into the system. In this particular patent, energy is supposedly extracted from “unpaired electron spins.” Glaring errors in basic physics appear throughout the specification. Other examples of supposed perpetual motion machines can be found in U.S. Patent Nos. 4,074,153; 4,215,330; and 6,246,561 B1.

Another classic example of a perpetual motion machine is the “motor which drives a generator which is connected to the motor.” Friction and electrical resistance are typically ignored in such devices. The various reasons for such a device being unworkable aside, the USPTO issued Patent No. 7,095,126 B2 to Jesse McQueen on Aug. 22, 2006 for an “Internal Energy Generating Power Source.”

“Maxwell’s demon” is a famous thought experiment created by the Scottish physicist James Clerk Maxwell to “show that the second law of thermodynamics has only a statistical certainty.” In the experiment, an imaginary container is divided into two parts by an insulated wall, with a door that can be opened and closed by what has come to be called “Maxwell’s Demon.”

The hypothetical demon is able to let only the “hot” molecules of gas flow through to a favored side of the chamber, causing that side to appear to spontaneously heat up while the other side cools down. Maxwell’s demon is taught in most college-level thermodynamics classes, the point being that the second law isn’t really being violated because an energy-expending “demon” must be present to do work.

“While some inventions propose over-unity or excessive efficiencies and depict unlikely configurations,” Kelly says, “their claims are for the most part OK and, yes, patentable.”

Kelly was at the USPTO in 1979 when it rejected Joseph Newman’s application for an “Energy Machine” that unambiguously claimed “over-unity,” that is, generating more power than is input.

The source of energy was supposed to be the atoms of the machine’s copper conductor.  Newman built a model of his invention and provided it for testing by the U.S. government. The patent office rejected the application after the National Bureau of Standards measured the electrical input to be greater than the electrical output.

Newman challenged the decision in court, suing the USPTO. He eventually lost.

One common alternative term used is the aforementioned “over-unity,” even though it has essentially the same meaning.

A common trend in modern perpetual motion devices is to state that the machines operate by extracting “zero point energy” or some other source of external energy. Although “zero point energy” is a genuine concept from quantum field theory, and the Casimir effect (taking advantage of the zero point energy field) has been shown to be real in laboratories, no actual method of extracting real, usable energy from the “vacuum” is known to modern physics.

This, of course, has not stopped inventors from receiving patents so full of quantum terminology that they “sound” as though they may work.

“… an electromagnetic generator operating in accordance with the present invention should be considered not as a perpetual motion machine, but rather as a system in which flux radiated from a permanent magnet is converted into electricity, which is used both to power the apparatus and to power an external load,” the patent states. “This is analogous to a system including a nuclear reactor, in which a number of fuel rods radiate energy which is used to keep the chain reaction going and to heat water for the generation of electricity to drive external loads.”

No one has independently verified that this system works and there is no known working prototype.

Given the long history of perpetual motion and the issuance of patents on perpetual motion, conspiracy theorists say the government and/or the oil consortia are concealing “free energy.”

Editor’s note: This article appears in the December 2010 print edition.

Is not the magnetic flux of a permanent magnet a source of power? Granted it will at some point decay.

Like a battery stores electricity, a permanent magnet stores magnetism. Unlike a battery, it’s possible the magnet may never run down.