Sports Tech in a Major Way 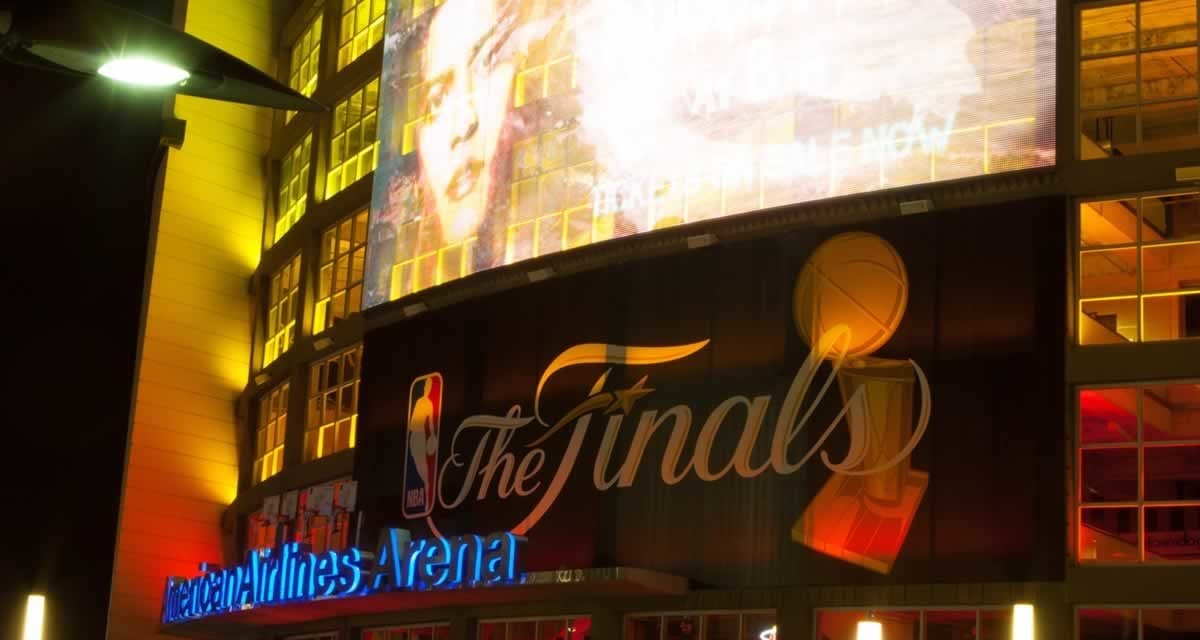 NBA, MLB, NFL take lead on innovation to improve interest, performance. The NBA is generally regarded as the most tech savvy major pro sports league, but others may be closing the gap.

Artreyo Boyd will never make a basket or an assist on an NBA court, will never steal a pass or block a shot. But there he was, standing on a podium in New York City on April 4 with NBA commissioner Adam Silver after being chosen a No. 1 draft pick.

Boyd was the top selection in the inaugural NBA 2K eSports draft, setting the stage for an e-league in which the world’s best players in the NBA 2K video game compete against each other over a four-month season starting in May.

The NBA is generally regarded as the most tech savvy of the major American team sports leagues—not just because of its ever-growing roster of innovations but because of its willingness to embrace experimentation. The league is a pro sports pioneer in many technical inventions and adaptions of existing technologies.

A slew of new in-game data on NFL players are about to be released this spring, thanks to tiny sensors in players’ shoulder pads that have tracked player movements since 2014.

These are just some of the newest ways that pro sports leagues are using technology to spur added interest to their games and provide a wealth of comprehensive information that can elevate player performance. The highlights:

The NBA 2K League is the first professional e-sports organization run by a U.S. pro sports entity. It drafted 102 “NBA players” and will feature teams that are the competitive equivalents of 17 NBA clubs.

The league’s commitment is such that it will pay gamers $35,000 for six months, with housing and benefits paid as well. Games will be played at a couple of central locations in the first season, but the NBA’s long-term plan is to have e-sports teams compete in NBA arenas in front of their home fans.

Another virtual first came last October when the NBA announced the launch of the NBA AR app, a new augmented reality experience that allows fans to play virtual pop-a-shot from any point in the world through AR technology. It’s the first augmented reality game by a U.S. sports league. NBA AR for iPhone is available for free on the App Store.

A month earlier, the NBA announced the “Nike NBA Jersey with NikeConnect,” a connected jersey that allows wearers to get highlight reels, scores, statistics and exclusive content from and about their favorite players and teams with a tap of their phones on the jersey’s tag.

The league has long been state-of-the-art when it comes to tracking data. Starting with the 2010-11 season, it began utilizing STATS SportVU—a camera system hung from the rafters that collects data at a rate of 25 times per second and follows the ball and every player on the court. This allows the collection of in-depth statistics, including real-time player and ball positioning through sophisticated software and statistical algorithms. STATS SportVU is also being picked up in college basketball and is a major presence in international soccer.

And if you were wondering whether the almost-ubiquitous Amazon Echo Alexa had to figure into this somewhere, wonder no more: Skills for Alexa makes the NBA the first pro sports league with every team on Amazon’s Alexa. Asking Alexa to enable a team’s skill or enabling the skill in the Alexa app allows fans to get schedules, scores, stats, standings and news about their favorite team.

Major League Baseball is also becoming a tech-obsessed sports league. In 2014, it became the last of the four major pro sports to implement instant replay technology for determining the accuracy of calls on the field.

Also in 2014, MLB leveraged baseball’s growing reliance on sabermetrics when tracking technology called Statcast made a partial trial run. It was installed in all 30 stadiums the following year.

Statcast built upon pitch tracking hardware in each stadium that MLB Advanced Media had installed years earlier. It is essentially a combination of two different tracking systems—a Trackman Doppler radar and high-definition ChyronHego cameras. The radar, installed in each ballpark in an elevated position behind home plate, tracks everything related to the baseball at 20,000 frames per second. This is where launch angle comes into play; the radar captures that as well as pitch speed, spin rate, pitch movement, exit velocity, batted ball distance, arm strength and more.

The ChyronHego camera system features six stereoscopic cameras installed in two banks of three cameras apiece down the foul line. The camera system tracks the movement of the people on the field. This allows for the measurement of player speed, distance, direction, and more on every play.

Statcast allows front offices, fans and broadcasters to quantify players’ skills in ways that were previously available only to scouts or not at all. Per MLB, in the first three seasons of Statcast (2015-17), more than 2.1 million pitches and nearly 400,000 balls in play were tracked, helping popularize terms ranging from launch angle to exit velocity to spin rate. Perhaps most important, it changed the way many players approach their livelihood from a preparation and mechanics standpoint.

On April 3, MLB announced a deal with China’s biggest tech company, Tencent, to stream 125 games this season. The NBA, NFL and NHL already had deals with Tencent, which has more than 1 billion active users on its social media networks.

Last May, MLB announced it struck a three-year deal with Intel to live-stream games in virtual reality. Fans who are interested in watching 3-4-hour game wearing a headset will need a Samsung Gear VR and compatible smartphone to take in the VR experience, and must also download the Intel True VR app.

In 2016, MLB unveiled prototype protective headgear for pitchers that can protect them from serious injury on batted balls. Made by California-based Boombang, the hats—optional for game use—have been tested to hold up to impacts up to 85 mph. That same year, MLB and Apple did away with the thick notebooks crammed with paper stats that managers and their assistants used to lug around by combining the data into a 6.9mm-thick iPad Pro.

If you’ve ever heard a report from the NFL Scouting Combine—a weeklong showcase each February where invited college football players perform physical and mental tests in front of NFL coaches, general managers and scouts—you’re aware of the league’s emphasis on numbers and other data. For instance, a one-tenth-of-a-second disparity in a 40-yard-dash clocking can make a world of difference.

The emphasis on quantifiable, subjected metrics was underscored this past February, when it was reported that the NFL’s Competition Committee agreed to a plan that would allow for the release of league-wide, game-day, player-tracking data from 2016 and 2017 on every NFL player to all 32 teams this spring. During the 2018 regular season, teams will receive the league-wide data on a weekly basis. Player tracking data provide teams numerous information, analysis and research to help support player conditioning and training, player evaluation and assessment, game-planning and scouting.

All of this would not be possible were it not for technology the NFL began using in 2014, when it began gathering the data via nickel-sized sensors placed in players’ shoulder pads to track and gather data such as position/location, speed and distance to provide unique real-time insights about what’s happening on the field. The partnership is with Zebra Technologies. Data generated via Zebra’s tracking system are distributed to teams, fans, and media, including the NFL Network, via the NFL’s Next Gen Stats brand.

For the 2017 season, the NFL expanded the use of Zebra’s tracking system to include ball tracking, in which every game ball had a tracking chip inserted to determine information such as velocity, rotational information, and the height of every pass and kick.

Also last year, the NFL teamed with Intel in using a technology called Intel® True View, in which 38 cameras were installed in 11 stadiums to play 360-degree scenes from the sideline that broadcast television cameras cannot; and announced an iOS app that lets football fans ask questions and get answers from NFL stars. StatMuse recorded the voices of dozens of players via an algorithm that strings together voice answers from snippets of word combinations and phrases the players pre-recorded.