A Strong Voice for Diversity 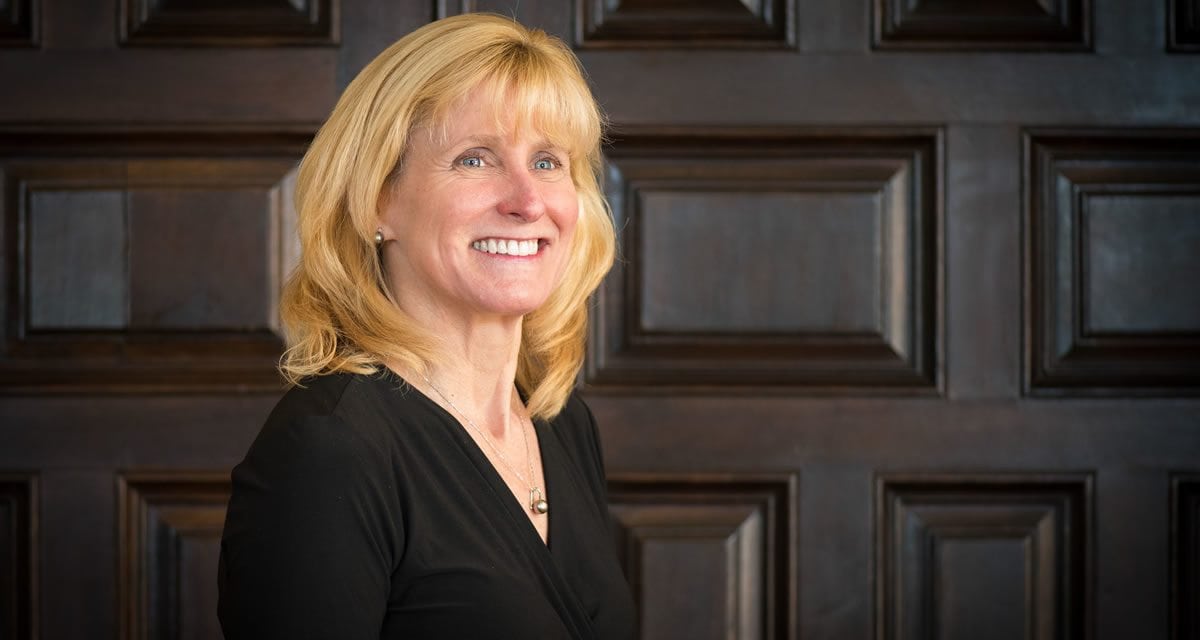 Dr. Stephanie Couch’s resumé teems with the kinds of honors that suggest an obvious role model for young people, and for young women in particular. She was chosen as one of San Francisco Business Times’ Most Influential Women in Bay Area Business for 2016; was inducted into the Alameda County Women’s Hall of Fame in the education category; and received the 2015 Biotechnology Educator of the Year Award from the California Life Sciences Association.

But the executive director of the Lemelson-MIT Program has a farther-reaching purpose in mind.

“I would love for young women to see me as a role model, but it is likely that they will be more inspired by near peers,” says Dr. Couch, appointed to the position in May 2016. “An important part of my job is to make sure that we are identifying female inventors who can be role models for others and then making sure their stories are visible through press, social media and other venues.

“One of the biggest contributions I feel that I can make is to be a strong voice for more diversity among patent holders and leading innovators, and to conduct proper research studies to understand how it is that young women and others from underrepresented backgrounds learn to invent. We need to understand what works, why and under what conditions, and then enact policies and grow and scale programs that reflect this knowledge.”

Dr. Couch is undaunted by these major challenges—foremost among them working to achieve diversity among patent holders. A July 2016 briefing paper by the Institute for Women’s Policy Research showed that women still hold an extremely small share of patents; at the current rate, gender equity in this area would be about 75 years away. Only 18.8 percent of all patents had at least one female inventor in 2010, the latest timeframe for which data were available.

“One of the greatest challenges I see is that women are not given opportunities to learn ways of thinking as an inventor and are not taught how to navigate the patenting process.” —Dr. Stephanie Couch

As executive director, her responsibilities of overseeing the development and growth of partnerships—while guiding Lemelson-MIT’s prestigious invention awards and grant programs that include the $500,000 Lemelson-MIT Prize, the Lemelson-MIT Student Prize and the program’s InvenTeam initiative for school-age students—are part of the fact-finding mission that has helped define her professional life. She says InvenTeam “is a perfect site of study, given its 14-year history of helping young women develop as inventors while in high school.”

This past fall, Dr. Couch and colleagues conducted research that utilized information from Lemelson-MIT’s national InvenTeams grant initiative, much of it based on self-reporting of the teams’ high school participants. “Early findings suggest that young women join the InvenTeam to learn new things and to help people in their local community,” she says. “Many female InvenTeam participants discover an interest in STEM, develop self-confidence in their ability to solve problems, and some who were not originally interested in STEM go on to pursue STEM college and career pathways.

“This suggests that the application of STEM knowledge and skills to solving a problem viewed as important in the eyes of a young person can help with attracting young women into a STEM college and career pathway. Some of the underrepresentation of women in STEM careers may be explained by the limited opportunities women have for developing STEM knowledge and skills through working on a project that is meaningful and relevant to their daily lives.”

She says the limited STEM opportunities—not just for women but also for children from underrepresented backgrounds and those from low-income families—are a malady that begins in the early school years and continues into high school: “America needs educators, parents, members of the business community, elected officials, nonprofit entities and foundations to work together to leverage community assets that can help bridge these gaps in educational opportunities. Local efforts must be informed by research and data if they are to be effective.”

No detail too small

Dr. Couch acknowledges her substantial responsibility of learning every aspect of inventor education, even embracing it.

She says that while growing up, she was inspired by “The Agony and the Ecstasy”—“a book about Michelangelo that helped me see the importance of learning about education from every possible angle. Those lessons helped me create new policies and programs that spoke to the strengths and cultural conditions present in California’s different education segments.”

Despite the lack of women in STEM careers, Dr. Couch is encouraged by the growth in regional STEM education networks across the U.S. that are working to expand those learning opportunities, “including the newly launched STEAM Advisory Committee for young people in Cambridge, Massachusetts, where I live. I am an appointee and will be doing my part in my own local community, building on what I learned while leading a regional STEM education network in California.”

However, she adds that inventing requires knowledge and skills from a wide variety of disciplines, not just STEM.

“One does not need to hold a STEM degree or be in a STEM occupation to develop and patent an invention. One of the greatest challenges I see is that women are not given opportunities to learn ways of thinking as an inventor and are not taught how to navigate the patenting process.

“There is some evidence to suggest that the ways of thinking and ways of securing a patent are passed down from fathers to sons in the same ways that mothers pass down secret family recipes to daughters. … This suggests the need to offer young women opportunities to develop as inventors over time as they move from cradle to career. I don’t think one learns how to think and create as an inventor through a single, short-term program.

“We also need to think about the cultural conditions that exist within research and development teams. Focused efforts to ensure diverse representation on InvenTeams has contributed to larger numbers of women in high schools who learn to invent. A similar effort by private sector companies would likely yield similar positive results.”

As someone who examines inventor education from all angles, Dr. Couch sees a basic problem in schools: Too often, invention-related programs are thought of as extra or after-school initiatives.

“Our greatest challenge is finding ways for invention education efforts to be embedded within the regular school day. As of now, access to that programming is often limited to middle and high school students who can participate in after-school programs. After 14 years of work with more than 2,215 high school students (mostly grades 10-12), we have ample evidence that young people from diverse backgrounds can develop inventions with proper support. In fact, several teams have received patents for their work. We also have end-of-year survey results over a 14-year period from students that prove team-based experiences change students’ lives and educational aspirations.”

Businesses can play a key role in narrowing the invention education disparity, she says. “If we start from the premise that women are as capable as men when it comes to having a good idea for a solution to a problem, then what women need is the ability to connect with experts who can support them as they develop their invention, and funders who can cover their initial costs of developing and launching a business to make their solution available to others.

“Businesses can help by making employees available to young women as mentors and coaches, by investing in invention education programs, and by investing in the early stages of development and deployment of new innovations created by women. They can also help by ensuring that research and development teams are comprised of individuals from diverse backgrounds. … Equal representation is a start, but the cultural conditions must also support the diversity of knowledge, insights and expertise.”

Dr. Couch has personally benefited from many strong mentors in her career. When she interned in the California state capitol as a college student, she recalls that David Takishima, who was chief of staff to then- Assembly Member Steve Peace, provided her with many opportunities to develop expertise in the legislative process. “This resulted in a job opportunity with a lobbying firm that specialized in education. My career was launched!

“I’ve benefited from many fantastic mentors from the private sector and dedicated educators within the California Community College and the University of California (Davis and Santa Barbara) systems. I’m especially grateful to Dr. Judith Green of U-C Santa Barbara, who helped me grow and develop as a researcher in education specializing in interactional ethnography.”

Dr. Couch says the technology behind the World Wide Web is her favorite invention because of all of the instant information it makes available. Despite the information revolution that has taken place since the mid-1990s, she doesn’t see any big difference in the potential of young people today.

“I don’t think that the potential of young minds has changed,” she says. “We have always had great minds and untapped potential. I start from the premise that what people come to know and be able to do is a result of both working with our hands and minds to construct something and, at the same time, generating new knowledge through conversations and joint efforts with others.”

That said, the world-shrinking nature of the internet and now social media have been of great benefit for securing invaluable information connections and publicizing successes of the Lemelson-MIT prize winners and InvenTeam grantees.

“Our 15 high school InvenTeams receive grants from our program to cover the costs of their inventions, but they must raise funds to bring their inventions to a culminating event at MIT called EurekaFest,” Dr. Couch explains. “Thanks to social media, most teams are able to gain visibility and generate funding for the cost of their travel. This speaks volumes to the charitable orientation of the many people in this world who want to support the success of young people who are willing to help themselves and their communities.”

Fundraising is a never-ending proposition at Lemelson-MIT, which seeks to expand the program’s annual budget from $3.4 million to $5 million during a current five-year expansion plan. The organization seeks partners to co-sponsor the Lemelson-MIT student prize at the college level for both graduates and undergraduates.

So many who have been helped by the program are giving back.

“As the Lemelson-MIT Program worked through our strategic planning process, we found that the 213 former grantees across the nation who have engaged in our invention education grant program are eager to be part of a larger national effort to expand invention education opportunities for young people,” Dr. Couch says. “This led to our new fee-based professional development program and the creation of an online professional learning community that will enable invention educators to learn from one another. We have also developed partnerships and have collaborated on grant proposals with other organizations that share our desire to prepare young people for top-notch jobs in the innovation economy.

“We are now working to expand our programs through earned revenues, grants from federal and state governments, grants from other foundations, and through donations from private companies.”