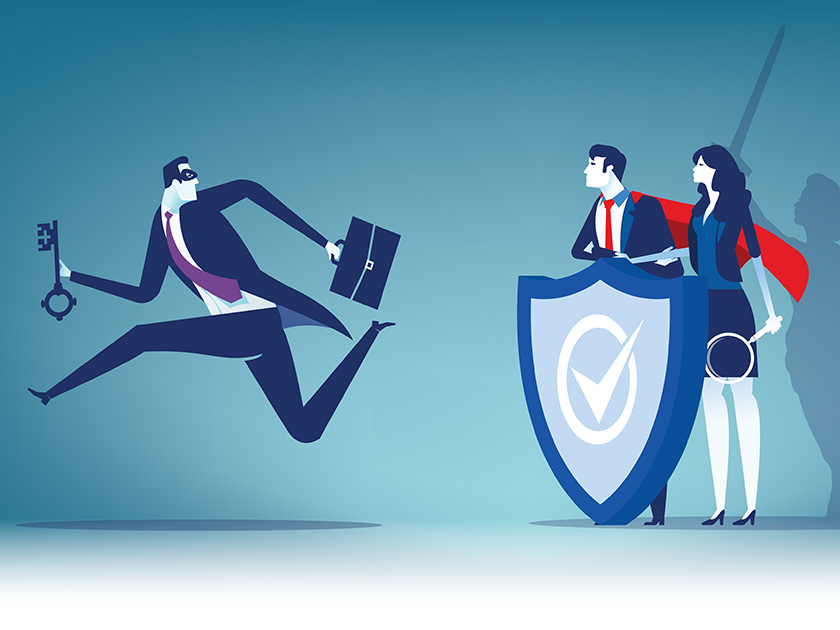 Recent momentum in support of the independent inventor continued recently on Capitol Hill when Sen. Chris Coons and U.S. Rep. Steve Stivers reintroduced the STRONGER Patents Act of 2019 on July 10.

Coons (D-Del.), Stivers (R-Ohio), U.S. Rep. Mazie Hirono (D-Hawaii) and U.S. Rep.   Bill Foster (D-Ill.) gave remarks, followed by a number of industry, inventor, business and university representatives who support the legislation. The bill is also being co-sponsored by Sen. Tom Cotton (R-Ark.). Coons and Foster noted the “huge ideological spectrum” represented by the various members of Congress who are supporting the bill.

“The STRONGER Patents Act recognizes the critical nature of the patent system and will help reverse a troubling trend of legislation and litigation that has weakened it over the past decade,” said The Alliance of U.S. Startups and Inventors for Jobs Executive Director Chris Israel in a statement. “The STRONGER Patents Act will make pragmatic and impactful improvements to U.S. patent law that will increase innovation, spur investment, protect U.S. intellectual property and make America more competitive.”

Innovation Alliance Executive Director Brian Pomper also issued a statement noting there has been an “alarming decline” in the U.S. patent system in recent years, and that “the STRONGER Patents Act takes critical steps to strengthen patent protections and promote American innovation and job creation.”

Although there have been several changes from previous iterations of the bill, perhaps the most important provision contained within it has been retained. That relates to injunctions for victorious patent owners who have proved infringement and who have also withstood all validity and other challenges to their patents.

Section 106, titled “Restoration of Patents as Property Rights,” would restore the presumption of injunctive relief upon a finding that a patent is both valid and infringed. The language in the STRONGER Patents Act of 2019 reads:

“(b) INJUNCTION — Upon a finding by a court of infringement of a patent not proven invalid or unenforceable, the court shall presume that— (1) further infringement of the patent would cause irreparable injury; and (2) remedies available at law are inadequate to compensate for that injury.”

If enacted, this provision would essentially overrule the U.S. Supreme Court’s decision in eBay v. MercExchange in 2006. In eBay, the Supreme Court ruled that the presumption that an injunction should issue to a victorious patent owner was inappropriate and that courts needed to apply the familiar four-part injunction test.

This has led to permanent injunctions being overwhelmingly denied since eBay. This is ironic given that a patent is merely an exclusive right—while an injunction, like the patent grant itself, is an order from a court to a defendant that has already lost that the defendant must not engage in certain activities already prohibited by the patent grant.

In a truly Dilbertesque manner, after eBay a patent owner has an exclusive right up until the point he or she has prevailed in litigation. Once that person has prevailed in litigation against a defendant that has been adjudicated to infringe and having withstood all defenses, the patent owner no longer has an exclusive right because there is no entitlement to an injunction. And injunctions are typically denied.

This is not how the law is supposed to work. The STRONGER Patents Act would recognize that infringement causes irreparable damage, and monetary damages are insufficient to compensate patent owners who are supposed to enjoy exclusivity.

The STRONGER bill Indeed, it would return patent law to fundamental principles of American law, which seeks to incentivize parties to resolve matters with arms-length negotiations and outside of the courts. The law is distorted and misstructured if parties are driven to the courts to resolve disputes because the law interferes with private resolution.

The theory that law should maximize certainty and minimize transaction costs in order to facilitate an efficient, arms-length negotiation of rights is known as the Coase theorem. The theorem is attributed to Nobel Laureate Ronald Coase, who says obstacles to bargaining and/or poorly defined property rights lead to an inefficient marketplace.

Coase’s wisdom can aptly be demonstrated by the current plight of the U.S. patent system. Before 2006, a victorious patent owner was typically the recipient of an injunction. That makes perfect sense, because a patent is nothing more than an exclusive right that grants nothing more to the owner than the right to exclude others from making, using, selling, offering for sale or importing that which is claimed.

Without the right to exclude, a patent is worthless. And without an injunction, infringers cannot be made to stop, so they don’t.

Without the ability for a patent owner to obtain an injunction, attorneys for infringers commit malpractice if they advise taking a license. After all, patents can be challenged at the Patent Trial and Appeal Board, where many will fall. Those that survive can be litigated again in district court, and serially challenged by others at the PTAB.

If the patent owner wins, there is always an appeal—and likely a retrial, given the U.S. Court of Appeals for the Federal Circuit reversal rate. If the patent owner wins monetary damages, the award will be remitted (i.e., lowered) because the federal circuit never likes awarding 100 cents on the dollar to patent owners. Of course, all of this will probably take a decade. How many patent owners have the funds to fight for a decade? They will give up.

Taking a license is indeed malpractice when it is so easy to challenge patents, so easy to tie up patent owners indefinitely, so difficult to get adequate damages, and virtually impossible to get an injunction.

eBay has so significantly tilted the playing field that arms-length negotiations of rights is impossible, which is why so many attorneys who represent infringers brag about simply throwing away, or circular filing, inquiry and notice letters they receive from patent owners. Infringers have no risk. They cannot be shut down.

The STRONGER Patents Act is an extremely important piece of legislation that would return sanity to the U.S. patent system. The most needed and important provision that would immediately return the system to an equilibrium between patent owners and infringers is overruling eBay, which is long overdue.