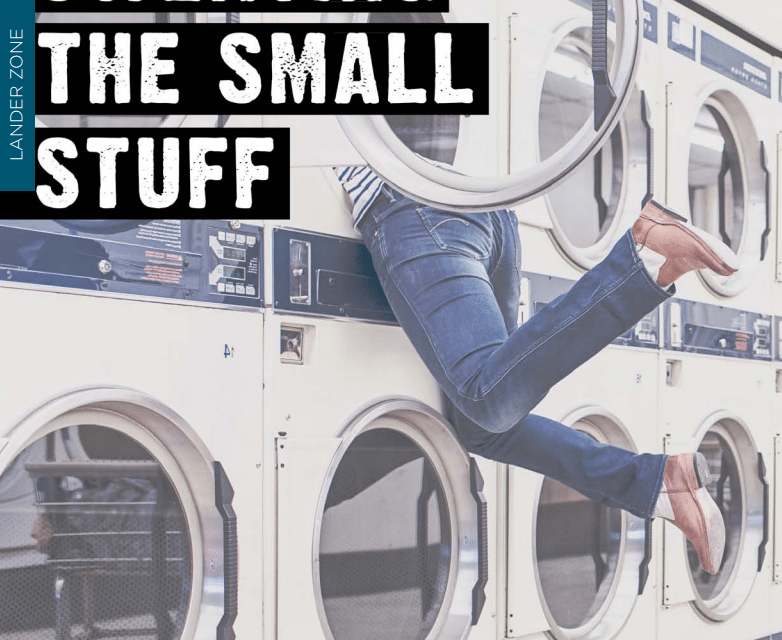 Small stuff. Who needs it? We do. For most of our inventions, we take pride in the “great idea” – the single outstanding, novel feature that was overlooked by inventors of the past. But less impressive features also have their place in our successes. The small stuff is found in two categories:

Adding useful features to an existing product is a great way to create a successful invention, because we know that the product has demand and a market channel through which to reach buyers. We also know that our potential customers recognize the existing product, and need only a short introduction to its new feature.

Inventing a novel product means that we have to convince potential licensees that a waiting market really exists – usually, a difficult goal to achieve unless we produce and sell before attempting to license. Such strategy is usually expensive, time consuming and risky.

An example of a very useful feature that was added to an invention that most of us use every day is the dimming feature on our car’s rear-view mirror. The rear-view mirror was invented by Dorothy Levitt in 1906, and remained substantially unimproved until a number of inventors, in the early 1960s, began thinking of ways to dim the blinding high-beam reflections from discourteous drivers behind them.

It is interesting to note that at least two patented methods of linking the mirror dimmer to floor switches have not been commercialized. Instead, we reach for the tab located on the mirror—a lesson in the KISS principle: “keep it simple, stupid.”

By adding a feature to an existing product for which any early patents had expired, the inventor of the dimmer mirror achieved patent protection that functionally covered the mirror, even though the mirror alone was not eligible for a patent. In other words, the mirror, by itself, became an essential component of a novel device that was adopted by all car manufacturers as “the mirror.” And, no doubt, the inventor of the dimmer mirror made a lot more money than Dorothy Levitt.

Of course, the dimming feature on the rear-view mirror is not “small stuff.” In fact, it became big stuff. But the principle of adding to an existing product having popular demand is sound, whether the addition is seemingly trivial or monumental.

Here’s an example of a patent on a trivial feature of a product that I had a part in developing. My partner in a women’s product (www.braballs.com) insisted on patenting a means of preventing the product’s hinge pin from migrating out of the hinge. Even though I had invented the feature, I favored using the patenting money for other purposes. (There’s never enough money in a startup.) That was four years ago. I now see at least one significant advantage in owning the patent on this minor feature:

When the main patent expires in 12 years, we will still have the advantage of a current patent. No competitor can copy our product exactly without the threat of being sued. The copycat will have to go through the delaying development of a new process for keeping the hinge pin in place. And his method, almost certainly, will be more costly than ours.

We also will maintain the consumer advertising value of the statement: “This product is protected by one or more patents in force.”

Many inventors overlook the value of simple, yet functional, features in their inventions. These features generally arise from extensive testing in the prototype and the pilot run phases. One common example is that of component assembling. Designing parts that snap together as a way to avoid more timeconsuming assembly sometimes is overlooked in the first production designs. By patenting these trivial features, you may prevent future competitors from using them, and thereby requiring more costly means of producing the competing product.

Whether we plan to license our invention, or produce and market it, determines how serious we get about the small stuff. A “deep-pockets” corporation may patent anything that seems to have some value. This is referred to as building a “patent fence” around the product – a fence so impenetrable that it will discourage even the biggest and best of competitors from attempting to work through it. Litigation is expensive and time-wasting.

An individual, or small company, is typically conservative about filing successive patents on its products, even though it finds new features that improve its design. That’s why it’s important to “work out the bugs” before filing, and include the debugged small stuff in your initial patent application. If you can’t afford a small “pilot run” before attempting to license, at least test your invention in its prototype state under the most realistic conditions available.

A pilot run is some small quantity – perhaps 25 to 50 pieces — that is almost always produced at a substantial loss, with little or no volume-production tooling. Its objective is to determine market reaction, and discover any bugs or missing features, not to make money. The down side to waiting until your design is more or less perfect is that another inventor, unaware of your invention, might file first and legally obtain the patent, even though you began your development work first.

The trend today – at least for inventions that aren’t complicated — is to avoid a show-and-tell physical prototype altogether, and prepare a good sell-sheet that acts as a virtual prototype. This scheme shifts the cost of market assessment and final design to the prospective licensee. However, some of the small features may escape you until you create a working physical prototype. Whether the sell-sheet (virtual prototype) approach is right for you depends on the amount of money you have to invest in your project, and whether you can spend a year or two visiting trade shows and corporations in order to land a licensing agreement.

An invention is like a shoe. The person who wears a pair can walk farther and more safely with them than without them. The small stuff is like a tiny pebble in your competitor’s shoe. It doesn’t stop him from walking, but he can’t go as far or fast as you can.