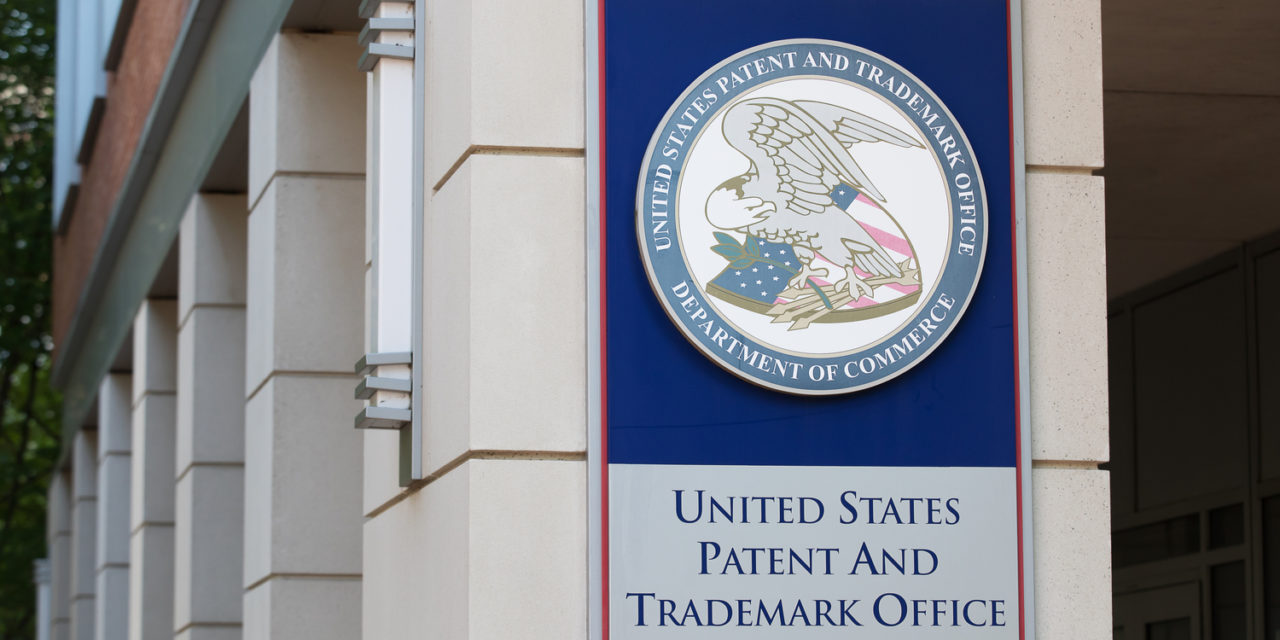 “If you don’t like what’s being said, change the conversation.”

That memorable line from the TV show “Mad Men” has had unmistakable relevance—and urgency—for the United States Patent and Trademark Office.

In the past several years, the storied government agency endured the fallout from findings that more than 400 of its patent examiners  cheated on their timecards, costing taxpayers about $18 million in potential waste; concern and outrage over its Patent Trial and Appeal Board that, through inter partes review proceedings that challenge the validity of patents, is often perceived as favorable to corporate infringers; confusion over what is patent-eligible subject matter; and speculation about USPTO Director Michelle Lee’s sudden resignation in June 2017.

Most damaging overall had been a growing sense for much of the decade that patent owners’ rights were being eroded. In explaining the United States’ fall to 12th place in its annual Global IP Index earlier this year, the U.S. Chamber of Commerce basically said that the infringers are winning.

“Innovators and creators face a challenging environment for protecting their IP,” it said. “Patentability standards and patent opposition procedures continue to create uncertainty for rights holders.”

Yet the nature and tone of conversation about the USPTO has improved in 2018. There has been no slick-as-Don Draper’s-hair PR campaign from the patent office, no dramatic overhauls, no promises that would be impossible to keep.

What there has been was the USPTO’s public acknowledgement that some of its internal processes and bodies warranted scrutiny and change—and action that backed those words. There was a 10 millionth patent celebration that captured the nation’s imagination while reminding its people about the major role that patents play in our economic system and entrepreneurial spirit. Perhaps most important, there was Senate confirmation of Andrei Iancu as the new leader of the USPTO.

When Iancu began as undersecretary of commerce for intellectual property and director of the USPTO in early February, he said all of the right things about the crucial role of the U.S. patent system in the world economy and how he would oversee changes to restore faith in that system. He came with a sterling reputation and proven experience in commercial litigation and intellectual property law.

IP experts were cautiously optimistic but said action would be the true barometer of progress. They didn’t have to wait long: On March 29, USPTO Solicitor Nathan Kelley filed a motion with the U.S. Court of Appeals for the Federal Circuit seeking to withdraw as intervenor in the Telebrands/Bunch O Balloons infringement case. He explained that Iancu decided “not to advocate for a particular approach in this appeal” because the USPTO was actively reconsidering the PTAB’s approach to claim construction and indefiniteness—unmistakable confirmation that PTAB practices would be under review.

A couple weeks later, in his first public speech, Iancu acknowledged a shifting tide against patent owners and pledged to both create a new pro-innovation, pro-IP dialogue and increase the reliability of the patent grant. Later, while testifying before Congress, he said the PTAB was a candidate for reform.

April brought new USPTO guidance relating to patent-eligible subject matter under U.S. Patent Code Title 35, Section 101. The memorandum said the USPTO is determined to provide “clear and predictable patent rights” in terms of subject matter eligibility and may issue “further guidance in the future.” The agency later issued other guidance memos in the wake of individual court decisions.

Louis Carbonneau, founder of Tangible IP and a monthly contributor to Inventors Digest, is among those who have lauded Iancu’s efforts with regard to subject matter eligibility and an improved patent climate overall. He wrote that Iancu is “unabashed in his desire to tackle the Patent Act Section 101 beast with the goal of returning some certainty to what actually constitutes patentable subject matter.”

He continued: “It is clear that Iancu has completed the diagnosis part of the job and is ready to push an agenda that should re-establish a more balanced relationship between patent rights holders and the legal system.”

Slowly, the hulking shadow of the “patent troll”—a derogatory term referring to the use of patent infringement claims to win court judgments for profits—began to lighten. Growing bipartisan support of the STRONGER Patents Act, filed in Congress in March, continued the momentum.

Media buildup and speculation about when U.S. utility patent No. 10 million would issue was as exciting as the milestone itself. The USPTO took advantage of the occasion to create a 10 millionth patent website and chronicle the rich history of patents, the office’s 200-plus-year standing despite devastating office fires and wars, and the colorful figures who have been essential to the process. In June, Inventors Digest produced an eight-page section—with the help and endorsement of the USPTO—to help commemorate the occasion.

Legal blogs in particular were immersed in the exercise of predicting the date of the big patent. IPWatchdog broke down 2018 patent grants into weeks while correctly arriving at a date of June 19, also based on the fact that the USPTO only issues patents on Tuesdays.

Amid the excitement, IPWatchdog founder Gene Quinn—who also contributes monthly news stories and analysis for Inventors Digest—wrote that “optimism (for a better patent climate) is high, and hope is real. People really believe that Director Iancu is about to bring meaningful reforms.”

Arguably of greater note, on September 20 the USPTO said the PTAB “substantially revised its standard operating procedures regarding paneling of matters before the PTAB and precedential and informative decisions.” The assignment of judges in particular had been a source of some criticism.

Reaction in IP circles was almost universally positive. “These new SOPs are a major change to how PTAB panels will be comprised, and how precedential opinions will be designated,” wrote Quinn. “Given Director Iancu’s speeches, actions and apparent desire to have a more patent owner and innovator-friendly Patent Office, these revisions will likely be game-changing.”

The TechPats blog wrote that “Perhaps most important with the … update(s) is the understanding that the USPTO and PTAB are acting more uniform and that the Director is the clear head of the Office.” TechPats noted the proclamation in a September Forbes magazine story that “There’s a new intellectual property sheriff in town.”

Not every major development this year has been pro-patent: The long-awaited April 24 decision in Oil States Energy Services, LLC v. Greene’s Energy Group, LLC, which upheld the constitutionality of inter partes review proceedings, was a letdown for those hoping to see the end of IPR. (The Inventor Protection Act, a bill introduced into the House of Representatives on July 26, seeks to help undo some of the effects of recent federal court rulings that have hurt the ability of patent owners to enforce their patent rights against infringers.)

So TechPats and others are taking a wait-and-see approach in terms of whether patent owners will see lasting change. Much remains to be done. The threat of knock-offs is still a crippling disincentive and reality for many inventors; expenses associated with obtaining and maintaining a patent are considerable; and rulings still often favor deep-pocketed, corporate infringers over small inventors who are simply trying to protect what’s rightfully theirs.

No major institution will ever be free of issues, including the patent office. But many developments this year are promising as the USPTO works to further the ideals of creativity and the entrepreneurial spirit.

Such energy and optimism was well conveyed in a recent writing on IPWatchdog.com by John White, director at patent advisory and finance firm Soryn IP.

“Be amazed at what the patent system has wrought. If you ever want a pick-me-up, flip through the first 50 pages of any recent Official Gazette from the PTO. Just look at what is issuing week to week. Astounding. The scope and creativity revealed in those pages is impressive.

“Simply put: These pages reveal the future; and, the owners of that future. Everything you rely on today, i.e., your phone, your monitor, your car, your pharma, your food prep and delivery, your mattress, your digital existence, etc., was conjured up and protected a decade back, when you were doing something else. …

“In addition, these patents spawn the alternative futures that can also come to exist. You see, people other than me read patents as well. I can relate anecdote after anecdote of client companies whose engineers have pored over the patents of others, and taken entirely different routes to a similar future. Also, patented. Which, in turn, led to more creativity, etc. They took the alternative route because they wanted to innovate, or were forced to in order to avoid an infringement complaint.

“You get the picture. Protected innovation sets the stage for more of the same. Unknown and unknowable to the originators of one variant, they are directly responsible for the emergence of more variants. More futures. The market will decide who chose the better path.”

Three major dates that helped change the conversation about the United States Patent and Trademark Office in 2018:

September 20—The USPTO announced a series of changes to substantially revise standard operating procedures at the long-embattled Patent Trial and Appeal Board.