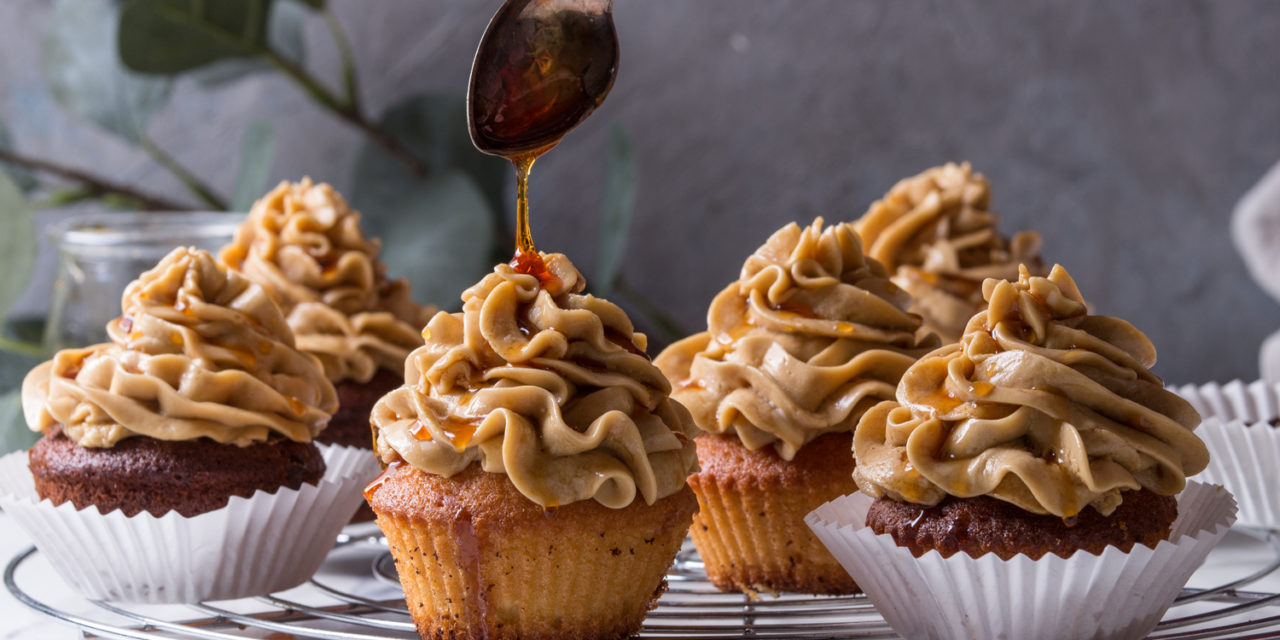 The inventor of The Cupcake Rack was checking her emails and Facebook messages late last year when she spotted a video advertisement sent by one of her favorite customers. Because the ad was for a product that makes it easy to create cupcake bouquets, her friend wondered whether this was copyright infringement.

Crouch watched the video over and over. “It was my product, The Cupcake Rack, but it was advertised as The Tasty Bouquet!” she said. At first “I was actually a little bit giddy and flattered that Allstar, a top rated direct-response TV company, had copied my product. But having an issued patent, I thought that I could fare well with this replication.  After all, isn’t that one of the reasons inventors file for patent protection?”

But the more she thought about it, “the more it didn’t seem right.”

She was about to embark on a challenging journey that served as a reminder to all inventors: While you’re fighting to overcome obstacles associated with your invention, the rest of your life will go on—and may pose other hurdles that will test your strength in ways you had not imagined.

From bad to worse

Crouch immediately contacted family, inventor friends and patent attorneys she knew on LinkedIn. She resisted the urge to blast the supposed infringers on social media, wanting first to have all of the facts.

She even placed an order on Amazon for the new advertised product to see it in person, receiving a replication of The Cupcake Rack that was slightly lighter in weight and a little less shiny.

Worse news was coming. “After a few attorneys reviewed my patent, it was determined that my utility patent was weak and not necessarily enforceable in a court of law under these circumstances,” she said. Crouch was further shocked to learn that anyone can copy any unpatented product, manufacture it, and sell it without any repercussions—and because her product was basically unpatented, Allstar did nothing wrong. It was not infringing.

“I didn’t have a leg to stand on!” she recalled. “I was horrified, it was Christmastime, everyone was on vacation, and I was bawling my eyes out every single day.”

She turned to inventor friends: Scott Dromms, Edison Nation’s vice president of licensing and intellectual property; Edison Nation 3D modeling expert John Vilardi; inventor/author Greg Myracle; The Market Institute founder Charlie Sauer, Invention Stories Podcast host Robert Bear, and more. “Greg wrote an email to the company and asked if they knew that the product they were selling was invented by me,” she said. “I am so grateful for his initiative.”

Soon she was communicating with Allstar CEO Scott Boilen. “Even though it was the holidays, Scott responded to me immediately and asked if we could have a phone conversation as soon as he returned to work. We set a date to speak, a great relief.”

Still unsure how to proceed, Crouch contacted Enventys Partners and Edison Nation CEO Louis Foreman—also the publisher of Inventors Digest. She had met him at a Las Vegas trade show in 2013; he helped her prepare for the eventuality that her utility patent would be rejected by advising her to call the patent examiner afterward to find out which details are needed to get the patent approved.

“His first reaction was one of disbelief, that this could have happened with Allstar,” she said. “Scott’s reputation is impeccable.

“Louis also said that with a weak patent, if Scott wanted to, he could just tell me to go get a lawyer.”

Foreman told Crouch that his partner, Todd Stancombe, is a friend of Boilen’s and that he would ask him to contact him. After the new year, she spoke with Boilen and Allstar Director of Merchandising Trish Dowling.

“Scott explained that he hadn’t known that I was the inventor of The Cupcake Rack and that somehow the history and background of my invention had slipped through the cracks while Allstar was producing The Tasty Bouquet,” she said.

“He was apologetic and kind. He then offered me a referral agreement, which I accepted, and he and his team have kept in contact with me to let me feel included with their marketing and advertising.”

Boilen said: “Once we spoke, it was easy to make a fair deal for both sides. A true win-win situation, as Liz is going to be a big help in giving the product its best chance to succeed.”

Crouch was convinced that “obstacles may look too difficult to overcome sometimes, but God can have a way of taking care of things in just the right way!” This was underscored later.

The Cupcake Rack was conceived in August 2012, when Crouch’s daughter was pregnant. “Throwing her a baby shower, I wanted to impress her guests with a gorgeous cupcake bouquet instead of a traditional cake,” she said.

In her mind, the design was simple. “I had seen some really beautiful cupcake bouquets and just figured that if I made one, I would want it to look like a bouquet of flowers sitting in a flower pot.”

She hired a local engineer to perfect her creation, which she envisioned as hard plastic, dishwasher safe, durable and affordable.

“After several weeks of excuses, he finally came up with a design that looks like a spaceship and cannot be mass produced. In tears, I went to my husband, Roy. He came up with a prototype for me—one with iron rings melded together—and a mighty fine one, too!”

Unable to find a manufacturer in the United States, her preferred choice, she was referred by a contact to the website Alibaba.com. The site features ratings by customers, and she found a possible match in China.

“Putting down the initial payment for a container full of product to a Chinese manufacturer is quite a risk,” she said. “I had heard horror stories of overseas manufacturers but decided to do it.”

Now she considers her manufacturer “like my Chinese son”—a byproduct of one of the biggest scares of her life.

From tragedy to miracle

In 2013, Crouch learned that her infant grandson, “Little Roy,” had been hospitalized, unconscious and unresponsive. Her daughter’s boyfriend, who had been baby-sitting, said the 6-month-old fell off the couch.

The child’s injuries strongly suggested otherwise. A neurosurgeon told family members there was no hope; Little Roy’s brain was swelling, his skull fractured, a leg broken.

Doctors drilled a hole in his skull to relieve pressure on the brain. Later, they removed the right side of his skull to allow room for swelling.

The brain kept growing. Little Roy kept breathing. “We were encouraged to be cautious with our hopes of the outcome because if he woke up, and that’s a big if, he would surely be a vegetable,” Crouch said.

“My world stopped. I could not do a single thing except kneel and pray, day in and day out. I couldn’t leave the hospital. I had to be there for my daughter and for my grandson. …

“I contacted my manufacturer and told him what was happening. He told me not to worry about a single thing with the order. He would take care of it, fill the container, ensure that it was shipped off, and he would keep me updated via email every single day—and there would be no need for me to respond, just stay at the hospital and pray.”

When the child woke up, he drank from his bottle and breathed on his own after doctors removed the tubes. The rest, Crouch said, is nothing short of a miracle.

“He can now see fairly well out of one eye, he can walk, he talks, he’s funny, he’s precious, and he now goes to kindergarten! God surely answered our prayers.”

Crouch now exchanges gifts with her Chinese business contact and friend. Her relationships have been one of the most satisfying aspects of inventing.

She was researching inventing online when she found out about Edison Nation. “I soon became a member and loved all the like-minded friends I met there, along with all the great information through the forums from inventors. The support and love from the EN members was priceless, especially because on my journey a tragedy occurred in my family—a tragedy and a miracle.

“I had been writing about my journey in the forums in a post I titled ‘Waiting for my ship to come in.’ The name came about because when my manufacturer was finished with my container, I drove up to Astoria, Oregon, to literally watch my ship come in as it crossed over the Columbia Bar from the Pacific Ocean to the Columbia River on its way to Portland, Oregon, to the shipping yard—where it then was put on a truck to be brought to my residence, where we ship out our product.”

Crouch’s invention is so simple—just insert 19 homemade or store-bought cupcakes into the rings of the rack—that she seems both proud and surprised. In fact, she was so convinced that someone would beat her to patenting her idea, she might have rushed the process.

“Be extremely careful with your wording, claims and functions of your invention when writing your patent application,” she said. “Be clear, specific, not too broad, and not too narrow with your claims.

She emphasized: “To be infringed upon, the infringer must infringe upon every single element in a claim.”

It’s also important to update your patent if necessary; the process allows two years from original date of approval. “I should have updated mine, eliminating some elements of a claim that were no longer relevant, and then maybe it would not have been so weak,” she said.

The hard lessons have been more than offset by favorable reviews, the friends she has made, and the thrill of winning a pitch competition on MSNBC’s “Your Business”; appearing on shows such as “The Monday Night Show With Adam Freeman” on HSN and “Steve Harvey”; and guesting on “Entrepreneur Elevator Pitch.”

She is even grateful for those hard lessons, each one strengthening her for the next. She is prepared to be unprepared for the adventures ahead.

“There is always going to be an obstacle while you are inventing, and life is full of them, too,” she said. “Seems every time you get over the obstacle, bam! There’s a wall in your face and you’re doing it again. But every time you have an obstacle, it’s a learning opportunity.”

Favorite saying: “It is in giving that we receive”—St. Francis of Assisi