Tech That May Grow on You 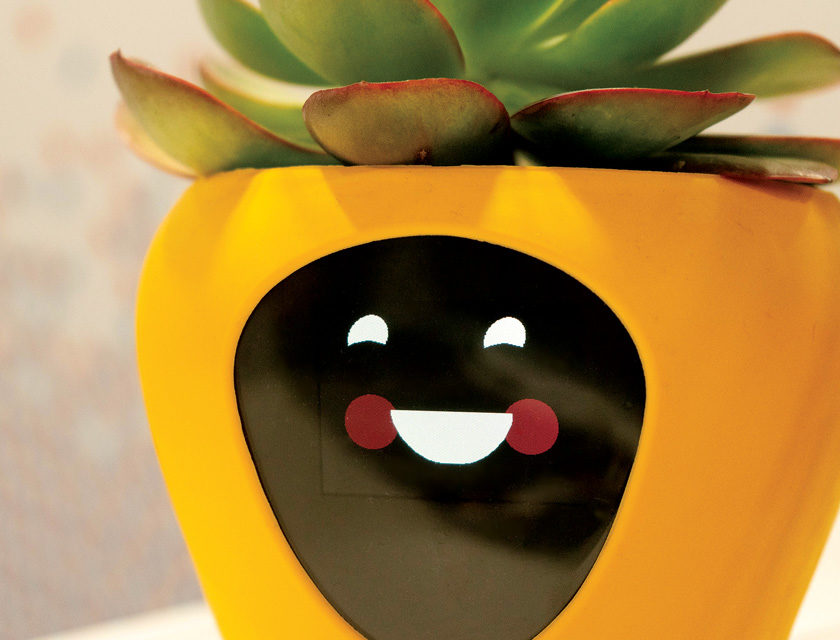 Riego is a smart watering device; Sherpa Tunable Light is designed to provide optimum light for all stages of plant growth; Lua is a planter with sensors that communicates progress via LCD screen animations.

Plant growers may seem like a docile crowd, but they are often looking for an edge.

Whether growers of tomatoes, roses or azaleas, some plant lovers want their results to be bigger, brighter, or more exotic than that of their friends—and invest in any product that may help their goal. Gardeners usually turn to a special potting mix or fertilizer to get the most from their crop of choice, but now there are many electronic devices that can help grow plants better.

At this year’s Consumer Electronics Show, held each January in Las Vegas, three start-up companies debuted products that are sure to be the next must-have kit for casual and serious plant lovers.

Riego is a smart watering device for indoor plants that was invented by doctor and plant lover Manuel Caceras.

Riego, which means “watering” in Spanish, provides nourishing water for up to five indoor plants. The main component of the patented system is a smart watering tank that holds about 2.5 gallons of water; the pump inside it can automatically water your plants via its smartphone app.

The system also has a sensor that can be placed in a planter to measure the moisture, light, temperature and humidity of the plant’s surroundings. It reports this data to the app for growers to see the real-time conditions of their growing area. The system will retail for about $150 when it starts shipping in 2021.

Caceras and his wife, Maria, started work on the Riego device in 2014 in their hometown of Charleston, West Virginia.

They had a greenhouse, as well as a number of indoor plants. The couple set up an automatic irrigation system to handle watering their greenhouse and wondered why nothing was on the market for indoor plants.

Manuel found a submersible pump and created the first prototype of the device. Shortly thereafter, he contacted Charlotte product development firm Enventys Partners to help continue the development. The company’s industrial design and engineering team helped develop the ecosystem, added IoT capability, and built the prototype that debuted at CES.

“I wanted to create a device that was intuitive and worked really well for the indoor gardener,” Manuel Caceras said. “So many people kill plants because they do not pay attention to their watering schedule. The Riego is great for amateur and experienced growers, as it takes the guesswork out of plant care.”

Riego launches on Kickstarter in March and will ship in early 2021.

Sherpa Tunable Light is designed to provide optimum light for all stages of plant growth. The light is a tunable, full-spectrum LED plant light that is being developed by Dr. Choa Mun Yun from Daejon, South Korea.

The light uses a common blue LED for the light source and features a layer of quantum film that converts blue to other wavelengths, depending on the needs of the plant and the quality of available light. Sherpa can be used as the only light source for light gardens. Combined with the Sherpa Eye light sensor, it can also be used as supplementary light for greenhouses or other grow spaces.

The concept behind Sherpa is to optimize the light being provided to plants, which experience different intensity and quality of light throughout their growth cycle.

For example, a strawberry takes about 6 weeks from when its seeds are sewn in the late winter/early spring to when it flowers and fruits. The sun has a completely different day length and light quality profile at the beginning of a strawberry’s life than when it starts fruiting. The Sherpa light can read what the plant is getting for light and add what is missing that it needs.

“This kind of function can reduce the energy (of the light output) for maximum growth, and we can enhance the ingredient or the specific content of the plant,” says Dr Choa. This allows better and faster growth, altering the compounds being formed inside the plant to make the fruits taste better.

The Sherpa, which won a CES 2020 Innovation Award, is still in the research stage of development. The first units will be available for commercial growers within a couple of years, with the consumer version about five years out.

Lua is based on the fact that plants are in a different kingdom of living beings than humans, and they would be much easier to take care of if they could tell us how they are feeling.

Vivien Muller, an Industrial designer from Luxembourg, felt the same way and developed the Lua smart planter to give plants a way to speak our language.

The Lua is a planter with sensors for light, moisture and temperature and an LCD screen that shows face animations to communicate to the grower how the plant is doing. When the plant has enough light, water and the right temperature, the screen shows a happy face.

The faces change if the conditions are outside of the optimum range. For example, the face grows fangs and looks like a vampire when it is not receiving sufficient light.

This invention was based on a personified home monitor device called the Ulo that Muller had brought to market. The Ulo had a face like an owl, with expressive eyes to create a more human connection between the device user and monitoring device. The idea of deeper connection was carried forward with the Lua planter.

“The main idea is to create a layer of emotion on top of technology, another new way to interact with devices,” Muller says. “The planter seems like the best way to transform something that you cannot understand (the plant’s needs) … and translate that into something that is easy to understand.”

Lua, which completed a successful Indiegogo campaign last year, is available for pre-order for $110 through the same platform. Devices ship in the first quarter of 2020.