Thanks for Their Giving 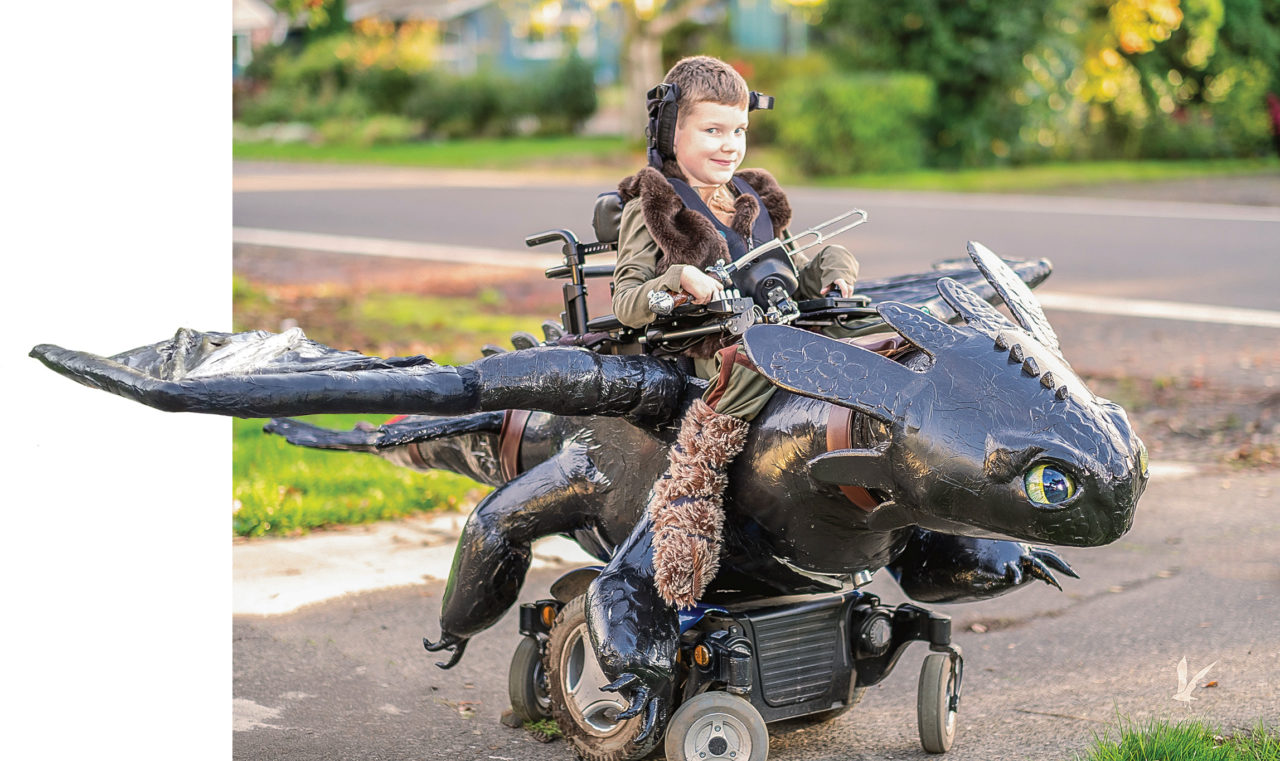 Here are just some of the many in innovation who give back to society, and to inventors

Rus Wadia is a friendly looking sort, but at one point during a recent interview with Inventors Digest his expression grew serious. He leaned closer. He meant business, and in a good kind of way.

“We want people to hold us accountable,” he said. “I know there will be times when business imperatives will kind of try to nudge us in a slightly different direction. Our commitment to social responsibility is at our company’s core, so that’s reflected in our name: Helping Hands Innovations.”

In 2011 Wadia and his wife, Farida, founded HHI, a Charlotte philanthropic entrepreneurship that partners with not-for-profit InReach (inreachnc.org) in the same city. For 42 years, InReach has worked with people who have intellectual and developmental disabilities. InReach assembles all of the components of Hangeroo – picture hanging tool a simple, eco-friendly invention made in the USA that facilitates quick and precise hanging of a wired picture frame or mirror onto a common picture hook. A donation is made to InReach for every Hangeroo kit sold.

“So far, the record has not been stellar in terms of employing people with those kinds of disabilities as part of the manufacturing process,” said Rus Wadia, who was a Boy Scout while growing up in India. “We want to change that.”

Wadia’s long-term goal for HHI is “to continue to work with nonprofits as we grow and expand our commitment to them”—part of the LLC’s mission to “do well by doing good.”

Janice Chandler, chief human resources officer at InReach, has worked with Wadia since 2013. “He’s given us the opportunity for the job to fit the person, rather than the person to fit the job,” she said. “It’s neat that this is an invention, it’s local, and it’s fun.”

Of course, HHI is among many entrepreneurial organizations associated with the partial donation of proceeds and/or time to help others. On the larger end of the scale, Bellevue, Washington-based Intellectual Ventures (intellectualventures.com)—one of the top five holders of U.S. patents—supports numerous invention-related foundations, programs, competitions, exhibitions and initiatives with a primary focus on invention,  STEM education and the IP industry.

That got us thinking about other entities—namely, nonprofits—that innovate for the less fortunate or work to promote a greater good, such as inventing. In this season of giving thanks, here are some innovation-related nonprofits that help drive the cycle of giving back. — Reid Creager

Helping Those with Physical Disabilities

When you’re building costumes as elaborate, creative and as loving as these, Halloween is a year-round event. Magic Wheelchair (magicwheelchair.org), a nonprofit that builds custom “costumes” for children in wheelchairs, was founded by Ryan and Lana Weimer of Keizer, Oregon in 2014. Three of their five children were born with spinal muscular atrophy, meaning they will need wheelchairs for their entire lives.

Program guidelines call for kids—with their parents’ permission—to submit a 1-3-minute video telling them what costume they want for Halloween (or a parade, celebration, or another event) and why they should be selected for this year’s Magic Wheelchair Build. Magic Wheelchair reviews the submissions and selects five children, who work with designers and builders to create the ultimate wheelchair costume in time for their event.

The concept began when Ryan Weimer asked his son, Keaton—diagnosed with SMA at 9 months old—what he wanted to be for Halloween 2008. Keaton said he wanted to be a pirate, and his dad’s imagination went into overdrive. “I didn’t know how I was going to do it, but we ended up building a pretty cool pirate ship around his chair,” he says.

Weimer was gratified not only by his son’s response but the responses of others. “It changed people’s perspective in how they saw him. That barrier we had at first was gone, people not knowing whether they could come up and say hi. People now saw my son before they saw the wheelchair. Kids didn’t hesitate to come up to him and talk to him. People were finally seeing my son the way I saw him, just as a really cool kid. Other families, they need to have that experience.”

Ryan and Lana are aided by a growing army of volunteer builders but are always looking for more. Especially in the organization’s initial stages, “it was like being Santa Claus and having one elf in the shop,” he says. The organization now has 21 build teams in various numbers throughout the country, up from six teams a year ago. Their creations have been featured on diverse media ranging from NBC News to The Huffington Post to MTV.

This year’s costume reveals for Halloween include a Mickey Mouse train; a mermaid riding a sea turtle; a couple of Batmobiles; even a kitchenette for a young man who wants to be a cook, “with a stovetop and everything, for him to cruise around in.” Weimer says his goal for the not-too-distant future is “to be the Make-A-Wish of wheelchairs.”

Asked how he and his wife find time for this massive project while caring for their own five kids—three with special needs—he pauses and says: “I don’t know. I’ll sleep when I’m dead, I guess. … You want to do as much as you can for them because we don’t have the luxury of watching our kids grow old.”

The Beacon Visionary Plus Challenge (visionarychallenge.co.uk) is a competition launched by Beacon Centre for the Blind (beaconvision.org) based in Wolverhampton in the West Midlands, England. The event aims to inspire businesses, groups and individuals to develop products and services to improve the well-being of all people with sensory impairments.

Nick Comley, head of social finance, said: “We believe there are lots of inventors out there who have great ideas who don’t call themselves inventors. They may be careworkers or people who had a flash of inspiration that they put on the side. We want to accelerate those ideas. We’ve all seen fantastic things that are in research and development, but they can take 20 years to become usable products.”

The purpose of the prize (about $25,000 in U.S. dollars) is to help people turn their ideas into prototypes and have them viability tested. Those ideas will go to a panel that will look at them and judge them on their possible financial returns and the difference they can make for people with sensory impairment.

The Washington, D.C.-based Intellectual Property Owners Education Foundation (ipoef.org) is a nonprofit organization devoted to educational and charitable activities designed to improve intellectual property rights. It recently collaborated with writer Neil Milton on “Intellectual Property Law for Dummies” (ip-for-dummies.com), a handy guide to all basics of IP law that serves as an excellent marketing, education or outreach tool.

Innovation Alliance (innovationalliance.net), also based in Washington, is a coalition of research and development-based technology companies representing innovators, patent owners, and stakeholders from a diverse range of industries that believe in the critical importance of maintaining a strong patent system that supports innovative enterprises of all sizes. Its savetheinventor.com urges people to take action against harmful patent legislation that can threaten U.S. innovation. Innovation Alliance’s position: “Changes to our patent laws should be narrowly focused and crafted in such a way that they preserve the role of an independent judiciary and are not overly burdensome on stakeholders.”

The National Inventors Hall of Fame (invent.org) says it is “committed to honoring visionaries, inspiring inventions and challenging the next generation. Our incomparable archives celebrate the life-changing achievements of U.S. patent holders, and our innovative programs cultivate the emerging inventor in every student.” Its Hall of Fame selections, inducted each May, are among the most influential contributors to society in any number of disciplines. The Hall of Fame is located within the United States Patent and Trademark Office in Alexandria, Virginia, nine miles from Washington, D.C. The Hall of Fame also operates the Collegiate Inventors Competition; Invention Project for youths; and Camp Invention.

LegalCORPS (legalcorps.org), which connects volunteer lawyers with small businesses and nonprofit organizations in Minnesota, has come up with the Inventor Assistance Program—said to be the first program in the United States to provide free legal representation to low-income inventors seeking to patent their innovations with the USPTO.

San Francisco-based Invention Hub (inventionhub.co) is part nonprofit workspace, incubator of socially good businesses, corporate brainstorming hub, and a job creation program. Among its projects: Not for Sale, a nonprofit that fights human trafficking and is creating a training program for survivors.

Inventors Digest’s state-by-state listing of inventor groups can be found at inventorsdigest.com, under Resources. (The list includes only the names and contacts of inventor groups certified with the United Inventors Association. To have your group listed, visit www.uiausa.org and become a UIA member.)

As vice president of the recently formed Edison Innovators Association (edisoninnovatorsassociation.org) in Fort Myers, Florida, Cathy Solich relishes the importance of contacts nearby and in other states. Before traveling to other states, she would routinely check Inventors Digest for clubs. “By attending other groups, I made new contacts as well as took notes to bring back to our board on how other groups operated,” she said.

“As an inventor with two patents under my belt, I am proud to say that my products went from an idea to production and into big-box stores without a deal from a shark. … Without the moral support, the contacts I made and what I learned from other members who shared their experiences, I could not have done it without the inventors group.”