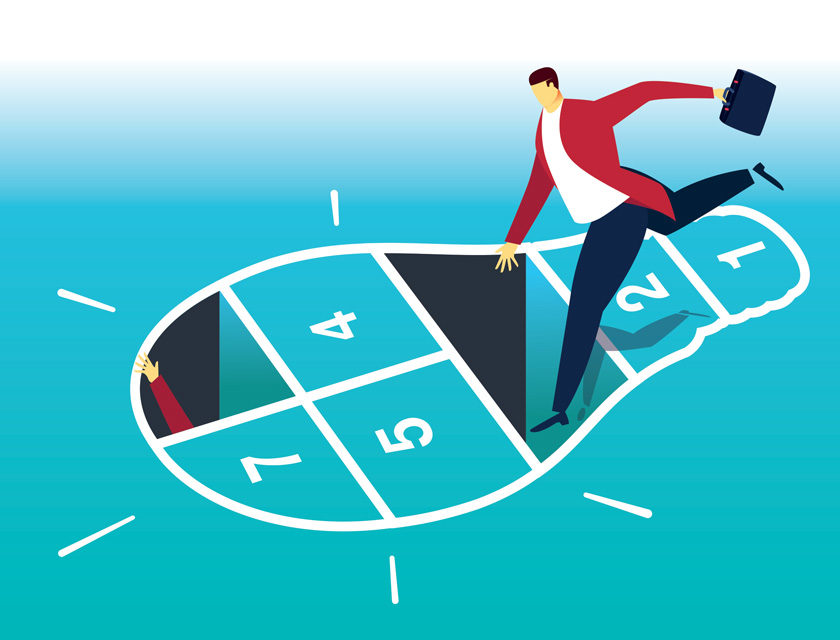 When inventing on purpose, be sure you are clear of these obstacles to success

If your futuristic invention requires overcoming market resistance, your venture may be doomed even though you are convinced of its practical necessity.

Two months ago, my column emphasized the risk of investing in a “spontaneous invention.” Such an invention usually arises from a eureka moment and yields a product that is likely to flop.

Check out these seven considerations that can save you a lot of time—and maybe a small fortune:

The invention came too early.

Many inventors are blessed with creativity and the ability to see into the future.

For example, we know that industrial robots are prevalent in manufacturing businesses. The three essential components of a robot: arms and hands that can be moved freely; motors that can be stopped at any degree of rotation; and a programmable controller that directs the motions.

Each of these items has been available for many years. But the cost of the complete assembly had been high, and business owners were skeptical early on.

Like many newfangled inventions, it may take a generation to form the new normal and create not just grudging acceptance but the necessity of using the device in order to compete.

The point is that if your futuristic invention requires overcoming market resistance, your venture may be doomed even though you are convinced of its practical necessity.

That doesn’t mean it won’t eventually succeed. It means that it belongs in the hands of a relatively large company that can wait out and fund the time it will take to create a profitable market.

“Well,” you say, “then I’ll patent it and license it to the big company.”

Yes, that may work. But finding a champion who will immediately understand the future potential of your invention is not easy. You’ll run into a lot of excuses about why companies aren’t interested in your great idea. Mostly, they don’t have the imagination or the guts to gamble on an untested concept.

That may sound like I have an unfounded prejudice against large companies. I hope not. I’m basing my judgment on the feedback I’ve received from many of the inventors I’ve helped over the past quarter century.

The difficulty is not only the faults of the large companies. The inventor’s obligations include knowing how to reach the receptive individual, usually the director of marketing; having a well-designed sell-sheet, and persisting when rejected.

And by persistence, I don’t mean pestering. I mean going on to the next prospect when you’ve become convinced that you’ve lost the battle. In general, strive for inventions that you feel are currently needed.

An inventor once asked me to help him find a market for his invention. It leveled those annoying restaurant tables that teeter from one position to another, causing spilled coffee.

The product was a well-designed pair of wedges that interlocked in a variety of positions. The problem was that these two very small pieces of plastic looked as though they should sell for less than 50 cents. Even in a package of 10, they couldn’t command a price that was high enough to interest the restaurant suppliers.

It’s already on the market.

Searching for competing and complementary products in retail stores used to be one of the inventor’s ways to judge whether there was a market opportunity for their invention. Not so much anymore.

Many retail stores have gone out of business due to the competition from Amazon. But some stores are still useful because customers want to see and touch the item they intend to buy. Dick’s Sporting Goods is a good example of a chain (850 stores) that apparently has been thriving.

Hardware stores are another example, although many have closed due to customer preference for The Home Depot and Lowe’s.

For many items that we call standard, or off the shelf, Amazon often has the major share of the market and is the place to begin your search for those items.

Ideally, your invention will have the “Goldilocks” range of competition: not too few, and not too many similar or complementary items.

If there are none or only one, you may be up against a lack of consumer interest. In other words, either your potential customer has a better way of purchasing the item, or the item does not have enough demand to establish itself in the market.

At the other extreme, you may find so many entries that your item will be lost in the crowd. Still, if your product has beneficial features that set it apart from the crowd, it may attract buyers even though there are a distracting number of competing brands. But convincing a prospective licensee may be difficult.

It’s patented, with the patent still in force.

Obviously, you aren’t going to license or produce a product that is patented. If the patent is about to expire, which means it is nearly 20 years old, you may find that the market has been superseded by a better product, and licensing will not be a productive option.

It appeals to a costly niche market.

An inventor I know developed an armrest for cars that had their regular armrests too low for comfort. He failed to find a way to market his invention.

Demand didn’t exist at the market level because potential users were unaware that such an item was available. Advertising was impractical because of its cost and small return. Direct mail, which would have cost nearly a dollar for each sell-sheet, envelope and stamp, had to yield at least a 50 percent return in order to make a meager profit.

Of course, his return would have been more like a single digit than 50 percent. And he wasn’t able to find a list of VW Jetta owners, who would have been his main market.

Some products just aren’t practical to produce and market, unless they are part of a large offering of complementary products that are sold to the same customers.

It appeals to an imaginary market.

The armrest in the example above never made it to the market. But suppose the inventor produced a small quantity and tested any of the possible ways to sell it. He almost certainly would have failed.

Again, if Amazon doesn’t already sell it, the market may not exist in any practical sense. Ford Motor Co.’s 1958 Edsel is the prime example of such a product.

It cannot be produced at a cost with a favorable consumer “value vs. price.”

Let’s examine the armrest again. It was designed with two layers of resilient foam—the top layer soft, the bottom layer firm. Foam is expensive unless purchased from a distributor source, which would have fulfilled a large production quantity. Economic ordering quantities are only practical when demand is known and justifies inventorying materials.

The same problem occurs with the upholstery material. A small quantity produced for a market test is all that is justified, but that means losing money on each sale.

Niche markets are attractive for inventors, because the “big guys” aren’t interested in products that don’t produce significant profits. But small production-run costs are usually high and force a selling price that makes the product difficult to sell.

Conclusion: Intentional inventing seems like the ideal approach to creating a successful invention. And it can be. But we should never assume that just because we have discovered a seeming gap in an active market—and we believe that we have solved it with a novel invention—it is so.

All of the tests that we need for the spontaneous invention are the same ones we must apply to the intentional invention. The main difference is that we have thoughtfully chosen a market that we know is active, and that does give us an advantage.

There is a reverse side to this coin, however. An immense number of product developers are at work in that market, and they have already cherry-picked the products that generate fortunes.

Still, there is fallout from the main products wherein we can search, and we may find possibilities that could provide an inventor with a profitable venture.

One great example is the cell phone holder that is attached to a fake cup. The cup fits securely in your car’s cup-holder. It’s selling very well on TV.

Why didn’t I think of that one?