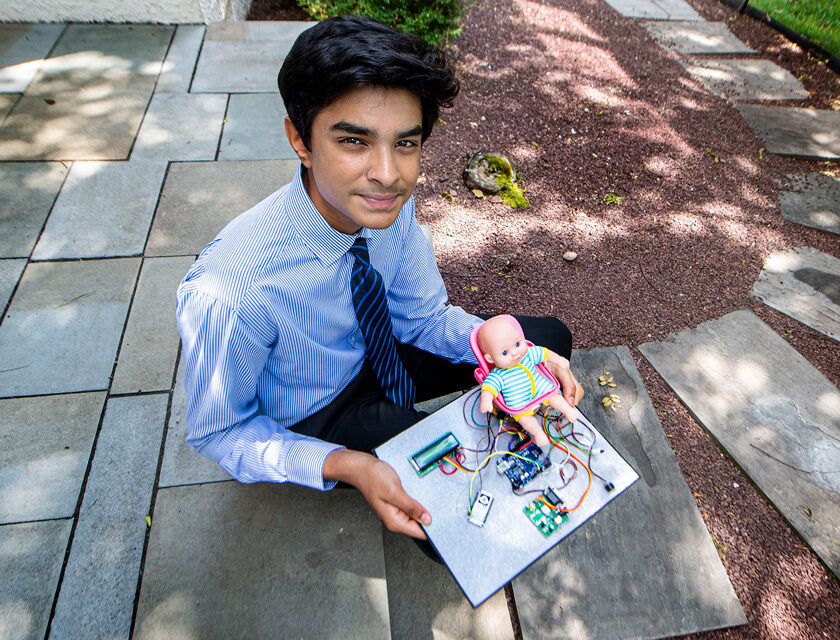 Plans to stage an augmented reality launch of the new Williams Formula 1 race car for the 2021 season were scrapped after hackers gained control of the app in an undisclosed security breach.

The app was designed to allow fans at home to see a full-size virtual version of the new F1 contender, with its new paint scheme, ahead of the 2021 season-opening race in Bahrain. However, the AR app was removed from Google Play and iTunes stores just before the official launch, forcing the team to instead release images via social media.

F1 car launches are typically glamorous affairs that can only be attended by the ultra rich or those close to the team. This was the first time it was to be done with AR, to essentially allow the whole world to attend.—Jeremy Losaw

Or a better question: Who doesn’t want a swimsuit that shows our inner body organs? One commenter on Amazon said she is 5 feet 8, 140 lbs., and the swimsuit fit perfectly. Just a little inside tip.

As Pranavh Joshua Vallabhaneni and his family prepared for the arrival of Pranavh’s baby brother, his parents shopped for car sets. That’s when the sophomore at Unionville High School in Kennett Square, Pennsylvania, remembered the tragic stories about babies being accidentally left in hot cars. He invented the Baby Saver—Hot Car Alert Device, which transmits automated alerts to parents and local authorities when the temperature inside a car passes certain highs. At the 2020 Invention Convention Nationals competition, Pranavh finished first among ninth-graders and won first place for the safety award.

Age of the woman believed to be the oldest to be awarded a technology patent. On Dec. 1, 2020, Carole Sumner Krechman received her first patent, which creates a foundational change in how we communicate by delivering video to any cellphone on demand.

1 The earliest known patent law in the world was enacted in which century?

2 True or false: The Beatles’ iconic dropped-T logo, which first appeared on Ringo Starr’s drums in 1963, was not trademarked until the early 1990s.

3 Which company was granted more patents in 2020—Google, or Sony?

4 True or false: People creating a football-related product are in trademark violation if they use an NFL player’s number.

5 Which legendary singer received a patent for a sash window mechanism?

1.A. The Venetian Patent Statute of March 19, 1474, was the first statutory patent system in Europe. 2. True. Ivor Arbiter of London designed the logo on a scrap of paper with the capital B and dropped T to emphasize the word “beat.” The logo was trademarked by Apple Corps. 3. Sony 2,239; Google 1,817. 4. False. The number of a player can be used, but not the player’s name. 5.D.