The Thomas Edison of Baseball 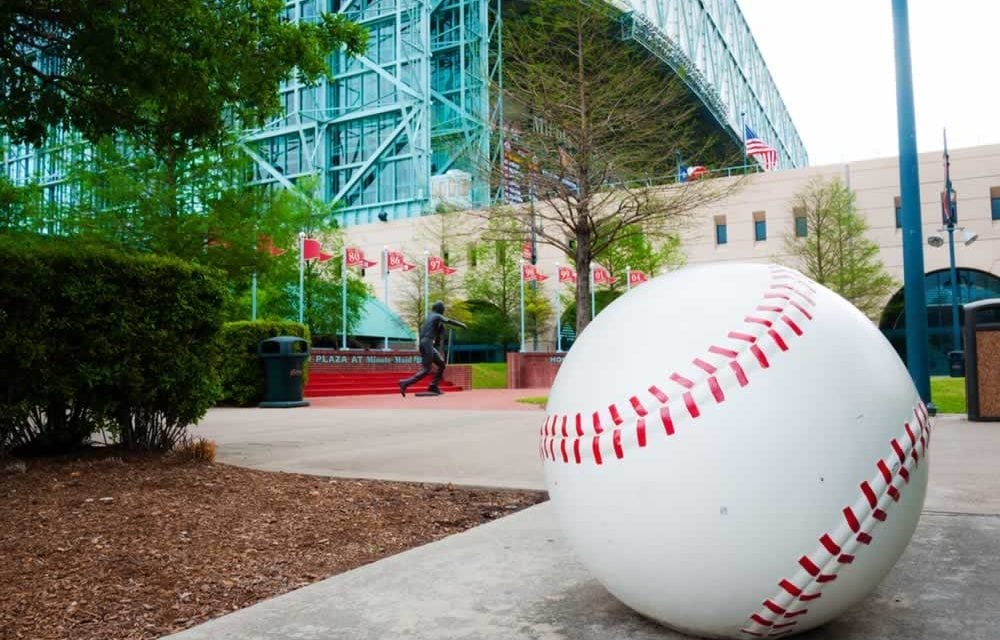 Danny Litwhiler’s innovations have become fixtures in the sport; an accomplished major-league player and college coach, Litwhiler brought the radar gun into the game in 1974.

Danny Litwhiler didn’t have to think twice. He was calling the cops.

The Michigan State head baseball coach was reading the student-run State News newspaper in 1974 when he saw a story about a new radar gun being used by campus police to catch speeding drivers. His innovative mind quickly wondered whether the device could also be used to measure the velocity of a baseball, so he contacted the police.

“I found out that the cops’ radar guns were powered by the cigarette lighters in their police cars,” he is quoted as saying on thisgreatgame.com. “So, we got an MSU police car to drive out on the field to time the pitches, and the readouts were accurate within one mph each time. Within one week, I had the prototype of the JUGS gun in my hands, and today that same prototype is in the (Baseball) Hall of Fame.”

The radar gun is now omnipresent throughout baseball—one of more than 100 creations from the game’s greatest inventor, who has been referred to as “The Thomas Edison of Baseball.”

Born in 1916 in tiny Ringtown, Pennsylvania—he said the high school was so small that the team’s second baseman was a girl—Litwhiler was one of many ball-playing siblings. He went on to an 11-year major-league career as an outfielder with four teams and in 1942 became the first player to record an errorless season (151 games, 317 chances).

Fittingly, his innovative skills played a role in that. During his errorless streak, which lasted 187 games, he had tied the fingers together on his baseball glove in order to gain more control of the ball. This is widely believed to be the first instance of attaching the fingers, and that glove is also on display at the Baseball Hall of Fame.

Litwhiler compiled a solid .281 career batting average and helped the St. Louis Cardinals win the National League pennant in 1943 and 1944, including a World Series title in ‘44. His college coaching career was arguably even more successful: a 678-445-9 record (.603 winning percentage) and nine appearances in the NCAA Tournament during his 28-year coaching career, 19 of those at Michigan State and nine at Florida State. He is MSU’s all-time winningest baseball coach (488).

Beyond the numbers, Litwhiler was known as a compassionate, empathetic leader who liked to help people and contribute to the game’s betterment. His innovations reflected this.

Some of his devices were rudimentary or quirky—a bat sawed in half to teach bunting; weighted baseballs to improve pitchers’ arm speed; a three-pronged batting tee; a 650-lb., 5-by-3 unbreakable Herculite mirror for pitchers to check their deliveries (the Cincinnati Reds still employ the latter in their system). But he never stopped thinking, tinkering, imagining.

After taking the Florida State job in 1955, Litwhiler quickly learned that it rains often in Tallahassee. That meant a lot of ruined baseballs, postponed practices and games.

Using calcined clay, he developed a substance he called Diamond Dust that could be used to dry the baseballs and reduce expenses. Another drying agent he invented, Diamond Grit, could be spread over infield wet spots—a substance that is still used in the major leagues.

Such innovation saved a lot of time and added to the efficiencies of running a team. With this in mind, in the 1950s Litwhiler updated the old one-batter-and-pitcher-at-a-time batting cage with an intricate screening system. This featured pitching and batting windows that enabled up to five batter and pitcher combinations at a time.

For Litwhiler, it wasn’t just about improving the conditions; it was also about improving the quality of play and helping players be at their best. He took a catcher’s mitt, added stuffing to it so that it had a flat pocket, and made infielders practice with it. His theory was that because of the flat surface, balls hit to an infielder would bounce off the glove—forcing them to increase their focus and stay with the play despite not being able to initially field the ball cleanly.

One of the first Florida State players for whom Litwhiler developed the glove was Woody Woodward (cousin of actress Joanne Woodward), who later earned a reputation as a premier defensive shortstop in the major leagues. That was a steppingstone to his becoming the New York Yankees’ manager and a general manager for three big-league teams.

Among Litwhiler’s other players at Florida State was Dick Howser, who became an eight-year major-leaguer and a World Series-winning manager. Major-league stars Kirk Gibson and Steve Garvey were among those who benefited from Litwhiler’s tutelage at Michigan State. The coach’s counsel was especially important for Gibson, who struggled early in his MSU baseball career and was talking about quitting.

Litwhiler had a knack for seeing potential in people as well as in ideas. In an interview with MSU Alumni magazine, Gibson recalled that “Danny said: ‘Let me give you 10 reasons why you should not give up baseball.’ He sat me down and we talked for about a half-hour. In the next game I hit two home runs, and I hit a home run in the game after that.”

Before the end of the next decade, Gibson was a two-time world champion who will forever be known for an iconic home run in the 1988 World Series.

Despite his numerous innovations that had permanent impact on the game he grew up with and loved, Litwhiler died in 2011 at age 95 with just one listed patent (a batting cage). His priority was improving the game and helping players.

He was the international president of the United States Baseball Federation in 1978-83, working hard to make the sport an international game. Some 60 years from the time he began serving as a batboy for his older brothers, Litwhiler was a minor-league instructor for the Cincinnati Reds for five years in the mid-1980s. He helped shape the talent for the 1990 World Series champion team that was in first place from the first day of the season and swept the favored Oakland A’s in the Series. That Reds club beat Gibson’s team, the Los Angeles Dodgers, by five games to win their division.