The Thrill of the Hunt: Veterinarian’s Invention Promotes Cat Health 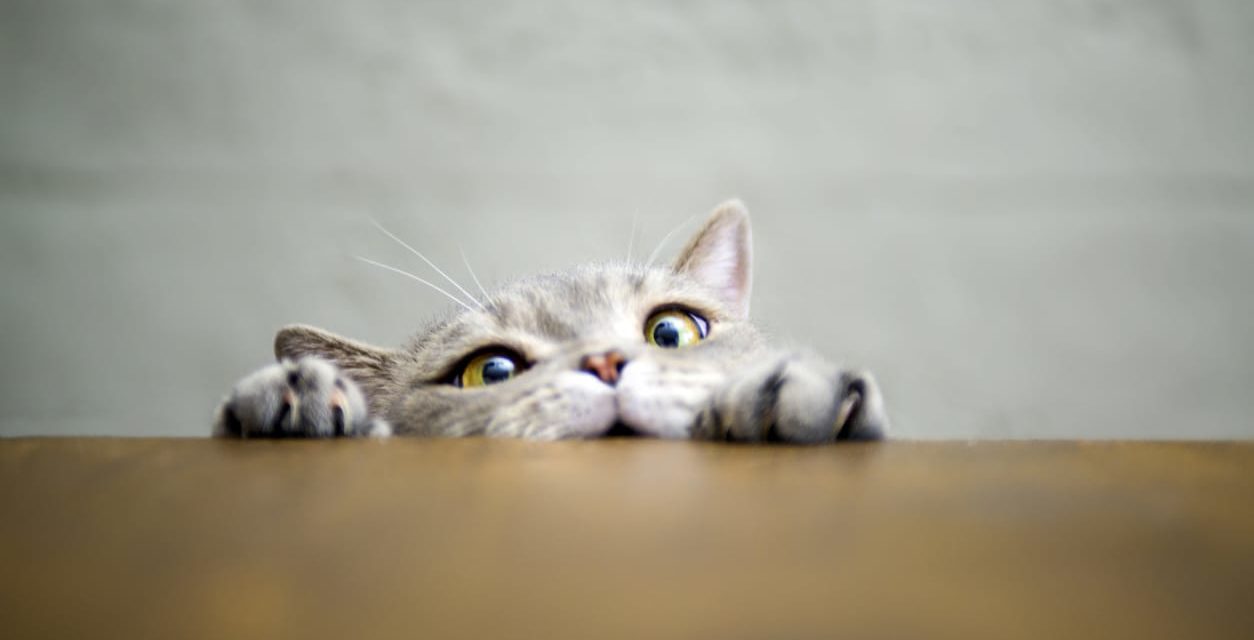 Liz Bales had 14 years’ experience as a veterinarian specializing in cats, so there wasn’t much she didn’t know about them. But when “the Catvocate” learned during the September 2014 Atlantic Coast Veterinary Conference that euthanasia is their leading cause of death, she was shocked.

Not urinary disease. Not cancer. Not accidents. Owners often become fed up with behavior problems such as urinating outside of the litter box, vomiting, waking them up in the early morning to be fed, and aggressive/destructive behavior. So they take their cats to shelters—where, according to americanhumane.org, 71 percent of them are euthanized.

“That was my lightning-bolt moment,” she recalled. “Here I was, devoting my life to the care and welfare of cats. But I wasn’t doing anything to prevent the No. 1 cause of death, and neither was anyone else. … These people at shelters are doing the best they can, but this isn’t the result we need.”

Dr. Bales’ evaluations of these problems in private practice found the cats were usually healthy. The veterinarians at the conference discussed the issue, and her takeaway was that cats are natural-born predators whose instincts were being stifled. This causes a tremendous amount of stress that cats act out via inappropriate behaviors.

She spent the three-hour ride home from Atlantic City “with a firm idea that the solution was to stop inhibiting cats’ natural behavior but instead encourage it.

“Cats eat five to 20 mice a day. Their stomach is the size of a ping-pong ball. Let’s replicate this and help cats hunt, catch and play before eating a small portion of food at least five times a day.”

Dr. Bales knew the product she wanted: five mouse-like containers that could hold cat food—filled and hidden at one time throughout a home or apartment so the cat can find each one on its own schedule—with a fabric outside that wouldn’t unravel. This was the genesis of the Indoor Hunting Feeder.

As with most inventors, Dr. Bales’ first thought was the great idea. The second was, “Now what?”

She caught a break here. “While I was talking to a neighbor’s father at dinner, I learned he was an inventor and had started a medical device company but was now retiring,” she said. He liked her invention idea and said he and his son would see how they could help.

A little later, in October 2014, the father and son sent a prior associate of theirs, Phoebe Kearney, to her door with a variety of parts and components to start making models. Dr. Bales didn’t just find a model maker; she found her partner.

Both of them knew it. “While meeting with Liz for the first time and learning how we are depriving our cats of their basic needs to live happy healthy lives, it all made so much sense,” Kearney said. “As an animal lover, I knew helping to bring her solution to life would not only be revolutionary but would be saving the lives of cats—which is what truly makes it special.  We had to do this.”

But making the model was more challenging than expected. Dr. Bales explained: “The product needed to be super-light, oval in shape, similar to most prey and have an external fabric that had the tactile feel of prey, but that wouldn’t degrade and become a hazard to a cat.”

Some additional design key criteria were that the cat should be fed five times a day and that 1.6 tablespoons of food was an ideal size for their stomachs. This would help manage weight—obesity in cats is a persistent problem—while promoting exercise, alleviating anxiety and preventing digestive issues.

Dr. Bales and her partner persevered, and about a year later they came up with what they felt was a workable model of what eventually was called the Indoor Hunting Feeder. They also developed their original kit format: five such feeders that could be filled once a day and hidden around the house.

A graduate of the University of Pennsylvania School of Veterinary Medicine, Dr. Bales took her concept to some of the professors there who were leaders in the field, including Dr. Carlo Siracusa, as well as the nutrition department at the university. Then she sought the advice of other leading cat veterinarians who included Drs. Tony Buffington, Margie Scherk and Ilona Rodan.

After receiving positive feedback, she took another step to validate the product by trying it out in 25 homes of cats with varying arrangements—homes with one, two or many multiples of cats. She didn’t want to test the product with her patients or close friends, fearful she wouldn’t get objective feedback. So she went to friends of friends. The results were great: Cats’ behavior problems dropped dramatically, in many cases disappearing altogether.

The testing with cat families also allowed Dr. Bales and Kearney to see how the product worked. Building on their initial plan to sell a kit with five Indoor Hunting Feeders—the minimum number of times a cat should be fed each day—they found they needed two additional parts. The first was a training mouse, a version where food falls out easily. “Some cats didn’t immediately get the idea of the product, but they caught on quickly with the trainer,” Dr. Bales said.

The second item was a portion filler that matched the size of a cat’s stomach.  Subsequent testing also showed that people who preferred to feed moist cat food could still use the Indoor Hunting Feeder by providing that food in a bowl, and using just a dried or freeze-dried treat in the five Indoor Hunting Feeders. These cats get the benefit of the hunt without adding too many calories.

Dr. Bales and Kearney used 3D printing parts for testing, but for production they wanted a better product that would require molds and other expenses. They launched a Kickstarter campaign in early 2016 with a $36,000 goal, offering a future shipment of NoBowl Cat Feeder Systems or T-shirts.

“We hit our initial target in four days and ended up with $136,000,” Dr. Bales said. “We followed up with a campaign on Indiegogo and ended up with a total close to $250,000. That allowed us to go into production, and we were able to deliver every product to our investors on time.”

Dr. Bales started selling on the internet and then targeted the veterinarian market. “We marketed the kit as a behavior solution to veterinarians at trade shows,” she said, “and sales picked up as our story was covered in a string of veterinarian trade magazines.” A half-page story in the New York Times was a huge boost for sales.

She had an early entry into the retail market as she picked up some small retailers at the shows. In August 2016 she attended the SuperZoo trade show, the United States’ largest for pet retailers, and her innovation won Best New Cat Product.

Dr. Bales lives in the Philadelphia area. Her company was chosen out of hundreds of applicants to be one of four inaugural companies in The Philadelphia 76ers Innovation Lab. Job One was to rebrand the product for the end user—the cat owner.

Working daily with Seth Berger and Rhyan Truett from the innovation lab, the team dropped the NoBowl Feeding System name and went to Doc & Phoebe’s Cat Co. The product, which has a design patent granted and a utility patent pending, is called the Doc and Phoebe Indoor Hunting Feeder. It’s priced at $39.99.

Dr. Bales and company members planned to head to SuperZoo’s 2018 show in hopes of picking up more retailers, maybe some sales reps and hopefully meeting buyers from Petco and PetSmart.