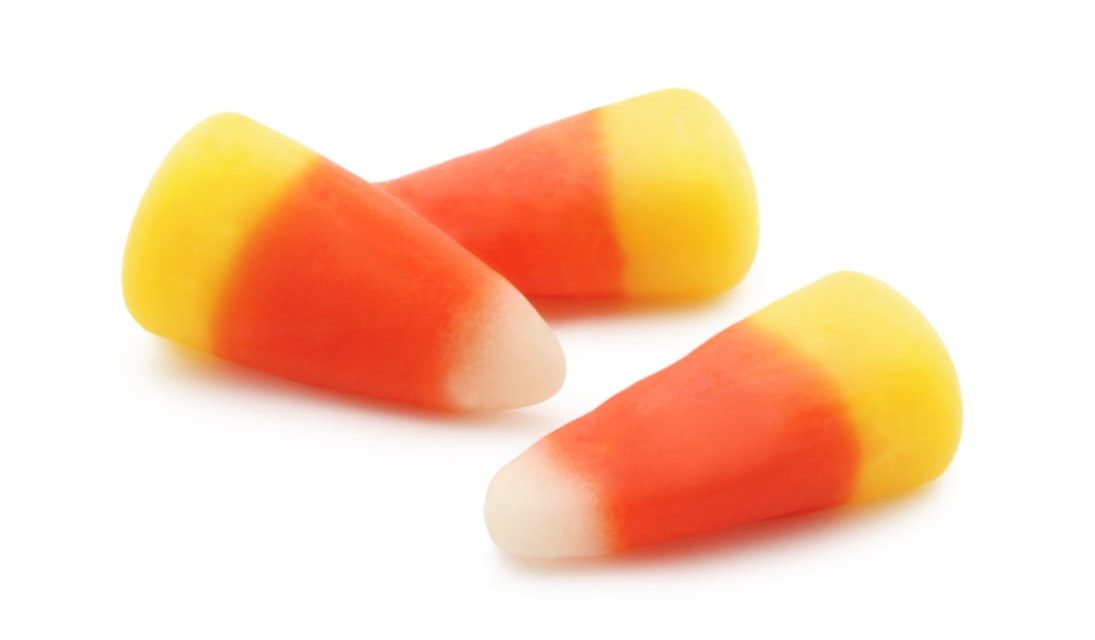 Candy corn is said to have been invented by George Renninger of the Wunderle Candy Co. in the 1880s.

Moose A. Moose sang that he would rather eat his feet than candy corn. Teens who remember “I Don’t Like Candy Corn” from the kids’ cable TV network Nick Jr. often talk about how scary the video accompaniment was (not to mention the bad singing).

Like Lady Gaga—Halloween-ish in her own right—candy corn is a colorful enigma. The iconic treat has been around for about 130 years as an October snack staple even though many, in the spirit of Moose², would rather eat staples. An independent film company chose “Candy Corn” as the title of its Halloween horror movie set for release next year.

So how did candy corn get such a bad rap? Sure, it’s made of mostly un-nutritious and maybe even questionable stuff, including Yellow 5 and Yellow 6 food dyes that are under scrutiny. But you can legitimately question the content of virtually any candy product.

Depending on the manufacturer, one serving of candy corn has 110-140 calories, which is fewer than a cup of raisins. Regardless of who makes it, it’s generally inexpensive and easy accessible by the handful. It can be left uncovered for weeks at a time with no effects (though some say this isn’t a good thing). So its longevity as a Halloween snack favorite is no fluke.

Candy corn’s origins reveal a clever marketing strategy during a time when much of America was rural. Said to have been invented by George Renninger of the Wunderle Candy Co. in the 1880s, its recipe was acquired by the Goelitz Confectionery Co.—now Jelly Belly Candy Co.—and produced commercially at its Cincinnati factory. The box said “chicken feed,” with a rooster on the front.

“The product was so successful it carried the company through two world wars and the Depression,” according to a page about candy corn on the Jelly Belly website. “Turn-of-the-century ads and packaging of candy corn claim Goelitz as ‘king of the candy corn fields.’ For seventy-five years, candy corn and what were called ‘buttercreams’ were the mainstay of (the) Goelitz business until another sensation, Jelly Belly jelly beans, overtook the candy corn tradition in popularity.”

Perhaps candy corn’s staying power can at least be partially attributed to the fact that it is a dependable constant. Although some ingredients may vary depending on the manufacturer, it’s always been essentially a mix of sugar, fondant, corn syrup, vanilla, and marshmallow creme, variously colored yellow, orange, and white, and poured into kernel-shaped molds.

The kernels are now part of a fully mechanized process. Not so back in the day. According to Jelly Bean Candy Co., in order to make a tri-color kernel, a candy-maker called a runner “made three separate passes with 10 pounds of hot steaming fondant, depositing a little bit of candy at just the right rate into cornstarch molded with the kernel shape. These passes required great strength and endurance, since the runner had to lift and carry the big buckets called ‘stringers’ of hot cooked candy, which appears to come out of the bottom of the bucket in ‘strings.’”

Candystore.com claims to have the definitive candy rankings, using surveys from 40,000 of its own customers while also factoring in results published from other websites ranging from Huffington Post to Bon Apetit. The comprehensive Candystore survey ranked candy corn No. 2 on its worst candy list, behind only circus peanuts.

Still, the blog’s author defended the orange, white and yellow as one might defend the red, white and blue.

“Look, if you don’t like candy corn, you can just give it to me. Yes, it’s just sugar. Isn’t that the point? Candy corn is nothing special. There are absolutely better candies out there. But if you can’t enjoy stuffing handfuls of candy corn into your pie hole, well, I don’t even know what to tell you.”

More than 35 million pounds of candy corn are estimated to be produced each year, or about nine billion pieces –enough to circle the moon nearly four times if laid end-to-end.

Halloween accounts for 75 percent of the annual candy corn production.