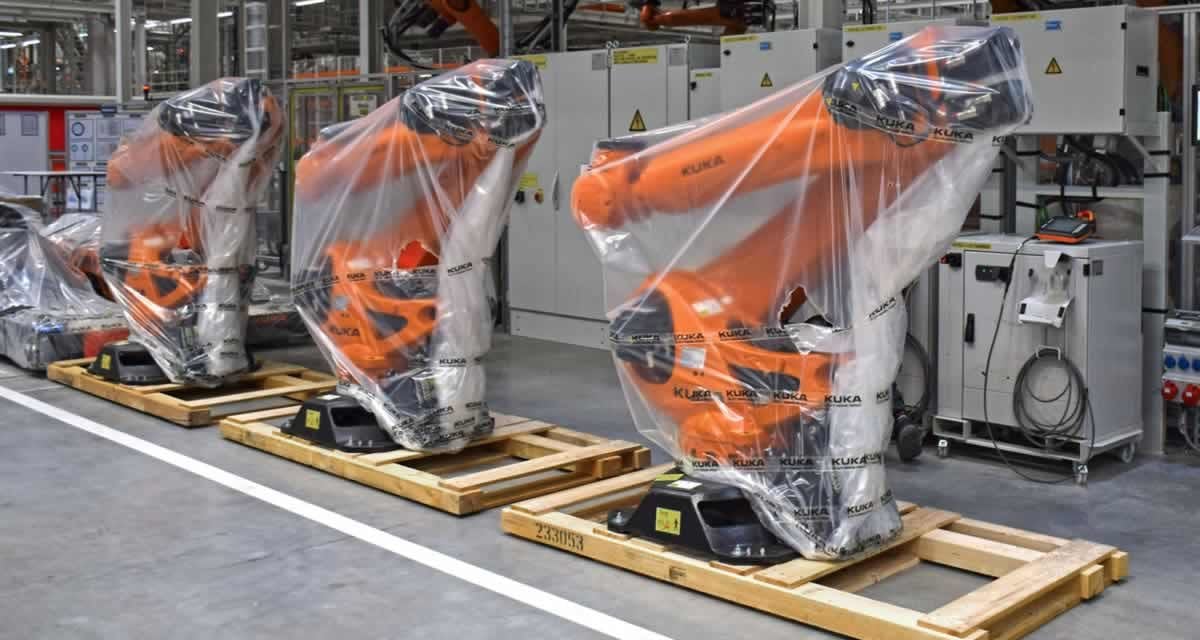 “To try to get a normal businessman to understand a robot, they thought you were talking about science fiction or something like that.”—George Devol

Johnny Carson didn’t know what to make of what he just saw. “Did you see that? What a crazy machine!” the legendary talk-show host said after watching the first industrial robot debut on “The Tonight Show” in 1966.

Reaction to the 2-ton machine’s performance rivaled “The Tonight Show” debuts of Joan Rivers, Jerry Seinfeld, Drew Carey and Garry Shandling. But this time, the audience wasn’t laughing. It gasped as the robotic arm used a golf club to make a perfect putt, open and pour a beer, and conduct the band.

Joseph Engelberger, an accomplished engineer and cofounder of the world’s first robotics company, used a remote control to direct the robot while standing next to Carson. A star was born, and it wasn’t Engelberger.

Unlike the comedians who became household names shortly after their appearance on Carson’s show, this robot was no overnight sensation. The Unimate, as it came to be called, was years in the making before it eventually transformed modern manufacturing as the first programmable robotic arm. The biggest impetus came at a cocktail party.

That’s where Engelberger met George Devol, a prolific inventor/entrepreneur who amassed more than 40 patents in his lifetime. Two years earlier, in 1954, Devol had filed a patent for a device called the Programmed Article Transfer and was looking for a partner in the venture.

“To get the financing, I visited 46 different companies before I could find someone who believed that it was even possible to do such a thing.”—Joseph Engelberger

Engelberger was all in, but the two were in for a lot of rejection as they attempted to sell the concept, even with a working prototype. “To get the financing, I visited 46 different companies before I could find someone who believed that it was even possible to do such a thing,” Engelberger told The History Channel.

In an interview produced by Scott Vollmer on Vimeo in 2011, Devol amplified the difficulty of selling such an unconventional product. “To try to get a normal businessman to understand a robot, they thought you were talking about science fiction or something like that.”

Fully aware of the public’s fascination with robots and their inclusion in many 1950s movies, the two used some marketing savvy to help their bid. Programmed Article Transfer was simplified to a “manipulator” before they decided to refer to the device as a robot.

The breakthrough came in 1961, when Devol’s programmable robotic arm received U.S. Patent No. 2,988,237. He and Engelberger started their company, Unimation, in Danbury, Connecticut. Its “star” was Unimate, an electronically controlled hydraulic robotic arm with a 7-foot reach that flawlessly performed unpleasant and dangerous tasks. It could position objects within 50/1000ths of an inch.

That same year, General Motors bought Unimate and put it in a Trenton, New Jersey plant to remove red-hot parts from a die-casting machine. Automation was nothing new at automobile companies, but Unimate was different because it met the International Organization for Standardization’s definition of an industrial robot. Per ISO 8373:2012, that definition is “an automatically controlled, reprogrammable, multipurpose manipulator programmable in three or more axes, which can be either fixed in place or mobile for use in industrial automation applications.”

Unimate had become a pioneer in the kind of technology that automates assembly lines throughout the world.

Before long, Chrysler and Ford were using the technology as well. Unimation later developed robots for welding on auto bodies, spray-painting, applying adhesives and other duties.

But even then it wasn’t all smooth sailing for Unimate, in part due to opposition from U.S. labor unions. “I had a hard time with (the) American industrialist,” Engelberger said in an interview with The Trentonian. He recalled that following the robot’s ballyhooed appearance on national TV, “the only calls I got were from people who wanted my robot to be the entertainment at the county fair.”

Unimate was very successful in other countries—especially Japan—and eventually, the automation’s utility and competitive advantage won out in the States. Unimate’s place in history is secure, having been named in 2002 by Popular Mechanics as one of the top 50 inventions of the past 50 years. An early model appears at the Smithsonian Institution’s National Museum of American History.