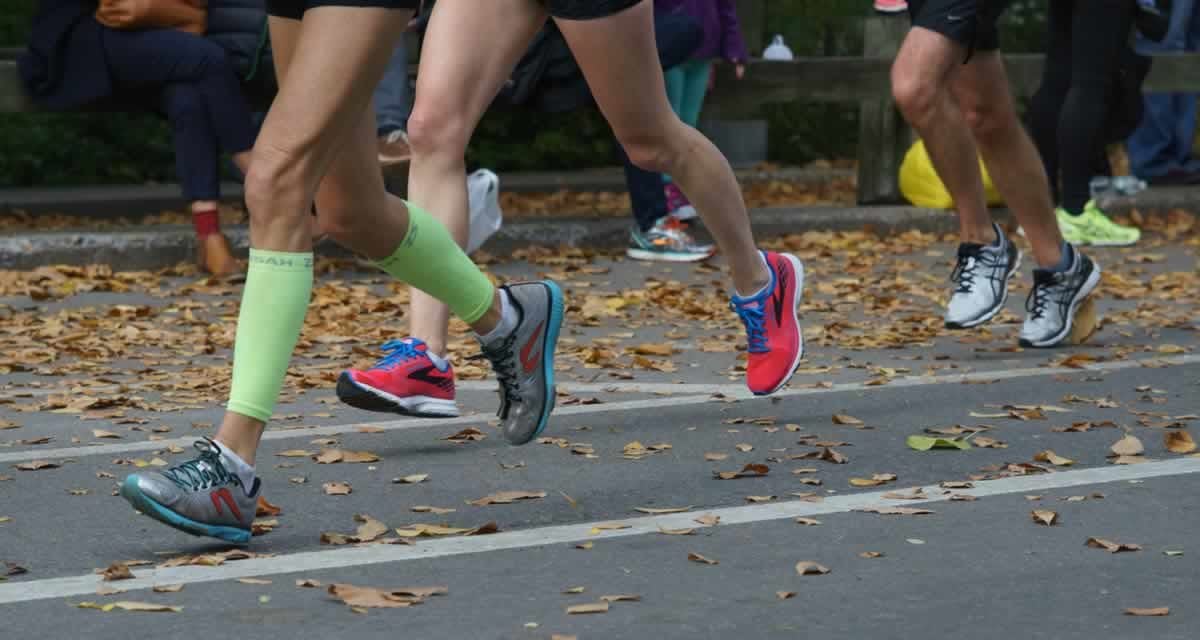 Runner/Inventor Sees the Light – The system, typically installed on 400m athletic tracks, comes with an app to set the pace and switch between different training modes.

Like so many successful runners, Alexandra Kline kept going even when others in her group did not. Now she’s the force behind a training device that can help runners max out their results in an increasingly competitive sport where the margin of victory is often razor thin.

Kline developed a product called TrackPacer, a “digital track rabbit” that provides constant feedback to help runners reach their desired pace while training. Her goal is to change the way recreational and elite athletes train.

TrackPacer is an LED string, installed around the inner perimeter of athletic training tracks, that pulses bands of light at a prescribed speed around the track. Athletes run alongside the light bands to ensure they are controlling the pace of their run.

The system, typically installed on 400m athletic tracks, comes with an app to set the pace and switch between different training modes. The weatherproof system can be installed in just 30 minutes and is pre-selling for $27,600 for a 400m system, which includes the app.

The TrackPacer was born in an entrepreneurship class at California Polytechnic State University, where Kline was a student. She was working on a group project with the task of creating a new product; one of the members was a runner on the track team. The group came up with the idea of using LEDs to pace a runner.

To vet the idea, she and her group built a small prototype. They got a 5m length of LEDs and hooked them up to an Arduino (an open-source platform for building electronics projects). They strung the lights around her living room and wrote a program for them to make the LEDs flash along the length to simulate a pacer bar. The prototype worked, but it was far too small to be useful for a runner.

After graduation, Kline was the only one in her entrepreneurship group who wanted to continue the LED pacer project. But she continued to develop the product. The next step was to create a full track-length prototype.

She contacted a friend at a product development firm in Boulder, Colorado, called Viget, and they decided to partner on the project. Kline found a Chinese supplier for the LEDs and ordered 400m of them—but making the system work was not as easy as simply plugging in more LEDs.

“The problem we ran into was a lot of signal degradation issues,” she recalls. “The lights just couldn’t be controlled if you tried to just plug them in (longer than 50m). … We had to figure out all sorts of engineering problems to make the 400 meters work.”

They reconfigured the electronics to have one master controller with a series of slaves to control the 1,200 lights in the string. They ran high data-rate ethernet cables along the light strands to keep the timing of the pacer bars accurate. This brought the system to life and made it ready for testing.

The first installation of the TrackPacer was at the 200m indoor track at the University of Colorado Boulder. This gave the team a shorter install distance and a controlled environment to do the initial testing. The testing went well; the feedback was positive. The athletes loved having a correctly timed pacer to run with.

Then the system was installed outside on the 400m track for the full install. The system worked well and provided additional insights for improvements. They found that the lights were hard to see in full sun, and the light track was too fragile and susceptible to water damage. It was not quite ready for regular use.

Development of the product continued. Viget developed an app to support the device; new modes were added. Ski lift mode illuminates multiple pacer bars all around the track so users can hop on and off a target pace without having to wait for it to come all the way around the track. The pace-trainer mode was also added, which hides the pacer bar and displays it only intermittently to help runners learn to pace themselves.

During development, Princeton University requested a demo of the tech. “A researcher there was thinking of an idea and was looking around online to see if anyone had done it,” Kline says. “We got to show it off to some of their coaches, and they were pretty excited about it.”

While the app and programming were being worked on, Kline started to work on the mechanical and electrical challenges. She found a manufacturer in New Zealand that worked on LED signage for the Rio Olympics to help with LED development. They were able to upgrade the LEDs and hardware to be easier to see in the daylight. They have also worked to make the light ropes waterproof and allow for permanent and semi-permanent installations.

TrackPacer is now available for pre-sale and looking for customers to install the product on their tracks. Systems are available in 200m, 300m and 400m lengths to fit most athletic tracks. Orders will be shipped around the second quarter of 2018.
Meanwhile, Kline is working on upgrades for future versions. She is planning to add a reel system to roll up the LEDs for easy assembly, and is looking to add radio-frequency identification beacons to provide lap time feedback to runners as well.

This is the online version of a print article for Inventors Digest. If you want to read more from Jeremy, use the social media links below to follow him or visit his company’s blog where you’ll find additional articles on prototyping and product development.