A Trend That Doesn’t End 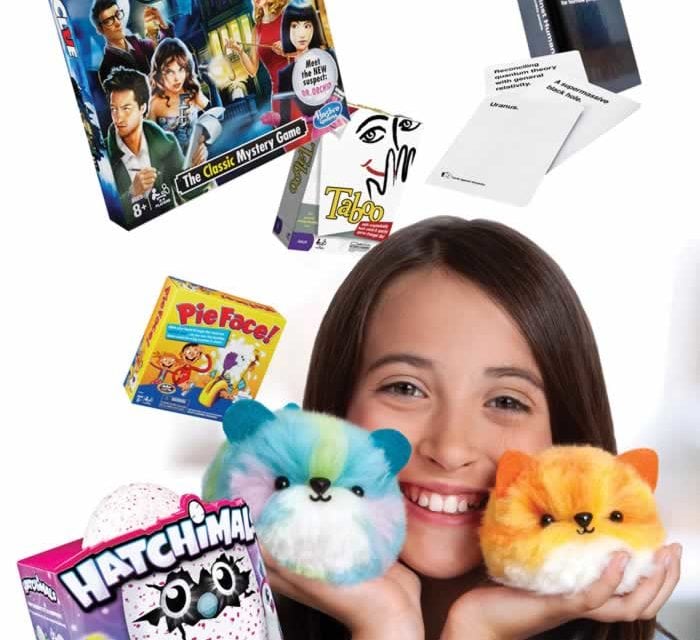 Classic, low-tech products lead a versatile market for all ages.

This certainly isn’t the same toy landscape as when we were kids. Yet in many ways, it is.

If you think success as a toy inventor means you have to dream up the next revolutionary kids app or interactive device, think again—back to the kinds of toys and games that captured your imagination when you were growing up. The kinds of toys that required you to play outside, or create with your own hands, or sit down for some face-to-face interaction with family and friends.

It’s a mistake to assume that high-tech toys are the dominant trend in the market, Kristin Morency Goldman told Inventors Digest after returning from this year’s International Toy Fair in New York City. Goldman is a senior communications specialist at the Toy Industry Association.

“I think that as much as technology is evolving and becoming more prevalent in our daily lives, the fact of the matter is that kids like to play the way they have for generations: hands-on, low-tech, face-to-face, building, doing, tinkering. I don’t think that’s ever going to go away. … The numbers obviously prove that.”

Sales of classic toys—low- or no-tech products often with retro styling and materials, such as wood—are on the rise. According to The NPD Group, games and puzzles were up 18 percent last year. The category includes older brands that were reinvented or reintroduced, broadening their appeal and promoting intergenerational play. (A moment of silence for Mrs. White, the housekeeper in the classic board game Clue: After 70 years, Hasbro decided to replace her last year with new suspect Dr. Orchid.)

Family strategy games showed a sales increase of more than 50 percent last year. Adult party games have really taken off, with sales up 138 percent from November 2015 to November 2016. Cards Against Humanity, which calls itself the “party game for horrible people,” leads a surge in risqué games for adults that includes an X-rated version of Taboo and Trivial Pursuit.

Some games seem to be categorizes unto themselves. Hasbro’s Pie Face game, which has considerably more suspense than a postgame “surprise” involving a major-league baseball player, was chosen 2016’s game of the year by the Toy Industry Association.

Related toy groups as classified by the TIA are also surging. Collectibles are one of the highest growth areas, rising 33 percent last year ($1.8 billion, per The NPD Group).

The runaway leader in this category appears to be Hatchimals, one of the hottest toys of 2016. Described as kind of a cross between a Furby and a Tamagotchi (a small, digital pet hatched from an egg), Hatchimals are plush, chubby little animals that break out of an egg and go through five stages: egg, hatching, baby, toddler and child.

Hatchimals’ parent company Spin Master is building on last year’s success with the recent announcement of plans to unveil Hatchimals Colleggtibles this spring. They are about one-tenth the size of last year’s sensation but don’t hatch themselves. Perhaps most important, they offer a deep well of collectability, with more than 70 different Hatchimals available at the outset.

Higher-priced, licensed collectibles from popular movies and TV series also have a strong following, for kids and adults. In all, licensing-related toys represented about 30 percent of U.S. toy sales last year.

Pun intended, the Up & Active category is also climbing as parents worry about their kids having too much screen time. Scooters, trampolines and go-karts never really went away; it just seemed that way. They’re back and selling well.

Up & Active is a hybrid of low and high tech. The category includes tech toys that integrate active components and digital toys to promote face-to-face play. Richard Gottlieb, global toy expert and CEO of the Global Toy Group, told the BeTerrific Toy Fair last year that “I think the toy industry is really getting good at figuring out how to engage digital play and physical play together.”

One of the most anticipated such toys, unveiled at this year’s International Toy Show, is the FurReal Makers Proto Max pet. Kids can program their toy dog’s personality and code routines or specific actions. The app will be available for download in the Apple App Store and Google Play this fall.

Now that 3D printing has become more affordable, toy manufacturers are using advanced technology to improve traditional play and not replace it, Gottlieb noted. This has resulted in an increase in virtual pets such as the FurReal, as well as virtual reality toys, drones and robotics. The Hello Barbie robot is part of this trend, in which robots not only educate kids but are responsive and emotive.

“This is the world that children are going to live in as adults,” Gottlieb said last year. “They’re going to interact with robots.”

The robotics movement is part of an educational category that the TIA calls STREAM—the latest expansion of the STEM concept (science, technology, engineering and math, which later evolved into STEAM and included arts). The added “R” in STREAM is for robotics.

The Zipes Speed Pipes Performance Pack starter set allows kids to quickly build a pipe in numerous configurations. Then, an illuminated vehicle and cosmic strobe ball race around inside for a dazzling view. The Techno Gears Bionic Bug features more than 80 construction pieces and a motor so that builders can follow the instructions or make their own motorized bug. Still in the screen-free category, Cubetto helps children code by using a wooden, wheeled cube, a wooden coding board and a fabric map.

“The STREAM trend is very important,” Goldman said, “showing that toys are pushing the limits on how they’re teaching kids through play.”

“Items that can help inspire creativity and learning in kids had an especially strong showing” at the International Toy Fair, Scott Nygaard, senior vice president of merchandising and hardlines, told the TIA.

Goldman noted that “The great thing is how the toy phenomenon spans all ages. It’s part of our culture and something that’s not going away.”