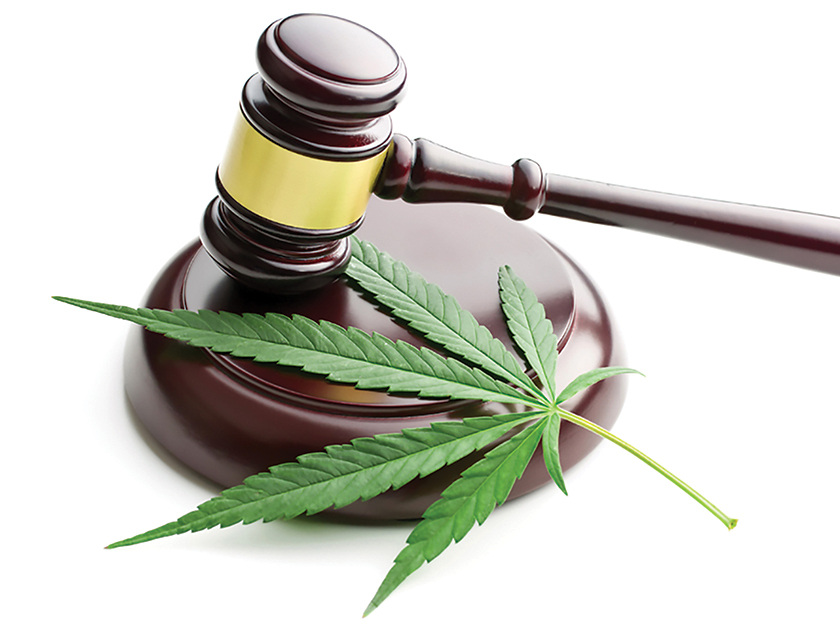 In the United States, medicinal marijuana use is legal in 33 states plus the District of Columbia. Recreational use has been legalized in 10 states and Washington, D.C.

The shifting status of marijuana from an illegal controlled substance to regulated medicinal product to, in some jurisdictions, legalized recreational activity has created a market that promises to be incredibly valuable in the future.

In the United States, 2017 sales of legal recreational and medicinal marijuana products resulted in revenues of up to $6.6 billion, a fraction of the estimated $50 billion to $55 billion of total U.S. demand for recreational cannabis products.

Although Canada fully legalized the recreational and medicinal use of marijuana last October, marijuana legalization is occurring more slowly and piecemeal in the United States. Marijuana is still a Schedule I drug under the Controlled Substances Act, although medicinal use is legal in 33 states plus the District of Columbia. Recreational use has been legalized in 10 states and Washington, D.C.

However, even these slow moves in the direction of full legalization have galvanized inventors filing patent applications on cannabis-related inventions with the United States Patent and Trademark Office.

Last year, Reuters reported that the USPTO issued 39 patents containing the word cannabis during 2018 through late November. The USPTO only issued 29 such patents during 2017 and 14 during 2016.

Increased research and development expenditures among major cannabis producers are another indication that marijuana’s gradual legalization is spurring cannabis innovations.

Similarly, Edmonton-based Aurora Cannabis reported that it spent $3.43 million CDN on R&D during the first quarter of 2019, up from $107,000 CDN during Q1 2018. Aurora also identified $2.35 million CDN in patent-related acquisitions since the end of July 2017.

Legal professionals in this realm are optimistic about the prospects for cannabis inventions, especially given the early stages of development in many cannabis sectors.

Howard Cohn, chief patent attorney and managing partner at THC Legal Group, a cannabis-focused specialty division of Howard M. Cohn & Associates, said that as the market for cannabis grows, he expects the push to obtain market share through patent holdings will increase.

Cohn added that the food and beverage industry “is a natural partner for the cannabis space and will likely experience an explosion of innovation vis-à-vis cannabis oils. Cannabis enthusiasts should expect to see great advances in cannabis infusions and a variety of clever engineering moves designed to maximize the potency of the end-product with the least amount of raw cannabis material,” he said.

Michael Brubaker, patent attorney with Cannapatents, likened patenting activities in the cannabis industry to those occurring in blockchain technologies.

“Those are two breakout industries that have these areas where you can grab broad patents and license them to companies that will hopefully come into the market in the next few years,” he said. “The broader the patent, the better the patent.”

One issue that has acutely affected the world of cannabis patents is a lack of available prior art, which has allowed some patent applicants to obtain patent claims that would otherwise be anticipated or obvious over the prior art. This is due in part to marijuana’s legal status discouraging publication of cannabis-related innovations by inventors who don’t want to attract the attention of federal law enforcement.

Brubaker acknowledged that prior art issues have affected the industry. “A patent examiner only has so much time to search for prior art on each patent application,” he said. “They’ll definitely do a search of patent and patent application databases, and may even do a quick Google search, but it’s possible in the cannabis field that they may not find something that everyone else knows is pretty common in the art. If the examiner doesn’t find it, then there’s no rejection based on the prior art.”

U.S. Patent No. 10172786, issued on January 8 of this year and assigned to AXIM Biotechnologies, claims a cannabinoid toothpaste composition made up of an abrasive agent, a binder, a humectant, a fluoridating agent, a surfactant, water, a thickener, and cannabidiol (CBD) present in an amount from 0.1 percent to 0.5 percent by weight.

U.S. Patent No. 9956174, issued last May to inventor Jeff Nordahl, claims a dietary supplement package comprising a plurality of frozen structures of cannabis juice purée. The structures include amounts of CBD, tetrahydrocannabinol (THC), cannabidiolic acid (CBDa) and tetrahydrocannabinolic acid (THCa) and where the purée is formed by blending leaves of a cannabis plant and the shredded leaves remain in the frozen structures of the purée.

U.S. Patent No. 9480647, issued in November 2016 and assigned jointly to CannTrust Inc. and Club Coffee L.P., claims the medical marijuana method of preparing a single-serve container configured for receipt in a single-serve brewing machine.