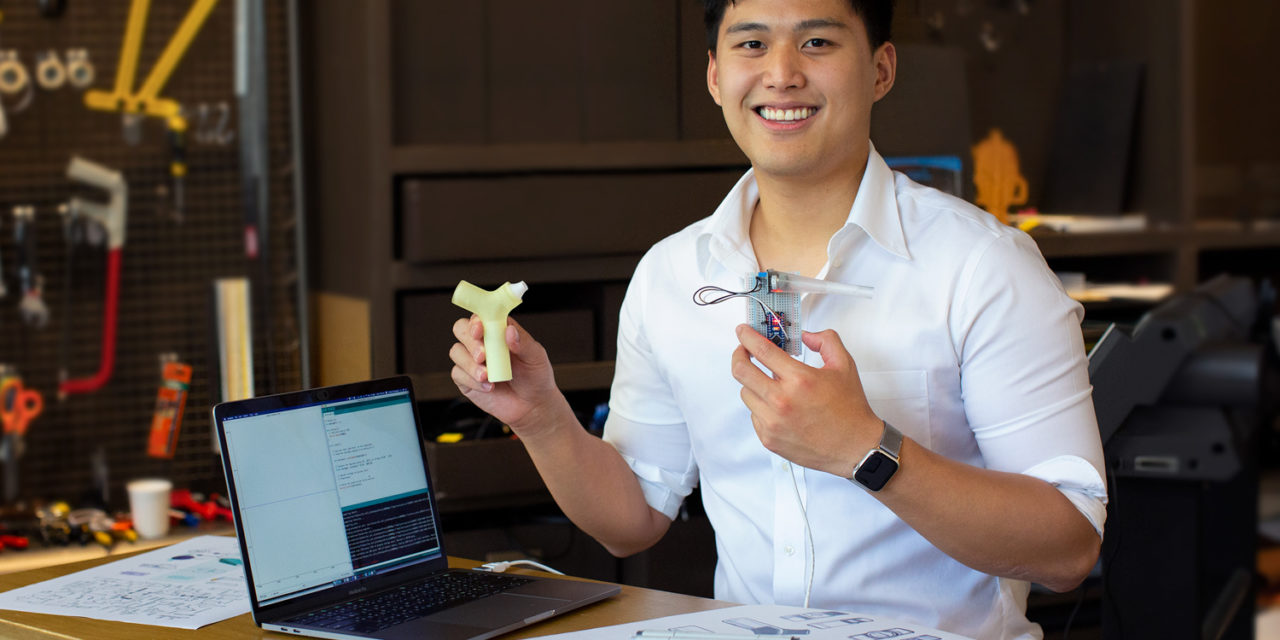 The smartphone- and smartwatch-pairing glucometer will allow those living with prediabetes to test and monitor their glucose levels with one breath.

Poom grew up in a family who found immense value in uncovering solutions to everyday problems. One problem existed within his family that millions of Americans battle today: Type 2 diabetes.

AeroLyze is unlike any other glucometer because it focuses on the experience of the user. It uses a rating scale interface instead of a digital reading to reduce anxiety and misinterpretation around fluctuating blood glucose levels.

“The current process for measuring blood sugar levels is a long, painful ritual for just a mere glimpse at a three-digit number,” Poom said. “I believe humans are built from experiences, not just numbers.”

Winning the national portion of the James Dyson Award earned him $2,500. With the prize money, he plans to finalize his prototype, patent AeroLyze and advance the tool’s machine learning to form predictions based on users’ habits to alert them when they might be reaching dangerous glucose levels.