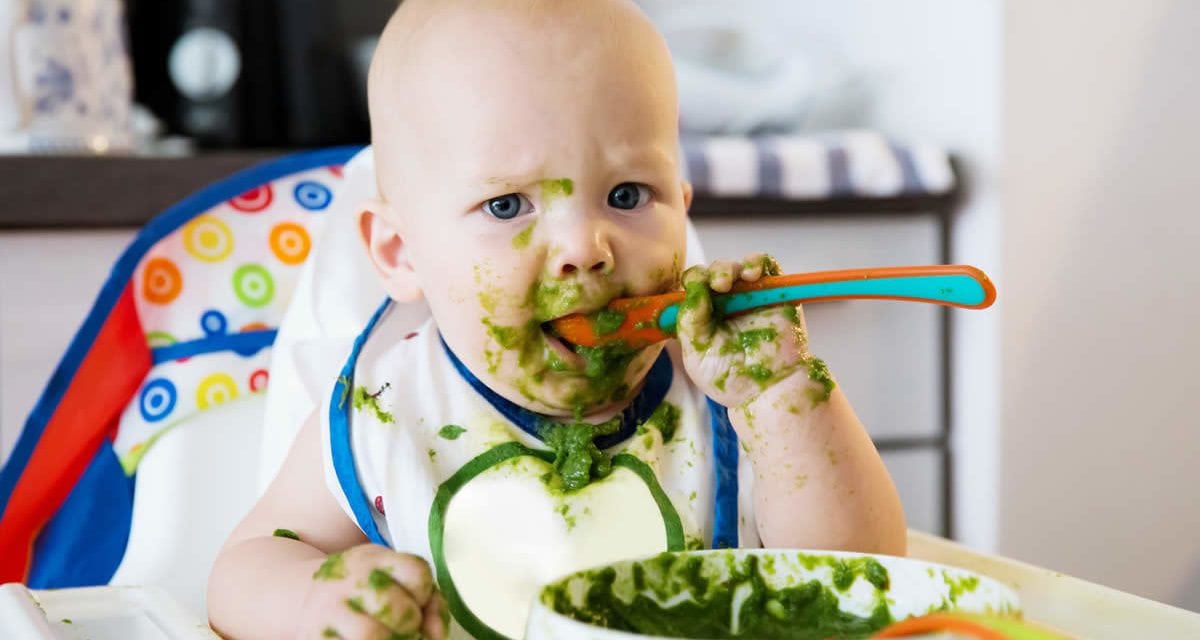 I love working with baby products. Often, there are challenges that inventors are totally unaware of when they contact me—such as the Consumer Product Safety Improvement Act of 2008 that resulted from unsafe children’s products being made globally (no, manufacturing in the United States is not exempt) and the resulting slew of product recalls.
Lisa Pullen first contacted me about nine years ago when her first child was a toddler; she had a great idea for a unique baby bib. As they say, “Life happened,” and we finally started working on the project again a few years ago. In the meantime, Pullen married, became a pharmacist and had a second child. I admire her for never giving up.

Edith G. Tolchin (EGT): How did the idea for the Bib-be-Down™ come about?

Lisa Pullen (LP): My first child was born in 2007, and I essentially raised her by myself. I was working full-time and finishing up my MBA, so I had very little time for inefficient products and processes.

That said, I always struggled when it came to my daughter’s feeding time. She would grab the bottom of her bib and tug at it, and also pull it up onto her face. I felt that I needed three hands to feed her—one to hold the jar, one to hold the spoon, and one to hold her bib down. That’s when I started searching for a bib that couldn’t be pulled up, but I never found one. Then, with my very novice sewing skills, I decided to make the bibs myself. When my daughter used them in public places I was often asked where I found a bib like that. That’s when I felt I was onto something.

EGT: What are the bib’s special features?

LP: Bib-be-Down features two straps that attach behind the back so the baby cannot twist the bib around or pull it up onto his or her face. These straps are adjustable so the bib will grow with the child. The bib also features one long neck strap so it can be attached with one hand. Bib-be-Down looks similar to a vest and can be worn throughout the day. With a cotton-polyester front and terrycloth back, this bib is thick enough to prevent food from leaking through to the baby’s clothes.

EGT: How did the bib’s development get put on the back burner for several years?

LP: When I came up with the idea for Bib-be-Down, I simply didn’t have the money to fund the project. So I had to abandon the idea with the hope that I would be able to begin again later. Eventually, I went back to school full-time and became a pharmacist. I got married and had another baby. So the motivation to complete this project resurfaced, and I had the financial and emotional support to move forward.

EGT: How did you create the prototype? What were the various versions of the bib?

LP: Many years ago, I hired a company to create a professional prototype based on the version I had sewn myself. The current design isn’t much different from the original. When I re-started the project, I experimented with different materials, snaps versus hook-loop, and different sizes and placement of the hook-loop. The final design was definitely influenced by the Consumer Product Safety Improvement Act.

EGT: Refresh my memory on how we started to work together on this project.

LP: I first contacted EGT Global Trading in 2009. EGT has guided me through every step of this complicated manufacturing process, introducing me to the CPSIA and its implications on children’s products. My design was limited in certain ways due to safety issues; for instance, I wanted to use snaps instead of hook-loop, but that would have complicated the process even more due to concerns about babies choking on snaps.

LP: Packaging design is such an important component of inventing. A packaging misstep can sabotage your product’s success, so this step of the manufacturing process shouldn’t be taken lightly. I hired Josh Wallace to design my packaging, and he did a great job! He was challenged with coming up with a package that properly showed the product, that was appealing to the eye, and that met all CPSIA requirements. This was no easy task, and I am very pleased with his final result.

LP: Once the design of the prototype and the packaging were complete, Bib-be-Down was submitted to various Chinese factories for quotes. The selected factory sent back a counter-sample for approval.

Once the counter-samples were approved, the factory proceeded with pre-production samples. This process was fairly simple, thanks to having EGT as a middleman. Samples had to be sent off for CPSIA testing before being prepared for mass production. Once the mass production samples were approved, the factory completed sewing the bibs, packaged the order, and we scheduled an inspection by a third party before shipping them to the United States.

EGT: What obstacles did you encounter while developing your product?

LP: Fortunately, I have not encountered any major problems. Besides the language barrier with the factory in China, the biggest obstacle I faced involved the size of the hook-loop on the bibs.

The hook-loop on the counter-sample was considerably larger than on the pre-production and mass-production samples. The hook-loop got smaller with each sample I received, but I did not notice the difference until I received the mass-production samples and compared the samples from all three stages. However, when we asked the factory to fix the problem, they said it was too late because the hook-loop had already been sewn on. I decided to take the chance that the bibs would still be big enough to grow with each baby. In order to protect myself from any future surprises, I included the hook-loop size requirements in the inspection criteria for the final product.

EGT: What would you change if you could?

LP: I regret that it took me so long to complete this project. I wish that I could have had a finished product many years ago, but I have to appreciate that everything happens for a reason. I am so grateful to have the opportunity to see this process through to the end.

EGT: What have you learned about manufacturing a baby product in China?

LP: I was surprised by the time involved. I struggled to find the time to devote to the manufacturing process because of the hours I work and my obligations to my family. An inventor must be able to balance his or her responsibilities.

EGT: You are about to receive your first shipment of Bib-be-Down. What’s next? What are your goals?

LP: I cannot wait to receive my first shipment of Bib-be-Down, because I will finally have something tangible to share with people. Now that the manufacturing process is coming to an end, I am shifting my focus to marketing my product.

Initially, I plan to sell directly to consumers via the internet and consumer shows, but my ultimate goal is to see my product on retail shelves. Although I am extremely proud to have come this far, I would love nothing more than to have other parents use my product and tell me that Bib-be-Down has made feeding their child so much easier.