Way-backstory on Eclipse Glasses is Cloudy but Interesting 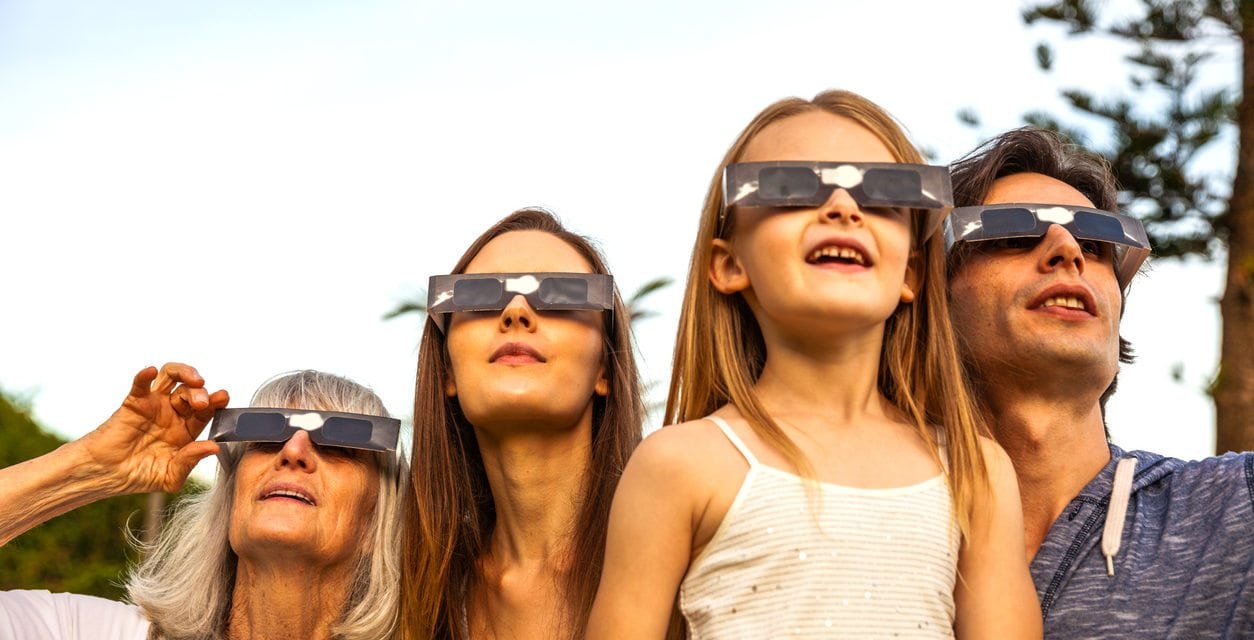 “Don’t blindly trust companies selling bogus eclipse glasses,” the clever headlines said in the run-up to our recent eclipse-o-mania. Hopefully, you learned you needed glasses that were ISO 12312-2 certified—a requirement set by the International Organization of Standards with the backing of NASA.

But who invented these glasses? My patent and copyright searches found nothing definitive. That seemed odd—until one considers that there couldn’t be much of a market for equipment that might be needed once in a lifetime.

Our turn for the obligatory eclipse pun: Slate.com shed some light on the history of devices used to view an eclipse. It says that around the year 1000, Egyptian scientist Ibn al-Haytham used the first pinhole camera, also known as a “camera obscura,” to view the eclipse safely. Such cameras project the image of the eclipse onto a viewing screen so people don’t have to stare directly at the sun.

OK for starters, but seeing just a shadow wasn’t good enough. In the first telescopic viewing of a full solar eclipse, King Louis XIV of France (1638-1715) covered his telescope’s objective lens with a piece of smoked glass to dilute the harmful light. This method remained popular for a couple hundred years until the 1930s when, according to author and Notre Dame Ph.D. Steve Ruskin, products such as the Eclipse-o-scope came to the fore. These eyeglasses had protective film covering the eyeholes, claiming enough protection to look directly into the sun.

Maybe not. According to Slate, a 1947 article by Paul Tower, M.D., in the Journal of School Health said 32 children suffered vision issues after using smoked glass to view the eclipse as it passed over Los Angeles. He concluded that neither smoked glass nor film provided sufficient eye protection from the sun.

Current regulation eclipse lenses are made from black polymer, a resin containing carbon particles that is used for many kinds of solar filters.

While humans scurried to get a better view of the eclipse, many animals and birds acted as the experts predicted: They didn’t want anything to do with it. When the darkness reached totality here in Charlotte, N.C., many dogs could be heard barking.

It was a good thing there were no chickens around. In 1878, Thomas Edison set up his telescope in an abandoned henhouse to watch an eclipse and reportedly was mobbed by chickens coming home to roost.

They, an inventor and artist in Galveston, Texas, who was profiled in last December’s Inventors Digest, verified what has been said about birds during eclipses over many centuries: They hide or go to roost.

“I noticed the birds here have disappeared,” he said after the 2017 event (Galveston had 67 percent coverage). “Gone. None to be seen anywhere.

“Down here, I have never once seen less than a dozen birds at any moment. Always. Until now. I queried folks across the country and asked them what birds were doing where they were, and all so far are reporting the same thing. Birds have gone quiet.”

But not as quiet as places that were selling eclipse glasses.