What is a Work Wonnie? 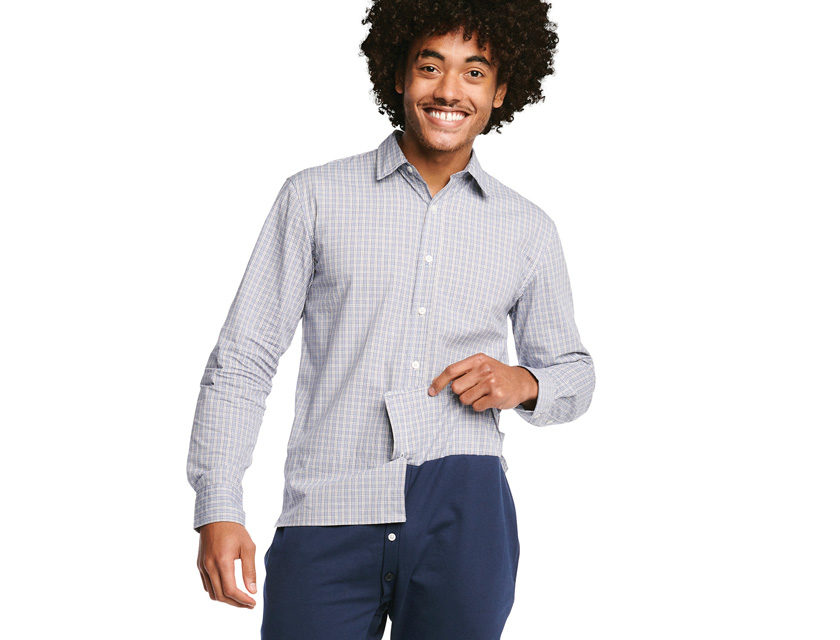 Hyderabad Airport in central India has added IoT capability to all 3,000 of its baggage trolleys, the core of what is called “Smart Baggage Trolley Management.”

The system can locate trolleys in the terminal and help airport staff move them to areas where they are needed to reduce wait times for passengers. The trolleys also have an alarm that sounds if they are moved away from the designated use zones to protect against misuse and theft, and can predict the need for trolleys in certain zones based on arrival schedules. The system is the first of its kind in the country. —Jeremy Losaw

It’s a Work Wonnie—a grown-up onesie that lets you look professional during typical seated teleconferenced videos while your lower half does the jogger pants home-lounging thing. Its makers call it “a mullet for your wardrobe.” Comes complete with butt flap.

With people reluctant to touch door handles since the emergence of COVID-19, 13-year-old Mizan Rupan-Tompkins of San Francisco invented a hooklike tool for opening doors without direct contact. He made it with one of his three 3D printers. A small puncher on the Safe Touch Pro can be used on keypads and at ATMs, cashiers, and gas stations. After researching others stylus designs, Mizan made his tool from plant-based plastic that is germ resistant. He has also built a computer and his own Alexa from scratch.

The amount in prepaid royalty guarantees required by the NFL for anyone to license any of its numerous trademarked items. The NFL also requires a commercial insurance policy of $6 million and liability coverage totaling $12 million, among other conditions.

1 Which singer filed a copyright suit against MC Hammer for his 1990 hit “U Can’t Touch This” and was eventually credited as a co-writer of the song?

3 True or false: Thomas Jefferson’s passion for knowledge was so intense that he invented a revolving book stand.

4 The iconic PEZ dispenser, patented in 1952, gets its name from the German word that means:

5 True or false: The first disposable diaper was made by inserting it into a trash bag.

1.C. The song’s opening bass line was borrowed from James’s 1981 hit “Super Freak.” The lawsuit was settled out of court. James eventually shared a Grammy Award—his only one—for the Hammer song. 2. Elmer’s, 1952; Scotch, 1970s. 3. True. 4.A. It derives from the word pfefferminz. 5. False. It was inserted into a shower curtain.