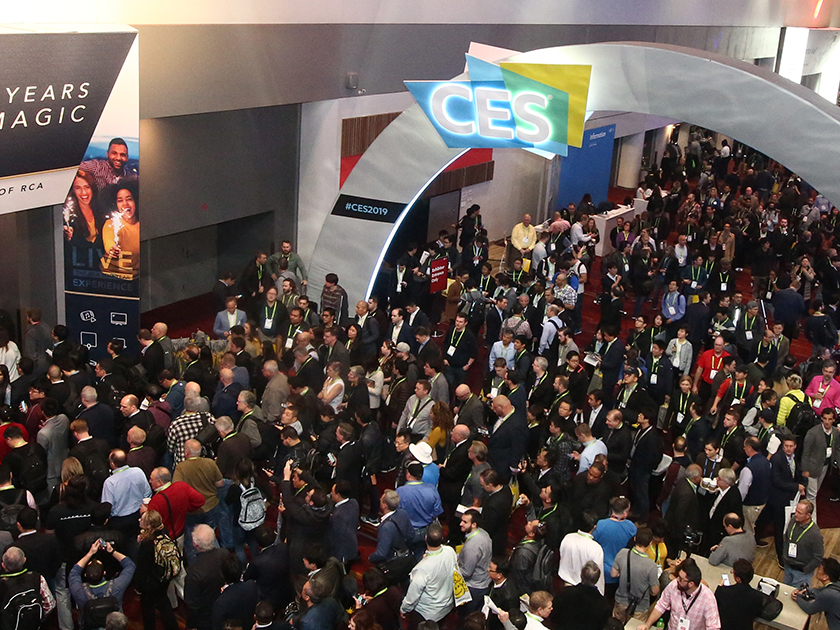 If you can get in, here’s an idea of what awaits at this massive trade show

If you are fortunate enough to get into the Consumer Electronics Show—the world’s largest consumer technology show—it is never too early to plan.

Next year’s gala is January 7-10, and it is well worth the wait and preparation. Allow yourself enough time to apply and know that CES is a trade-only event for people 18 or older and affiliated with the consumer technology industry. It is not open to the general public.

With about 4,500 exhibiting companies this past January and exhibit space of more than 2.7 million net square feet, the show is big-league all the way. The technology is amazing. The exhibits are over the top, and all of the industry pros are there.

But it is a lot of work attending and exhibiting at CES. It is an exhausting week of travel, meetings and pitching your product (or yourself). This is what it is really like to attend this blockbuster show. Pack your bags; we are headed to Vegas.

The show starts at the airport. From the east coast, it is about 5-6 hours  depending on the route. If you are exhibiting, you will have some mix of very valuable prototypes and/or accessories for the booth, which can be nerve-racking. (Two years ago, I checked a full-size range stove, which received a few odd looks and queries from airline staff.)

Once you land, two things are a must. First, you need to check in at the CES table at the airport and get your badge, as you need this all week to get into the exhibit halls. Second, and most important, get your driver to drop you off at In-N-Out Burger for a double-double with animal fries. Yummy. You may regret this a few hours later, but don’t let that stop you.

Exhibit halls are closed to show-goers on Monday, but it is prime time for exhibitors to set up their booths.

Depending on the size and complexity of the booth, this can take all day and is not without its troubles. 2019 was the first year for Enventys Partners as an exhibitor, and our name tag was spelled wrong. Fortunately, the CES show staff had a new one printed for us on the quick.

Monday is also media day, with conference speakers. If you have a media pass (as I did), you can go to a variety of press release events for many of the large companies that exhibit at the show. If you have paid the extra bit of money for the conference track, you can go to the panel discussions with industry experts.

I went to a couple of panels about augmented reality that were very informative. Then it is off to bed early to be fresh for opening day.

The first day of the show is a whirlwind. The show opens at 10, but exhibitors are allowed in a couple of hours early to tidy up their booths and make sure their prototypes are working properly.

The lobby is buzzing in the minutes before the doors open, with an audible cheer that goes up once security allows the first attendees through.

Day 1 is also where you refine your pitch. Whether exhibitor or attendee, the day is a wall of conversation; you learn quickly how to refine your product or your whole career into just a couple of sentences. Everyone has business cards and/or flyers about his or her product in addition to the other swag such as pencils and stickers. It is important to pick up a free tote bag from whichever exhibitor has them on offer to hold onto the flyers you want to keep.

This first day is the most attended, so you need to make the most of it. Lunch is quickly taken at the food court in the exhibit hall or standing up while manning the booth.

If you exhibit, you may not leave the booth for whole day. The time is just too valuable. If you have done your job well, you should have a hamburger-sized stack of business cards to bring back to the hotel at the end of the night.

Wednesday is a great day to schedule these types of meetings. If you have a booth, people will often come to you, so you don’t miss any valuable time meeting with other show-goers. If the meeting is sensitive in nature, private meeting rooms on the show floor are available to talk through the details of a deal.

CES is all about the after-parties, and Wednesday night is prime time. Groups such as Hardware Massive and other tech companies will have either invite-only or first-come after parties at venues on the strip.

I attended a French Tech meet-and-greet in Caesar’s Palace and was treated to some free beer while I futilely attempted to network with French entrepreneurs. The show floor is chaotic, but these after-hours events give you the chance to make some deeper connections with other show-goers.

It’s Day 5, and the past two days have been spent on your feet. Coffee (or tea in my case) is a necessary pick-me-up as you lumber back to the exhibit halls for another day. Your voice is likely at least a little bit hoarse, but you have to push through.

Most of the important meetings are behind you, so there is time to explore the other exhibit halls. You can head over to see all of the 8K TVs, VR headsets and other whiz-bang tech. It is a perfect time (if you are a Sony shooter) to drop off your camera at the pro-services booth for a free checkup and sensor cleaning.

On the last day of the show, the atmosphere is much more relaxed. Many of the show-goers (especially the overseas crowd) start to head home. Exhibit halls are far less congested; you can see the droopy eyes on people who have remained.

You finally have time to meet your exhibit hall neighbors and see how their show is going. With fewer people in the halls, it is easier to get some good photos, too. A sit-down lunch may be an option.

At the end of the day, it is celebration time. People grab a beer from the food court to toast to a job well done. Booths are emptied.

It has been a long but fruitful week, and there is plenty of promise in the stack of business cards you have collected. An investor, contract manufacturer, mentor or new friend may be buried in that stack. Unfortunately, the real work starts when you get home next week. You have an awful lot of emails to write.