What IS that? It’s the Potato Pal! 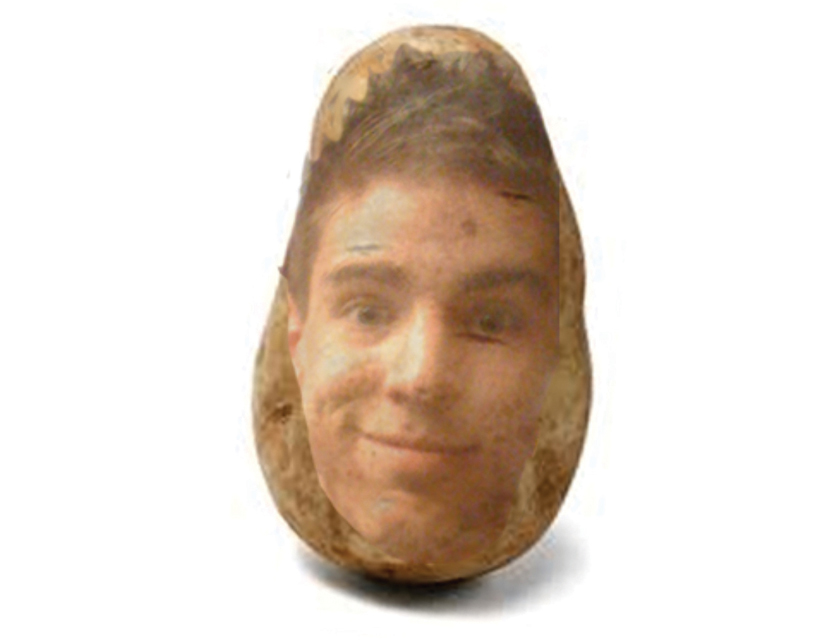 The U.S. Army now requires its remote workers to turn off the IoT devices in their home workspaces. Army Chief Information Officer Dr. Raj Iyer announced the policy amid a spike in home-based workers due to the coronavirus pandemic.

IoT devices pose a cybersecurity risk because they extend the nodes of the network, creating additional avenues for bad actors to gain network access. In addition, smart home devices record a lot of data, including audio and video that could contain sensitive information regarding key military initiatives.—Jeremy Losaw

It’s the Potato Pal. Just upload your image, send it, and you receive an Idaho potato with your image as well as an optional message. One reviewer wrote: “I hand these out to advertise my business. It’s a little more difficult than a regular business card as I have to carry a massive sack of potatoes everywhere I go, and it won’t fit in my wallet. You also have to make sure to hand them all out before they sprout or get all mushy and gross.”

Anish Bhethanabotla, an eighth-grader from San Jose, won the California Invention Convention’s 2021 Most Innovative Award for his comprehensive, low-cost automatic ventilator and vital signs monitor. The invention, called ADVENT, can work in urban settings during a pandemic or rural settings where health care infrastructure is limited. About 3 million people die annually of respiratory illnesses, and the average cost of an ICU ventilator is nearly $40,000.

The percentage increase in patents by South Korea-based Kia Motors in 2020 from 2019—giving it a total of 1,323, per Nasdaq.

1 True or false: You can trademark a number.

2 Thomas Edison, Henry Ford, Harvey Firestone and naturalist John Burroughs took annual camping trips between 1916 and 1924. What did they call their group?

3 True or false: Lawrence Welk patented his accordion-shaped ashtray after hearing the 1972 Deep Purple hit “Smoke on the Water.”

5 Which was invented first—the ballpoint pen, or the electrically operated typewriter?