When Was the 3 Millionth Patent Granted? 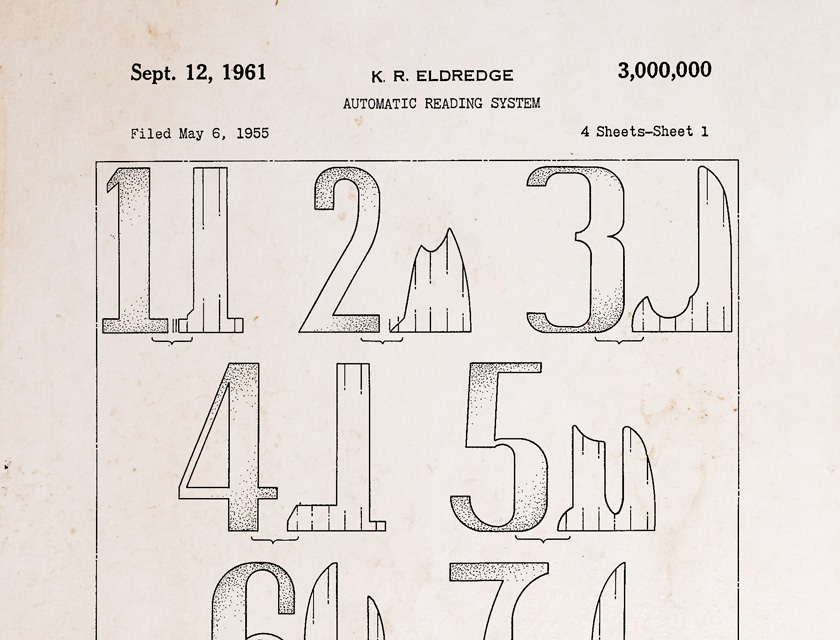 U.S. Patent No. 3,000,000 was granted to Dr. Kenneth R. Eldredge of Palo Alto, California, for an automatic reading system for utilities. He was a staff scientist at the Stanford Research Institute.

His invention allowed for the conversion of human language into machine language, vastly improving the efficiency of automatic data-processing machines. The patent, now expired, was filed by General Electric Co. in 1955.

Dick West of United Press International wrote in a humor column that the patent was for “an electric instrument which makes it possible for banks to bounce checks faster than was hitherto possible.

“Actually, the machine does more than bounce checks, but that is the part I found impressive. It means that some of us depositors who take a calculated risk now and then will have to start getting to the bank a little earlier on payday.

“The machine was described in a press release as being ‘no larger than a watermelon,’ but this is misleading. The model I saw on display … was somewhat bigger than a breadbox.”

West lamented that U.S. Patent No. 2,999,263, issued to John Raymond Smith of Rockingham, North Carolina, was not the milestone patent. “It is a hair brush with a built-in vacuum cleaner for removing loose dandruff.” (Editor’s note: A predecessor to the Flowbee?)

“Other new inventions include a portable rest room, a combination dust pan and brush, and—wonder of wonders!—a device to keep dogs away from trees. These are things the world long has needed.”