When Was the Trademark for Batman Registered? 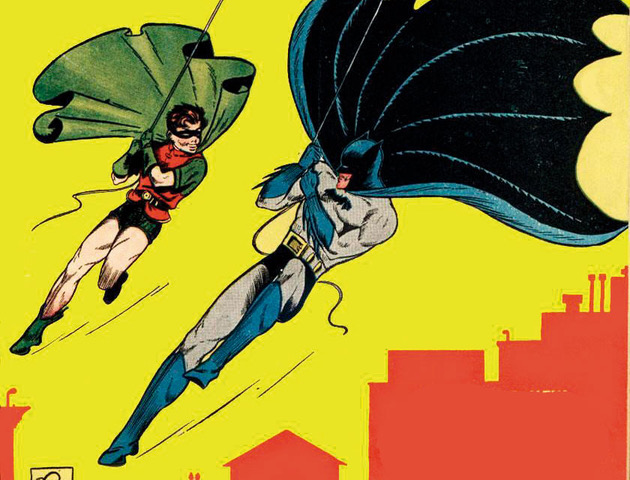 The cover for Batman No. 1 (spring 1940), drawn by legendary comic artist Bob Kane, shows Batman and Robin swinging from ropes before a yellow background. Two iconic villains, the Joker and Catwoman (then known as the Cat), were introduced in the first issue. The comic book cost 10 cents.

The first facing inside page of the issue says “The Legend of the Batman—who he is and how he came to be!”

In the second story in the issue, Batman kills villain Hugo Strange by hanging him. Especially in the mid-1960s television show, Batman did not use lethal violence against his enemies.

An original but restored copy of Batman No. 1 and professionally graded 6.5 (on a scale of 10) was recently put up for auction on eBay with a starting bid of $48,000, with no further bids.

Tod Machover was born. He is the leader of the MIT Media Lab’s Hyperinstruments/Opera of the Future group.

Machover has composed five operas and helped to develop many groundbreaking musical technologies. These include Hyperinstruments, a technology that augments musical expression for virtuosi (from Yo-Yo Ma to Prince) and amateurs, and Hyperscore, software that allows anyone to create sophisticated, original music by using lines and colors.

Many of Machover’s principles involving ”active participation” in music are exemplified in “Guitar Hero,” a series of music rhythm games first published in 2005, which grew out of his lab.