Who Are You, Anyway? 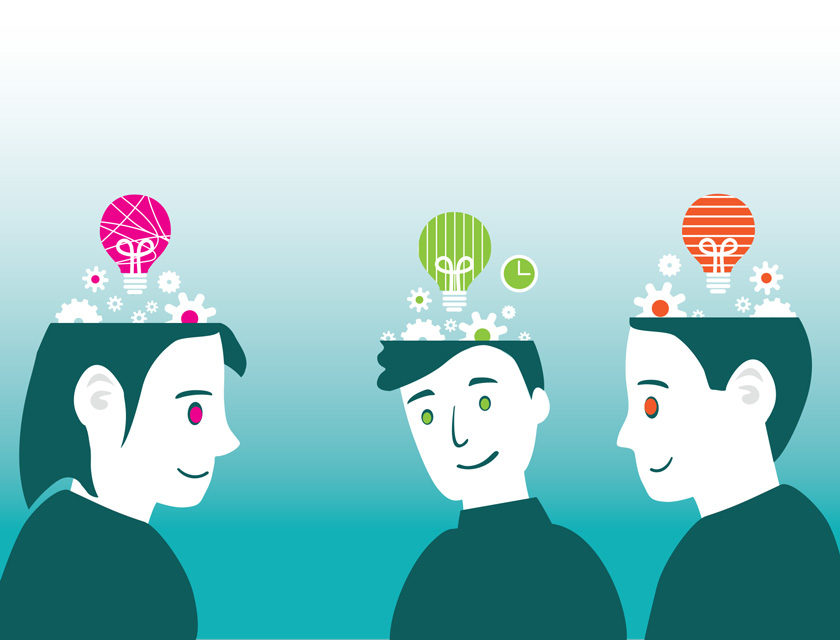 Inventor or Entrepreneur? These 8 measuring sticks of personality may help—or not

Psychologist Carl Jung’s personality types may come closer to a way of assessing our true personality.

What is your destiny, and how do you know for sure? From fortune tellers to scientific analyses, many methods help us assess what we can do best.

And what do we mean by best? There are plenty of measuring sticks, eight of which I’ll cover herein:

Determining your destiny could help you discover whether you are mostly an inventor, as opposed to being mostly an entrepreneur.

Scholastic performance is legitimate but based on our ability to take a test. It generally does not measure creative ability, which defines inventing.

IQ tests that don’t test creativity are of questionable value for inventors.

Psychology tests are often criticized as junk science. For example, the popular Myers-Briggs test emphasizes introversion vs. extroversion. I know inventors and entrepreneurs of each type, and I doubt there is a dependable correlation with inventing or entrepreneurship.

What we gravitate toward, especially as youngsters, may be a valid indicator. However, inventors and entrepreneurs may prefer reading to puttering around with mechanisms or dreaming of being in their own business.

Jung’s personality types may come closer to a way of assessing our true personality.

His 12 archetypes can be set side-by-side with the main specialized tasks that were crucial to tribal survival during our 300,000 years as Homo sapiens. For example, Jung’s explorer, chief, sage, caregiver, etc., are all common to personality types that enabled the tribe to become efficient, successful and sustainable. Thus, there is some arguable science behind Jung’s method.

However, I am a bit skeptical about his neat number 12.

Jung and his followers have divided a circle into four quadrants, each showing a basic personality type, with each quadrant having three subordinate types. The numerical and graphic convenience of the numeral 12 makes me wonder if someone didn’t plug a gap or two for the sake of symmetry. All in all, however, my opinion is that Jung is about as close to genetic science as we’ll get for now.

Maslow emphasizes that we each have an inherent “biological destiny.”

He died in 1970, nearly two decades after Watson and Crick discovered DNA. Had he lived longer, (he died at 62), it is likely he would have combined his biological destiny principle with Jung’s archetypes and Watson and Crick’s DNA to form a more complete theory of personality, one that we could apply to ourselves as inventors or entrepreneurs.

The Enneagram is a circle divided into nine segments, each having a personality type. But I prefer Jung’s archetypes to the Enneagram types. Just my opinion, but I feel that Jung is closer to the truth.

The Eyseneck is also a circle divided into quadrants, each having eight subordinates values. That gives us 32 personality types, but the four basic divisions—stable vs. neurotic, and extrovert vs. introvert— seem too far removed from our biological destiny for me to view them as the final word on deciding whether we are suited to be inventors or entrepreneurs.

In summary, we probably don’t have any reliable test or combination of tests that tell us we should favor inventing or producing and marketing.

I suspect that our 300,000 years as tribal beings weighed against our 10,000 years as civilized beings gives the edge to Jung’s archetypes. The tribal “artist” was a maker of hand axes, arrow tips and spear points, and is the inventor these days. The “explorer,” with a bit of “chief” mixed in, is the entrepreneur.

These are intriguing thoughts, but are they of any real value unless we authentically sense our archaic destiny?

So, the psychology of career personality testing is soft science. What is needed is a lifetime long study—something like the Framingham Heart Study, which started in 1948 with 5,000-plus persons and is still ongoing.

We need to show statistically the degree of career success and the personal fulfillment that was achieved by men and women who followed a career based on the results of personality testing, as against those who followed their gut feel for their career or simply chose it out of economic necessity.

You might cautiously investigate any or all of the eight personality assessment means above as partial answers to your personality. But when we’re faced with the decision to license or produce, we need something more practical.

In my case, I’ve vacillated and changed at least three times. I started as an inventor.

When I was 7 or 8, I invented an insert for my mother’s heavy cast-iron frying pan because she complained about carrying it to the table to dish out the scrambled eggs. It was a simple and impractical device that would have dripped grease all over the floor, but it showed I was attempting to solve a need.

As an adult, I continued inventing (you might say designing) new products for my corporate employers. I worked with many engineers. To my surprise, those who had the most formal education did not outperform those with minimal engineering education.

At age 45, I left corporate life and started a small manufacturing company with the hopes of using its income stream to invent products. I developed four products but quickly discovered I knew nothing about marketing them.

One of them was a promising electronic device for planes. A company was interested but insisted on my having liability insurance before it would license it. Three insurance companies turned me down because I had no track record in manufacturing devices for aircraft. Oh, well—that’s how we learn.

Eventually I had an offer I couldn’t refuse, sold my company, and returned to inventing. I had two successful inventions.

I invented the working mechanism of the world’s first disposable laparoscopic surgical instruments. This made my employer many millions of dollars, but I had signed an employment agreement that yielded all rights to anything I invented that the company would use.

Such is corporate life. At least I had the fun of being granted a few patents.

Gradually, I turned from inventing to writing. I had always wanted to write and had some success in parallel with mechanism inventing.

I sold my first non-fiction book, “Make Money by Moonlighting,” to Enterprise Publishing in 1982. It’s still available on Amazon. And I’ve been writing for Inventors Digest since 1996.

In 2005 I licensed my book, “All I Need is Money: How to Finance Your Invention” to Nolo. My latest book, “Hire Yourself: The Startup Alternative” will be published by Ingram on Feb. 15, 2021. (I think of books as a kind of software invention.)

So, with all of my wandering from inventing to entrepreneurship to writer, does this qualify me as an expert on career counseling? Not quite. But I witnessed a great deal of success and failure among inventors and entrepreneurs.

I can sum up the characteristics of the two personality types as I’ve known them.

Inventors are less concerned about time and deadlines. When they send birthday cards, if they remember at all, they’ll be a day or two late. Their desks and workbenches are a mess. They fall in love with their inventions and often find that the marketplace is not receptive. They might unknowingly wear two different socks.

The entrepreneur is always on time. Their desks are cleared each night. Their iPhones are loaded with appointments six months or more ahead. They are less concerned about the specific item they market than its position and demand in the marketplace.

I may have cited extreme examples above, but I have known or lived each type.

So, do I have any advice? Yes, but take it with intelligent skepticism.