Who Will Win the Alice Race? 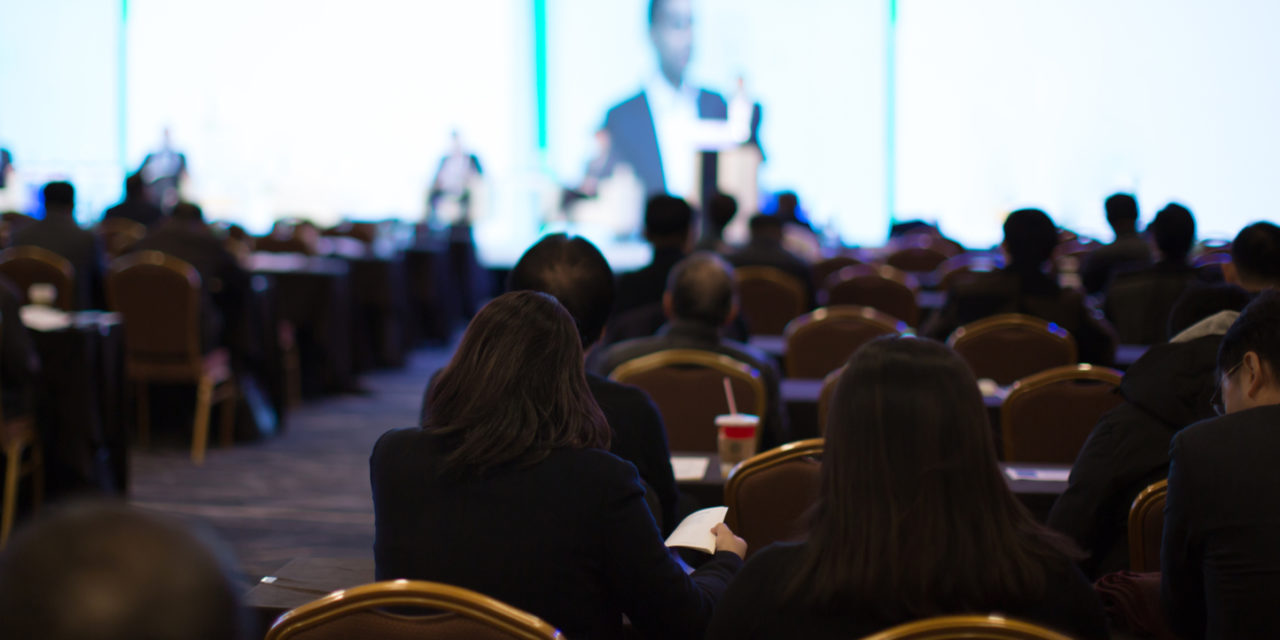 A belated Happy New Year to all of you!  As I reflect on this column, which has gone through various permutations over the past seven years, I am amazed how readership has grown organically via the Tangible IP website from a dozen (including several family members) to more than 15,000 professionals in the IP and business communities.

I must admit, this baby is a real time investment. But every time I think of retiring it, someone new tells me that he or she actually reads it and even enjoys it. Go figure!

Since November 2017, we have also been published monthly through the always informative Inventors Digest magazine. I feel strongly that the inventor community needs to understand how the market operates so that they can set expectations accordingly.

The big recent IP news is the United States Patent and Trademark Office’s release of revised guidelines for examiners and judges on patent subject matter eligibility in early January. (For specifics on the guidelines, see Page xx.)

So the race is on as to who will get rid of the infamous Alice (aka “abstract idea”) doctrine first: the USPTO, Congress or the courts? The new guidelines are to help examiners respond and treat patent applications that would normally have triggered Alice-based rejections. The new test should provide much-needed clarity and increase the number of allowed patents by cutting rejections on the basis of patentable subject matter, especially as it pertains to software patents.

USPTO Director Andrei Iancu was also successful in convincing the Patent Trial and Appeal Board to give deference to these guidelines when reviewing challenges to issued patents. This should help reduce the patent invalidation rate that has remained fairly high over the years. It is never easy to put the genie back in the bottle, and this is precisely what Director Iancu has been doing of late—and rather successfully, I might add.

The problem we are now facing is that the courts (especially the U.S. Court of Appeals for the Federal Circuit, which hears all patent cases under appeal) has yet to embrace this new simplified approach and has no obligation to do so. The USPTO is limited to rule making, whereas a change in law must pass through Congress.

Similarly, Congress has several bills on the table that attempt to address this matter, including the recently filed STRONGER Patent Acts, but none of these is likely to see any momentum during this new Congress as the House and the Senate will be dealing with more pressing issues that should be obvious to anyone reading the news. Some have also posited that the new guidelines published by the USPTO may actually remove some of the impetus for Congress to do anything, on the premise the problem has now been fixed.

This could leave inventors with a new false sense of security that their patents are now valid in spite of Alice, only to discover years later that the courts never agreed to the USPTO approach and declared their patents invalid under the Alice doctrine.

Bites at the Apple

Apple and Qualcomm have continued their recent all-out patent war on several international fronts, with varied success emblematic of the legal patent environment in place in different countries. At its essence, Qualcomm is suing Apple for non-payment of royalties due to its chipsets that go into Apple products, while the Cupertino company is pushing back on payments on the basis that the rates are unreasonable and has filed a formal complaint with the U.S. antitrust division.

Last fall, Qualcomm had the International Trade Commission (the U.S. competition watchdog) declare that its patents were valid and indeed infringed by Apple, only to see it refuse to issue an exclusion order—the only remedy one can hope to receive from the ITC as it cannot address any award in damages. Meanwhile, Qualcomm took its case to China and Germany, respectively, where it quickly obtained injunctive orders preventing Apple from shipping several of its products out of China or selling them in Germany.

In other words, Qualcomm had no choice but to resort to forum shopping to find a friendlier jurisdiction. Except that instead of going to the Eastern District of Texas, as used to be the default mode, it filed suit in Asia and Europe because no other jurisdiction is currently harder on patent owners than the U.S. court system. You have heard me often state this, but this is a perfect example of how policy affects business decisions.

If you are considering starting or investing in a start-up whose IP is key to its future success and growth (and honestly, when is this not the case?), where are you more likely to place the company, all other things being equal?

It was reported that North, the company behind the Focals AR glasses, acquired the “technology portfolio” behind Intel‘s Vaunt AR glasses. Basically, North just got its hands on 230 of Intel’s patents to help propel its Focals AR glasses into the future. …

Facebook purchased 107 U.S. patent assets in the third quarter of 2018, after a two-year hiatus from buying in the brokered market. The patents it bought in July mostly related to wireless communications and web security. …

According to RPX, which tracks all patent assignments with the USPTO, Sovereign Peak Ventures, LLC (SPV), an affiliate of Texas monetization firm Dominion Harbor Enterprises LLC, received more than 500 assets from Panasonic in October 2018. USPTO records also identified roughly 65 U.S. patents assigned from Entropic Communications, a subsidiary of MaxLinear, to Dynamic Data Technologies, LLC (DDT). Those patents are part of a larger acquisition effort by DDT which, in October, began an international litigation campaign asserting a subset of the acquired portfolio. …

Also, since it announced that it was no longer purchasing assets in April 2018, former powerhouse Intellectual Ventures has accelerated the sale of patents from its portfolio, including transfers to a number of particularly prominent non-practicing entities (NPEs)—in some cases, retaining a financial interest in the assertion of its divestitures. …

Finally, although companies such as Uber, Lyft, Pinterest and Slack are among companies planning or actively considering IPOs this year, in comparison to the past, such unicorns are acquiring far fewer patents in the run-up to listing. This reflects a more general trend that U.S.-based companies receive less bang for their buck from patents than in the past.

One recent big loser was undoubtedly Wi-LAN, the Ottawa-based public NPE that saw its $145 million award against Apple melt like Canadian slush to a paltry $10 million after a judge ruled that the wrong basis for the initial award had been used. Should Wi-LAN accept that revised award, it would probably barely cover its legal fees after what was a lengthy trial. And remember, it won! …

In the biotech space, we witnessed several decisions affecting important drugs. But the most important one came from the Indian Supreme Court that saw Bayer-owned Monsanto prevail in a closely watched Indian Supreme Court case where the top court upheld the patentability of novel genetically lab-engineered chemical entities such as the company’s blockbuster Bt cotton variety. This is expected to have a major impact on the industry.  …

In the U.S., Amgen lost its bid at the U.S. Supreme Court to overturn a ruling that kept the Regeneron Pharmaceuticals Inc. and Sanofi S.A. cholesterol-lowering drug Praluent on the market. American pharmaceutical firm Hospira was not so lucky; a U.S. district court invalidated two of its patents in a victory for German health care company Fresenius Kabi. …

For those tracking the tribulations of Allegan since it had the clever idea (back then, at least) to sell some of its blockbuster drug patents to the Saint Regis Mohawk Tribe in order to bypass the PTAB, which did not work, the company has recently appealed to the U.S. Supreme Court so that the sovereign immunity of the tribe can be confirmed. …

In the high-tech world, Ericsson scored a major victory when a Texas federal judge ruled in a major blow to HTC—which has accused the company of trying to overcharge on royalties to license cellular and wireless network SEPs—that Ericsson isn’t automatically required to license its standard-essential patents at the much cheaper component level. …

Last but not least, a tip of the hat to IBM, which earned a record 9,100 new patents in the United States in 2018—marking the company’s 26th consecutive year of U.S. patent leadership. IBM led the industry in the number of artificial intelligence (AI), cloud computing, security and quantum computing-related patent grants.

In what is a first for RPX, it announced a large licensing deal with Italian-based NPE and patent pool Sisvel involving approximately 700 WI-FI Standard Essential Patents. As a result, all of RPX members (a few hundred companies) will now be licensed under those patents. The patents in play belong to Orange S.A., Fraunhofer IIS, Koninklijke KPN N.V., Columbia University, Hera Wireless S.A., Enact IP S.A., and Aegis 11 S.A. In addition to the existing patent owners, Mitsubishi Electric joined this transaction and will now become a patent owner in the Sisvel Wi-Fi Joint Licensing Program. …

Also, on the eve of the cross-patent licensing agreement it renewed a few months ago, Microsoft and LG recently announced a tentative agreement to develop automotive technologies. Under the agreement, LG will take advantage of Microsoft’s Azure cloud and AI tech to develop its digital platform for the vehicle industry, a market that LG says is key.

On the legislative front

As the U.S. Congress is poised for another two years of gridlock on anything substantive, some argue that this is a perfect opportunity to legislate in a bipartisan way around the needs to reinvigorate patent rights that support innovation. But I wouldn’t hold your breath on this one!

The irony was not lost on anyone that U.S. and European companies are filing patents in record numbers—in China, which received more than 1.5 million new patent applications in total in 2018. The Chinese government also stated that the country’s top court will now rule on intellectual property cases for the first time from January 1, elevating the handling of an issue that has become a key complaint in the trade war with the United States.

Remember that last year, China created a specialized court for handling all IP matters. The government now directly controls the judiciary agenda at all levels for dealing with IP disputes, so do not be surprised to see foreign companies fare worse and worse in the future when asserting their patents against China-based companies.

Nevertheless, China is marching on to sell its vision of a market respectful of IP rights, and just released draft guidelines to boost fines fivefold for IP violators. This is meant to address the often-repeated complaint that damage awards in patent cases are too low and do not do enough to deter infringers.

Mr. Carbonneau is a recognized expert in intellectual property with close to 30 years of professional US, Canadian and international experience in all facets of intellectual property law and business. He is a former patent litigator with a national IP boutique firm and the former General Manager of IP Licensing at Microsoft Corporation where he spent 15 years.