Whose ‘Monopoly’ is it, Anyway? 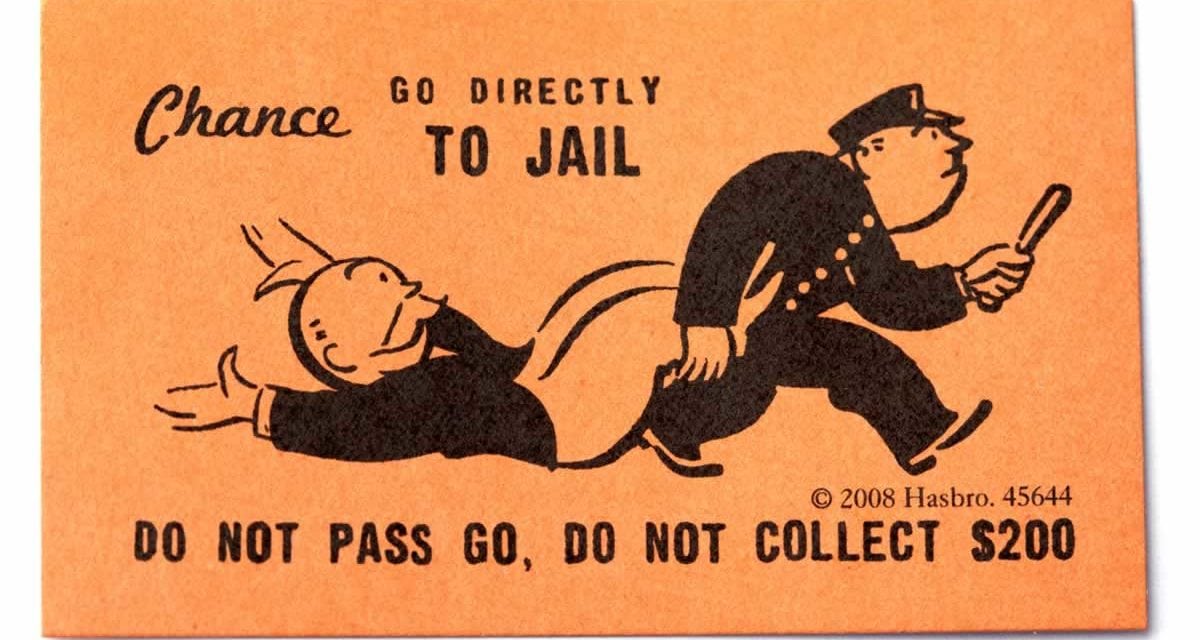 Anti-monopolist had patented forerunner to iconic U.S. game: Lizzie Magie sold her patent for “The Landlord’s Game” to Parker Brothers for $500 and no royalties.

All Lizzie Magie wanted was to make a statement criticizing the inequities of wealth. But she inadvertently ended up laying the groundwork for a historically popular game that in many ways celebrates that very premise.

Anyone who has ever played “Monopoly”—and that is millions of us—knows its goal is to accumulate more land and monetary wealth than your opponents, or to bankrupt them out of the game. So Magie’s “The Landlord’s Game,” first patented in 1904 and an unmistakable forerunner to the Parker Brothers classic, not only fell short of its mission but led to the modified, more commercialized version that made its owners millions of dollars.

For decades, Magie didn’t even get credit for her role in establishing the game and arguably being its principal inventor. That has changed.

Elizabeth “Lizzie” Magie was born to be political. In 1858—eight years before her birth—her father, James Magie, accompanied Abraham Lincoln as the latter traveled throughout Illinois debating politics with Stephen Douglas. James Magie later worked as a newspaper editor, further exposing his daughter to an intellectual and political atmosphere.

Lizzie Magie moved to the Washington, D.C., area in the 1880s and worked as a stenographer and typist at the Dead Letter Office. But she wasn’t just another anonymous employee, and certainly no shrinking violet: In protest of her low wages of $10 a week, the staunch feminist garnered national headlines by taking out an advertisement and offering herself for sale to the highest bidder as a “young American woman slave.”

Her talents were many. Magie was an actress, poet and writer of short stories whose works echoed her recurring themes of romance, pain and unfairness. She was also a female inventor with a patent by age 26—unheard of in 19th-century America—after coming up with a “type writing machine” in 1893 that facilitated paper moving through typewriter rollers.

Her most influential patent was yet to come. Having been introduced by her father to the writings of politician, economist and anti-monopolist Henry George, she hungered to demonstrate the evils of accumulating great wealth at the expense of others. George was an advocate of the single-tax theory, which essentially is that governments should tax land and only land.

Both Magie’s commitment to George’s principles and the resemblance to the latter-day “Monopoly” are obvious in “The Landlord’s Game,” for which she received a patent in 1904. Per henrygeorge.org, she wanted the game to be a “practical demonstration of the present system of land-grabbing with all its usual outcomes and consequences.”

U.S. Patent No. 748,626 shows the game’s main elements: a board with a square pathway, with players starting on a corner featuring a map of the world with the phrase “Labor upon Mother Earth produces wages.” Players roll dice, advancing to spaces where they pay for taxes, properties, railroads and utilities; the second corner shows “absolute necessity” coal taxes. The third corner has a Poor House and Public Park. The fourth corner is a property owned by “Lord Blueblood” of London, England. If you land on it, you go to jail.

How the game evolved

Magie married Albert Phillips in 1910, four years after she moved to Chicago. They eventually moved back to the D.C. area and got a patent for a new version of Magie’s game in 1924 (U.S. Patent No. 1,509,312). The updated version included named streets and other changes to the board, most notably the new name “The Landlord’s Game and Prosperity.”

The anti-monopolist mission remained, as evidenced by her patent application: “The object of the game is not only to afford amusement to the players, but to illustrate to them how under the present or prevailing system of land tenure, the landlord has an advantage over other enterprises and also how the single tax would discourage land speculation.”

By the late 1920s and early 1930s, the game had caught on at colleges and small communities in the Northeast and Mid-Atlantic regions, having evolved from Magie’s design and usually referred to as “Monopoly.” According to henrygeorge.org, a woman named Ruth Hoskins who lived in New Jersey created the version with Atlantic City street names.

Through a series of people connected to Hoskins, the game was introduced to a salesman named Charles Darrow, who got a copyright for his modification of the game in 1933. He was granted a patent for the game in 1935 by a U.S. Patent Office that was seemingly unaware of its forerunner. Magie sold her patent to Parker Brothers for $500 and no royalties.

The Smithsonian reported that Magie was “initially thrilled that her tool for teaching about economic inequality would finally reach the masses.” “Monopoly” sold 278,000 copies in its first year, 1,750,000 the next. Meanwhile, Darrow—by then widely acknowledged as the game’s inventor—was lauded as a storybook American success story: a man who created the game in his basement to support his family during the Depression. He and Parker Brothers became incredibly wealthy thanks to perhaps the most popular board game of all time.

In early 1936, the Washington Evening Star printed a story about Magie and noted her game’s resemblance to the board game that had quickly become a national phenomenon. She
reportedly was somewhat critical of Parker Brothers, which agreed to publish two more of her games—“Bargain Day” and “King’s Men” in 1937—and a third version of “The Landlord’s Game” in 1939, which henrygeorge.org says Parker Brothers “did nothing to promote. In fact, the game was almost immediately recalled from stores and almost every unsold copy destroyed. Today, very few copies survive.”

Magie said the wealth she missed out on was fine with her “so long as the Henry George single-tax idea was spread to people of the country.” She died a widow in 1948.

It’s safe to stay that the George premise was lost on the vast majority of the millions who have played the game. Worse, Magie got little to no credit for her role in inventing the game—until San Francisco State University professor Ralph Anspach designed a game called “Anti-Monopoly” in 1973.

General Mills (successor to Parker Brothers) filed a lawsuit against Anspach for alleged patent infringement. During a decade-long legal battle, Anspach presented evidence revealing the true origins of the game. Mary Pilon shed further light in her 2015 book “The Monopolists: Obsession, Fury, and the Scandal Behind the World’s Favorite Board Game.”

“(Magie’s) game, ironically enough, was to teach people about the evils of monopoly for 30 years before Parker Brothers stepped into the picture,” Pilon said in an ABC interview.