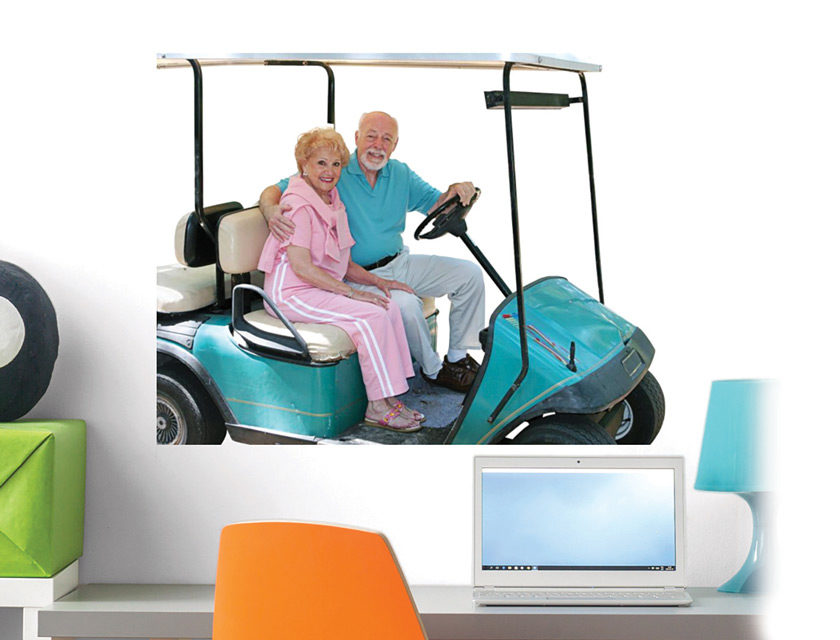 Vulnerabilities in IoT security were brought to a unique spotlight last October when hackers found a way to remotely control a Bluetooth-enabled adult novelty.

The hackers found a major vulnerability in the authentication protocol that controlled the device and were able to gather data on users including location, phone number and password. The hackers then blackmailed their victims by locking the devices and demanding a Bitcoin ransom equivalent to about $270.

Qiui, the maker of the device, updated the app to close the loophole so customers would have no fear of further meddling by attackers.—Jeremy Losaw

It’s a big peel-and-stick decal of two random senior citizens riding in a golf cart. This wall art, said by the makers (Wallmonkeys) to be safe for painted walls, measures 18 inches wide by 12 inches high. So there. We gave you the “What IS That?” We cannot give you the “Why is That?” We only have 46 pages.

Not many 15-year-olds are featured on the cover of Time magazine. But Gitanjali Rao, named the publication’s top young innovator for 2020 and its first “Kid of the Year,” had that distinction in the December 4 issue. Gitanjali is not just an inventor; she’s a scientist. In 2017, she won the 3M Young Scientist Challenge for a device called Tethys that uses carbon nanotube sensors to detect lead in drinking water. In 2018, she was awarded in the TCS Ignite Innovation Student Challenge for inventing Epione, which diagnoses early-stage prescription opioid addiction.

The number of patents or patent applications held—at last count—by Kia Silverbrook, Australia’s most prolific inventor. (Thomas Edison had 2,332 worldwide patents.) Silverbrook, who has 4,700-plus U.S. utility patents, says it’s no big deal: “It’s like having a lot of legal contracts.”

1  Which female inventor had the nickname “Lady Edison”?

2 True or false: If a published work doesn’t have a copyright notice, you are free to use it.

3 Which classic sportscar innovation debuted first—the Mustang or the Corvette?

4 True or false: When the BlackBerry was invented, its name was chosen because of the way the keyboard buttons resemble the drupelets that make up the blackberry fruit.

5 Dr. Gholam A. Peyman, who invented LASIK eye surgery, received the National Medal of Technology and Innovation from which president?