Your USPTO: About PTAB Decisions 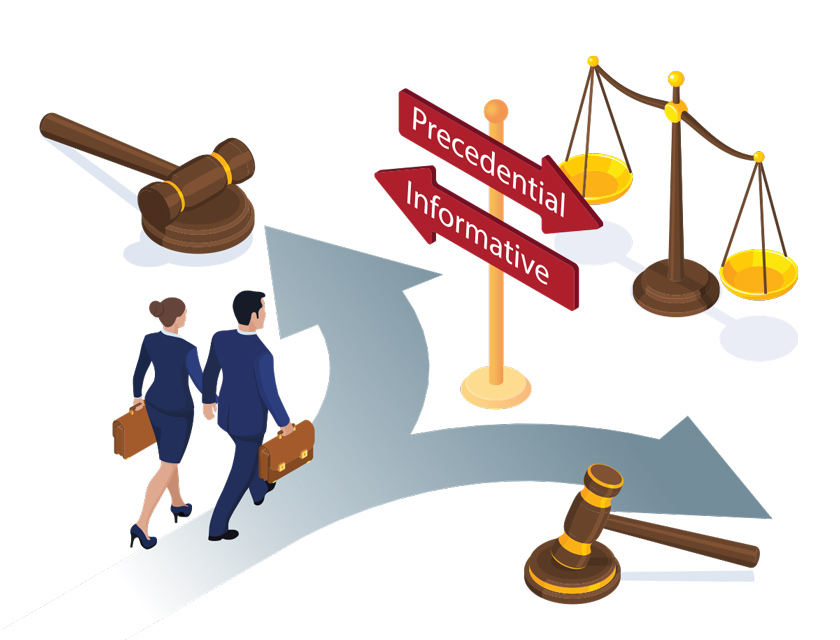 Understanding precedential and informative decisions can help you in trial proceedings

Every year, the Patent Trial and Appeal Board (PTAB) issues thousands of decisions from ex parte (for one party) appeals, reexamination appeals, and America Invents Act trial proceedings. Although all decisions handed down by the board are considered “routine,” certain decisions receive the special designation “precedential” or “informative.”

Precedential decisions establish binding authority for all subsequent parties appearing before the board. These decisions involve major policy or procedural issues and other issues of exceptional importance relating to constitutional questions, statutes, rules, regulations, case law, and issues of broad applicability to the board.

In making arguments to the board, it often is helpful to cite a previous PTAB decision for support. If your facts are similar to the previous decision, the board’s ruling in that previous case may help the current panel decide your case.

This can be especially helpful if the previous case was precedential—though it may benefit you regardless.

First, the USPTO director may designate any decision as precedential or informative.

Second, any decision issued by the Precedential Opinion Panel is automatically designated as precedential unless the director determines that the decision does not merit such designation.

Such nominations may be completed using the “PTAB Decision Nomination” form found on the USPTO website. Each nomination must be accompanied by a brief description explaining the reason for the nomination, as well as information (e.g., name and paper number) identifying the case.

Nominations are reviewed by a screening committee and an executive judges committee. The latter may solicit feedback from members of the board before submitting its recommendation to the director, who has the final say.

Using the same “PTAB Decision Nomination” form, members of the public may also request to “de-designate” informative and precedential decisions when, for example, the decision has been rendered obsolete by subsequent binding authority; is inconsistent with current policy; or is no longer relevant to board jurisprudence. As with designation, the director ultimately determines whether to de-designate a case.

A list of all precedential and informative decisions is on the USPTO’s webpage at uspto.gov/patents/ptab/precedential-informative-decisions. Designated decisions are categorized by subject matter as well as alphabetical order on this page.