Your USPTO: Magic Moment – The Umbrella Pops Up 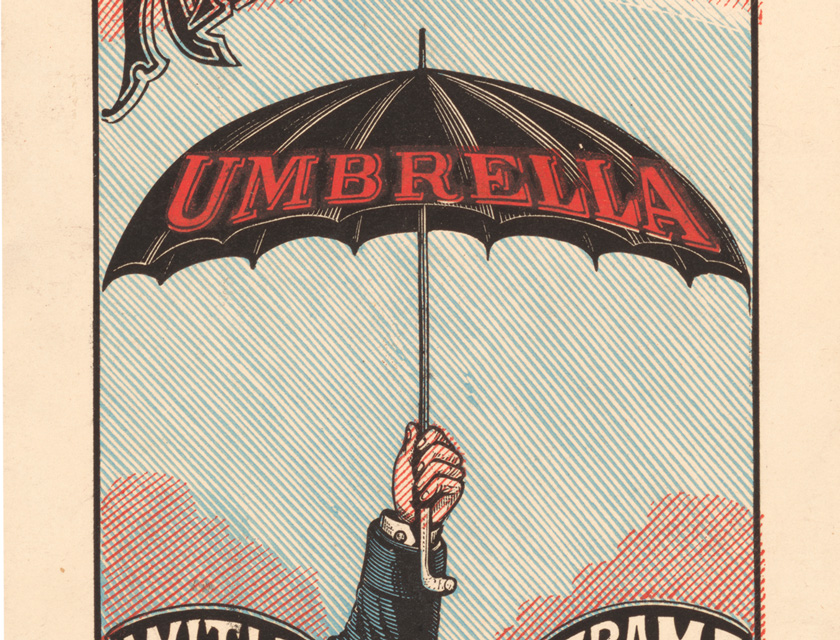 Parasol. Bumbershoot. Whatever the name, the umbrella has a colorful history that dates back some 3,300 years before it was associated with its first known U.S. patent.

And if you see an umbrella that looks classy or even regal today, that is consistent with its origins.

The earliest bumbershoots—umbrella expert and author Marion Rankine wrote that the first ones probably appeared in China around 1500 BCE—were often used by royalty whenever rain reigned. Rankine also reported that as early as 1000 BCE, kings and dignitaries enjoyed the shade of umbrellas in ancient Egypt and Assyria.

Through the centuries, the umbrella morphed into a fashion statement that was also associated with decorum. Rankine wrote that during the Ming Dynasty (1368–1644), there was a system of umbrella etiquette at court, much like fan etiquette, with different meanings for different colors and positions.

USPTO Historian Adam Bisno notes that in the 1700s, European and American parasols were constructed with a stick of cane or wood, with whalebone ribs, and a cloth cover of cotton, linen or wool—stretched to protect the user from sun. Umbrellas, shielding the user from rain, had the same fabrics but with an outside coating of wax.

These accessories first became popular among non-elites in France between about 1790 and 1900, when nearly 1,400 umbrella-related patent applications were filed in that country, according to the France’s intellectual property office. The French began large-scale production of umbrellas and parasols around 1800, well before the English, who did so in the 1830s.

Early 1800s inventions related to umbrellas were “gimmicky,” Rankine wrote. They included “umbrellas with hollow handles for holding perfumes or writing materials” and even some with windows.

Bisno’s research finds that the earliest known U.S. umbrella or parasol patent is No. 4,583x, for an “Umbrella & Parasol,” issued on Nov. 22, 1826. It used whalebone for the ribs and was partially foldable (collapsible).

In 1839, Elisha Hale of Newburgh, New York, patented an “improvement in the mode of constructing umbrellas and parasols,” U.S. Patent No. 1,449. It was collapsible to half its length and used “springs and catches” to this effect.

In 1848, Samuel Wright received U.S. Patent No. 5,500 for an umbrella and cane in one, which he said was an improvement on an English patent of similar design patented in 1838. Walking canes were already popular accessories for middle- and upper-class men.

British umbrella inventor William Sangster, who published a short book on the subject in 1855, wrote that its most important improvement “dates from the introduction of steel instead of whalebone, which took place about twelve years ago, although a few Umbrellas were occasionally made and used of this material prior to that time …”

In 1915, Hans Haupt patented the pocket umbrella in Great Britain. In the 1920s, parasol sales slumped and then dried up in the United States as they went out of fashion. But umbrellas remained—and remain—essential apparel.

Umbrella improvements in the 20th century focused on the material and its waterproof qualities, weight, and foldability. Umbrellas became lighter, smaller, and more effective against rain.