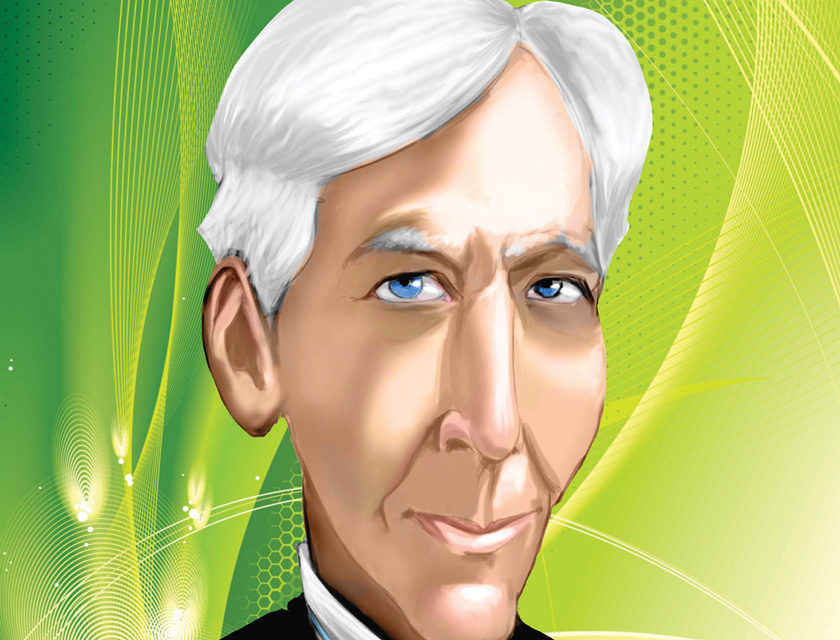 Luther Burbank would have been consumed with gleeful anticipation for Earth Day on April 22, just as he was at the beginning of every planting season.

Burbank didn’t just love plants. Author Jane S. Smith wrote that he had “the uncanny ability to bend nature to his will.”

In the early 1900s, people and celebrities from around the world visited the Santa Rosa, California, home of America’s first botanical superstar to witness his exotic creations—which included spineless cacti. Photos show him in a field, rubbing his face against a cactus.

By the time he died in 1926, Burbank developed more than 800 strains and varieties of plants. They included 113 varieties of plums and prunes, 10 varieties of berries and 50 varieties of lilies. Despite his flamboyance, he is best known for his Russet Burbank (Idaho) potato and the Freestone peach.

But perhaps Burbank’s greatest impact was being the inspiration for plants having their own patent law. Plant patents are a crucial intellectual property protection strategy for many in the agricultural field.

It all started with the Idaho potato.

Burbank was 21 when he bought some land in rural Massachusetts before developing that strain in 1872. This accomplishment, achieved by cross-breeding different potato varieties, resulted in one of the most significant single-cultivar heirlooms in the world today. Idaho potato growers earned an estimated $1.1 billion in farm-cash receipts in 2020.

According to the National Inventors Hall of Fame, Burbank sold the rights to the Burbank potato for $150 and moved to Santa Rosa because of its favorable growing climate.

He used hybridization to graft seedlings onto fully developed plants across different strains. Burbank shared his methods with several hundreds of national and international nurseries via printed catalogues such as “New Creations in Fruits and Flowers” in 1894.

Almost a century after Burbank’s death, visitors have come to the Registered National, State and City Historic Landmark in Santa Rosa where he became a world-renowned horticulturist. A city park features his former home, greenhouse, gardens, and grave. (For a virtual tour, see lutherburbank.org.) A high school in Sacramento, California, bears his name.

The pied piper of plants lacked a strong business acumen and was never wildly rich. But his legacy in the patent and innovation arenas is priceless.