Your USPTO: No. 14 Stephanie Kwolek 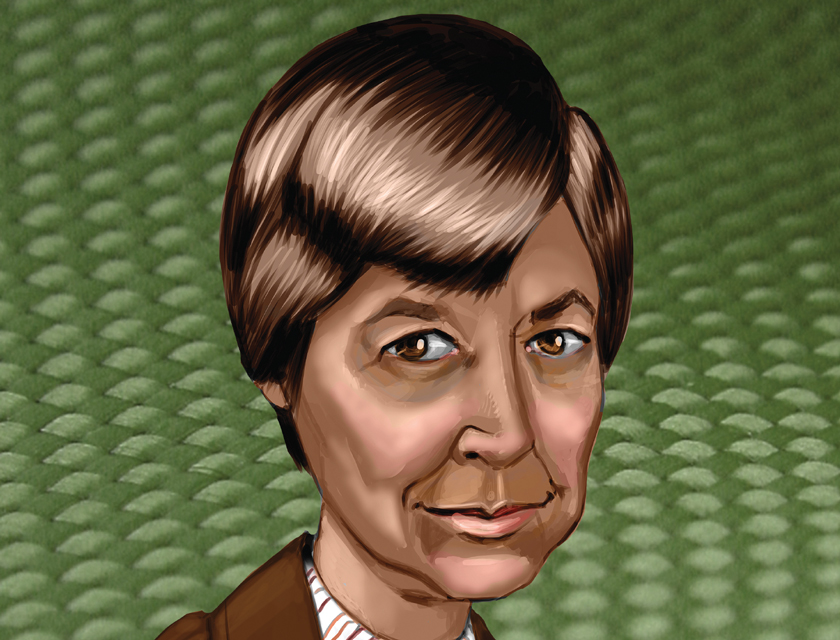 When Stephanie Kwolek was offered a job as a chemist at DuPont in 1946, she was unsure of her career path. She was also interested in teaching and had a passion for medicine but could not afford to pursue the latter at the time.

World War II, which ended a year earlier, interrupted the careers of millions of men in the United States. So the recent graduate of the Carnegie Institute of Technology, with a chemistry degree, took advantage of this rare opportunity for women and accepted the position.

DuPont was already known for its groundbreaking research. DuPont chemist Wallace Carothers had discovered nylon, the world’s first synthetic fiber, in 1939; the first nylon stockings went on sale in New York City in May 1940.

Kwolek had been interested in fabrics since she was a little girl in New Kensington, Pennsylvania. She remembered designing costumes for her paper dolls, later making actual clothes from fabric on her mother’s sewing machine.

DuPont’s robust creative environment appealed to her, as well as the fact that her male bosses allowed her to experiment on her own with polymer research. “They left me alone. … It appealed to the creative person in me,” she told the Science Institute—so much that she chose to abandon her long-held goal to be a doctor.

That decision became important in American history. It is especially noteworthy as we celebrate National Chemistry Week October 17-23.

In 1964, amid talk of a possible gas shortage, DuPont challenged its researchers to look for a high-performance fiber to replace steel wire in tires. The premise was that this would improve fuel economy.

“I was assigned to look for this super strong, super stiff but lightweight fiber,” Kwolek said.

During her analysis of long molecule chains at low temperatures, she observed how polyamide molecules line up to form liquid crystalline polymer solutions of exceptional strength and stiffness. She discovered the technology for spinning fibers with these special characteristics and invented poly-paraphenylene terephthalamide, a polymer material that is five times stronger than steel on an equal-weight basis.

Since 1971, the materials have been marketed under the brand name Kevlar®, best known as the life-saving material in bulletproof vests. Kevlar materials work by catching a bullet in a multilayered web of woven fabrics. The fibers absorb the impact and disperse it to other fibers in the weave. Other layers absorb additional energy.

The material is used in hundreds of products—among them brake pads; helmets; skis; boats; in aeronautics; even as suspension bridge reinforcement. Kwolek’s low-temperature methods for preparing polymers led to the elastic Lycra®, Spandex, and Nomex® brands of products, consisting of synthetic fibers and used in fire protection and electrical insulation.

Kwolek led polymer research at DuPont until her retirement in 1986. She was inducted into the National Inventors Hall of Fame in 1994 and received the National Medal of Technology in 1999, among many other honors.

She was an active participant in programs that introduce children to science until her death in 2014 at 90.

After being named a Lemelson-MIT Lifetime Achievement Award winner in 1999, she said in an interview with the organization: “When I grew up, I was not exposed to science … I tell young people to reach for the stars. And I can’t think of a greater high that you could possibly get than by inventing something.”