Your USPTO: No. 25 Hedy Lamarr 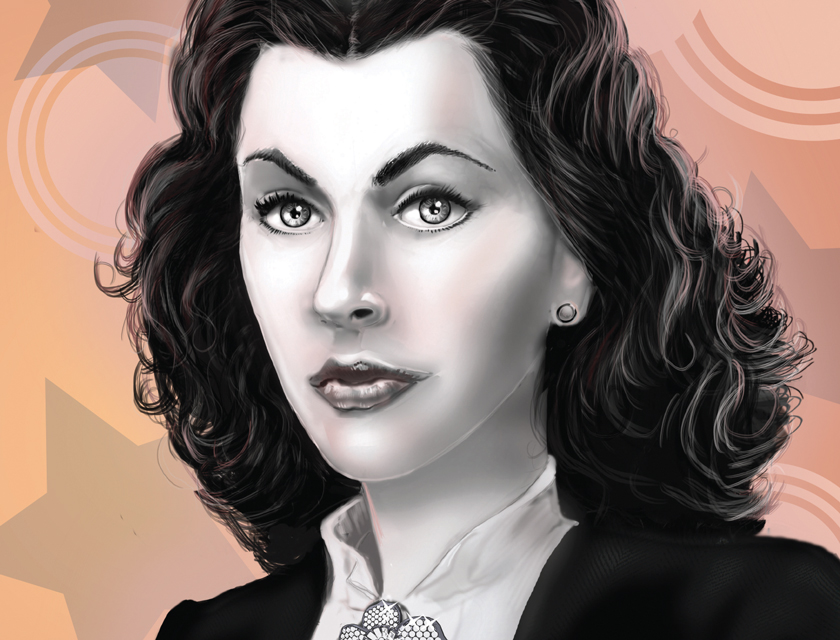 “Any girl can be glamorous,” Hedy Lamarr once said. “All you have to do is stand still and look stupid.”

This was an ironic comment from the legendary 1930s and ’40s movie star who some say was the most beautiful woman to ever appear in films. Because Lamarr—who had the rare double honor of having a star on the Hollywood Walk of Fame as well as being posthumously inducted into the National Inventors Hall of Fame—had higher aspirations.

Born Hedwig Eva Maria Kiesler in Vienna, Austria, in 1914, Lamarr left school when she was 15 to become an actress. But she had a passion for inventing. She had an inventing table set up in her house and would tinker between takes during her motion pictures.

Alexandra Dean, director of the 2018 documentary “Bombshell: The Hedy Lamarr Story,” told the “PBS News Hour” that Lamarr had expansive knowledge of chemistry and engineering despite having no formal training in either discipline.

During World War II, Lamarr collaborated with fellow actor/inventor Howard Hughes on some projects. She showed him drawings she had done to help in his quest to create the world’s fastest plane. He provided her with two chemists as she invented a cube that would fizz into a cola when water was added.

But her most famous invention, with composer George Anthiel, was a “secret communication system” that manipulated radio frequencies to form an unbreakable code for preventing classified messages from being hacked by enemy personnel. Using a player piano roll as a model, she came up with the idea of making a radio signal leap from frequency to frequency, a process known as hopping.

Frequency hopping became part of a process known as spread spectrum—used in much of the technology we use today. Many credit Lamarr’s invention for being the impetus for Bluetooth and WiFi.

The iconic U.S. patent, No. 2,292,387, was granted on Aug. 11, 1942—a little more than a year after she filed the patent as H.K. Markey. She was married to Hollywood screenwriter Gene Markey at the time and figured having her married name on the patent would give it more credibility.

The patent was later confiscated because Lamarr was an Austrian immigrant and considered an enemy alien. She never was compensated for her invention, said to be worth about $30 billion today.

In one of her last interviews—in 1990, 10 years before she died— a 75-year-old Lamarr told Forbes writer Fleming Meeks: “The brains of people are more interesting than the looks, I think. … Maybe I came from a different planet. Who knows?

“But whatever it is, inventions are easy for me to do.”