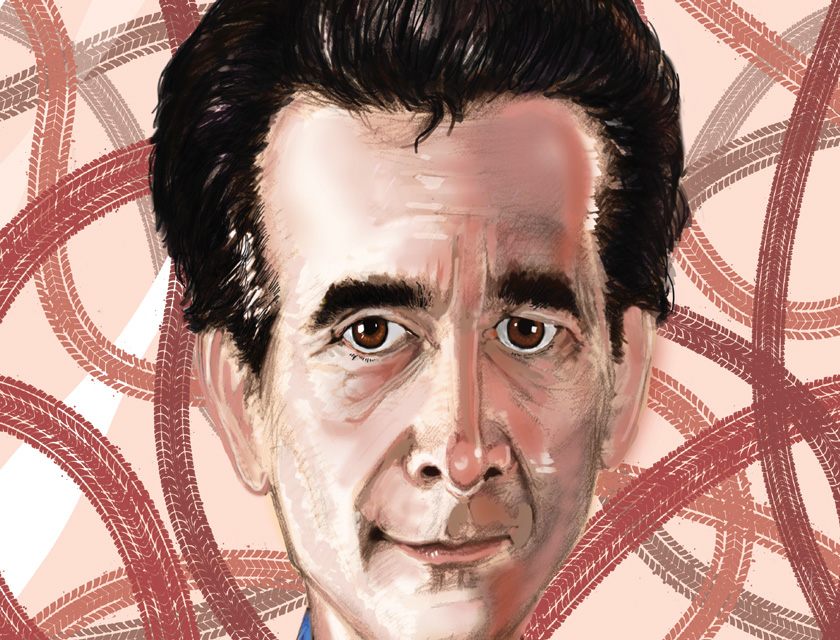 Dean Kamen said his grandfather once told him: “You give until it hurts. If it doesn’t hurt, you didn’t give enough.”

So, as he told “CBS Sunday Morning,” “I said to my grandfather, ‘All right. I will give more than I take.’”

The holder of more than 1,000 U.S. and foreign patents has lived up to his pledge in world-changing ways.

Best known as the inventor of the Segway—a motorized personal vehicle that fell short of some expectations it would replace the automobile—Kamen also developed many revolutionary medical devices; the IBOT Mobility System, an all-terrain electric wheelchair that puts disabled riders at eye level with people who walk; the Slingshot, a portable water purifier to address water-quality issues in underdeveloped countries; and founded FIRST (For Inspiration and Recognition of Science and Technology), an organization intended to build students’ interests in STEM disciplines.

Kamen was awarded the National Medal of Technology in 2000. He received the Lemelson-MIT Prize in 2002 and was inducted into the National Inventors Hall of Fame in May 2005. These and many honors come from putting others first.

So FIRST Robotics, founded three years after the parent organization’s inception in 1989, is a fitting moniker and an important part of Kamen’s legacy.

The USPTO works with FIRST Robotics, which today hosts an international competition that has attracted well over a million youths from more than 100 countries—and resulted in many patented inventions. The USPTO also works with another Kamen-associated event, the Global Innovation Award, which also honors youth innovation. Kamen will speak at this year’s event, June 21-23 in St. Louis.

His commitment to student innovation may have been fueled when he was young. Although Kamen had dyslexia in grade school, he never let it stifle his passion for learning.

He was a college undergraduate when he invented the first wearable infusion pump, which gained acceptance throughout diverse medical specialties. He was 25 when he founded his first medical device company, AutoSyringe, to manufacture and market the pumps. Working with leading diabetes researchers, Kamen oversaw the design and adoption of the first portable insulin pump.

The embodiment of youthful energy at 71, Kamen told Qualcomm Technologies in 2018: “We have more problems than we’ve ever had; we’re not going to solve them in a world of stuff.