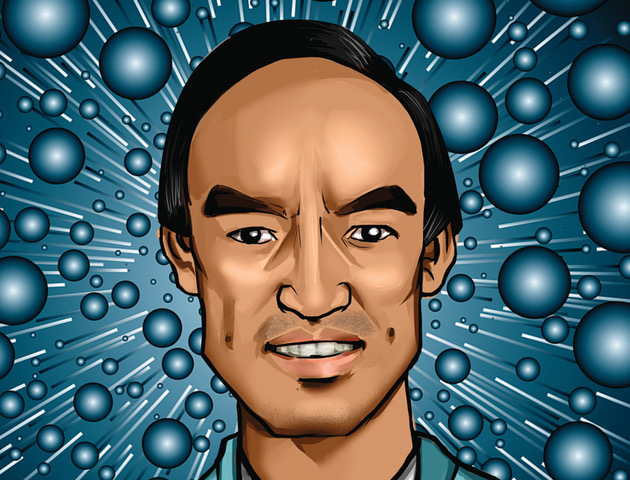 Molecular beam epitaxy. It sounds like an otherworldly concept created for “Star Trek.”

Dr. Alfred Yi Cho’s invention was indeed where no man has gone before, but with vast impacts on Earth. Whenever you make a cellphone call, read words on a computer, watch a DVD, or use a microwave oven, you are benefiting from molecular beam epitaxy (MBE).

Dr. Cho was the principal developer for the technology in the late 1960s at Alcatel-Lucent’s Bell Labs in France. MBE is the ultra-precise process of growing high-purity crystals within a vacuum, one atomic layer at a time. That technique, which forms devices such as transistors and lasers, is now used to manufacture electronic and optoelectronic semiconductor chips throughout the world.

Switches in cellphones that carry conversations over radio frequencies are made using MBE; lasers used in CD/DVD players and drives also derive from it.

U.S. Patent No. 3,830,654 was the primary impetus for Dr. Cho’s induction into the National Inventors Hall of Fame in 2009. The Hall notes that his technique also included the first of several types of diodes, and the first field effect transistor that operates at microwave frequencies.

More benefits: Because MBE can produce compounds that are not present in nature, it is used for research purposes and as a practical demonstration of quantum physics to university students.

Born in Beiing, Dr. Cho and his family moved to the United States when he was in the sixth grade. According to the National Science & Technology Medals Foundation, he wanted to study art but was told by his mother that “If you major in art, you’ll be very hungry.”

She wanted him to study medicine, but he was queasy around blood. One sibling had chosen mechanical engineering; another picked architecture.

“‘What’s left? What can I pick?’” Dr. Cho recalled asking himself. “So that’s how I ended up with my field of electric engineering.”

Dr. Cho received his B.S., M.S., and Ph.D. degrees in Electrical Engineering from the University of Illinois at Urbana-Champaign in 1960, 1961, and 1968, respectively. He joined Alcatel-Lucent’s Bell Labs after completing his studies in 1968, and eventually became vice-president of semiconductor research.

Then-Alcatel Lucent Bell Labs President Jeong Kim singled him out. “Decades before anyone was talking about ‘nanotechnology’, Al Cho was making it a reality.”