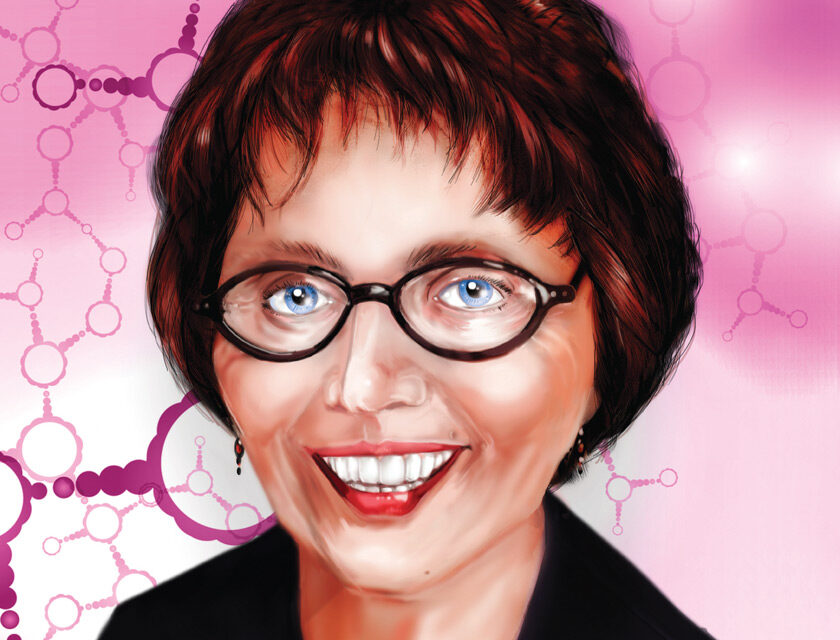 Shortly after the war began, the former Helen Murray was studying at the College of Wooster (Ohio), with plans to be an English and Latin teacher. Millions of men—many of them prospective scientists and doctors—went to fight in the war; others, as Dr. Free said, left universities to try to avoid the draft.

“The housemother at dinner one time said, ‘You know, we girls have got to step up and do science,’” Dr. Free recalled decades later in a video interview.

“And she said, ‘You’re taking chemistry, aren’t you, Helen?’

The ebullient Dr. Free, who died May 1 at age 98, ultimately co-developed the revolutionary at-home dip-and-read glucose test to diagnose diabetes and monitor blood sugar that has been used by millions of people worldwide. She and her husband, Dr. Alfred Free, invented this and other crucial urinalysis testing methods during their 53 years as research partners at Miles Laboratories.

Before the dip-and-read, diabetes testing and analysis was done in a doctor’s office by mixing urine with chemicals such as copper sulphate, heating it over a Bunsen burner, and looking for a red-orange precipitate indicating sugar. It was time-consuming and inconclusive because it did not differentiate between glucose (indicating diabetes) and other sugars.

As with so many inventions, the pair’s groundbreaking product was a refinement. One of their early efforts, called Acetest, involved tablets impregnated with the chemical nitroprusside. These turned blue in response to ketones in urine.

But there were drawbacks. Putting the tablets in a test tube and adding drops of urine required waiting for them to fizz and yield results. Dr. Free said her husband suggested paper strips impregnated with chemicals that could be dipped into urine, which also eliminated the need for test tubes and droppers.

They dipped strips of filter paper into glucose oxidase and peroxidase, and dried them in an oven. The result, introduced as Clinistix in 1956, was an immediate success.

“Oh, man, it was used all over the world,” she told the American Chemical Society in 2011, “because it was so simple and easy to use, and you had no external needs at all. It was just a simple test to dip it into the urine specimen and watch for the color to develop.”

Dr. Free was granted seven patents, and in 1993 served as president of the American Chemical Society. She wrote several textbooks and helped establish the Kids & Chemistry project.

The couple’s work in developing diagnostic test strips was designated a National Historic Chemical Landmark by the American Chemical Society on May 1, 2010, at the ETHOS Science Center in Elkhart, Indiana.