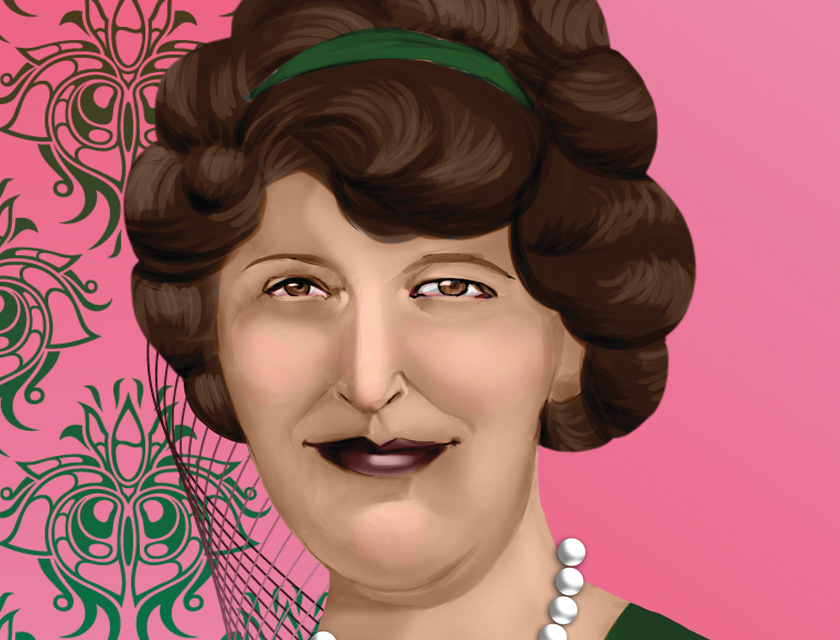 It would have been a fitting coincidence. Perhaps because Beulah Louise Henry became so well known as the female Thomas Edison, many internet sources list her month and day of birth as February 11—the same as Edison’s.

That information is inaccurate. According to the National Inventors Hall of Fame, which posthumously inducted her in 2006, she was born Sept. 28, 1887 in Raleigh, N.C. (Edison was born in 1847).

But it is accurate to say that the woman dubbed “Lady Edison” in the 1930s received 49 U.S. patents and was responsible for at least 100 inventions. The diversity and quality of her works were as impressive as that quantity.

Henry began life with an impressive lineage—the direct descendant of President Benjamin Harrison on her mother’s side and Patrick Henry on her father’s side. She first wanted to be a writer, a talent in evidence with her most famous quote: “If necessity is the mother of invention, then resourcefulness is the father.”

Self-educated and naturally inquisitive, she was sketching invention ideas at age 9.

Henry was granted her first patent at 25, for a vacuum-sealed ice cream freezer. The machine (U.S. Patent No. 1,037,762) featured a freezing chamber surrounded by an insulating structure, with minimal use of ice.

A year later in 1913, she received her second and third patents for a handbag and an umbrella, both with interchangeable covers. She then moved to New York, were she started Henry Umbrella & Parasol Co. and later B.L. Henry Co. of New York.

Henry had several inventions involving improvements to machines. These included the protograph, a device attached to a typewriter that produces four additional typewritten copies without carbon paper. She invented the first bobbinless sewing machine.

Among other inventions that displayed her great range were a clock specifically designed to help children learn to tell time; continuously attached envelopes; a hair curler, and a can opener.

Scientists and patent officials were amazed by Henry’s mechanical and technical expertise, especially because she had no technical training.

“I invent because I cannot help it,” she said.