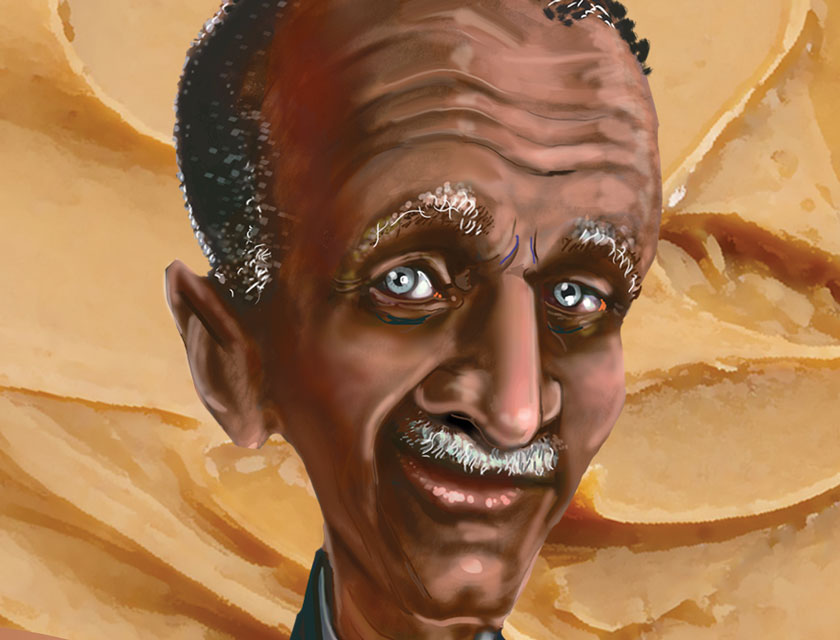 He was Mr. Peanut before “Mr. Peanut.” Before Jimmy Carter.

George Washington Carver is so identified with peanut uses and products, he sometimes is erroneously identified as the inventor of peanut butter.

Carver’s enduring status as “The Father of the Peanut Industry” is not in dispute. The renowned agricultural scientist invented hundreds of uses for peanuts; his innovative crop rotation and planting techniques revolutionized farming.

Fellow African-American icon Dr. Martin Luther King Jr. said of Carver: “From oppressive and crippling surroundings, George Washington Carver lifted his searching, creative mind to the ordinary peanut, and found therein extraordinary possibilities for goods and products unthinkable by minds of the past and left for succeeding generations an inspiring example of how an individual could rise above the paralyzing conditions of circumstance.”

Born into slavery near the end of the Civil War (the date is uncertain, but many agree it was in 1864), Carver overcame devastating obstacles from an early age. According to History.com, white farm owner Moses Carver purchased George’s mother, Mary, when she was 13. George’s father died in an accident before George was born.

His professors were so impressed with his research on the fungal infections of soybean plants that he went on to earn a master’s degree in agricultural science.

Carver’s signature achievement may have been his crop rotation processes that used organic fertilizers to improve plant productivity and soil fertility. He also taught poor farmers that they could feed hogs acorns instead of commercial feed, and enrich croplands with swamp muck instead of fertilizers.

He invented the Jessup wagon—a horse-drawn classroom and lab used to demonstrate soil chemistry. “I love to think of nature as an unlimited broadcasting station,” Carver said, “through which God speaks to us every hour, if we will only tune in.”

As he said: “When you do the common things in life in an uncommon way, you will command the attention of the world.”

Requests for the USPTO trading cards can be sent to [email protected]. You can also visit them at uspto.gov/kids.