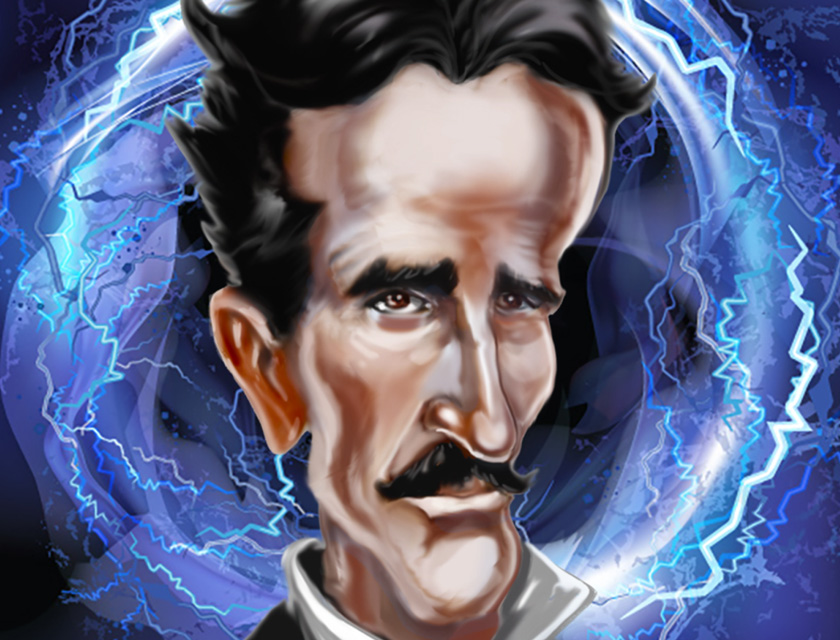 In any discussion about Nikola Tesla, the name of his rival—Thomas Edison—is likely to come up.

Beginning in the late 1880s, Tesla and Edison were locked in what is called “The Current War.” In Edison’s direct current (DC) system, the U.S. standard in the early days of electricity, current runs continually in a single direction. But direct current is not easily converted to higher or lower voltages.

Tesla’s alternating current (AC) adaptation solved this problem. AC reverses direction a certain number of times per second—60 in the United States—and can be converted to different voltages relatively easily with a transformer.

In 1893, the Niagara Falls Power Co. awarded George Westinghouse, who had licensed Tesla’s polyphase AC induction motor patent, the contract to generate power from Niagara Falls. On Nov. 16, 1896, Buffalo, New York, was lit up by the alternating current from Niagara Falls. General Electric decided switch to AC, too. The “Master of Lightning” had won the war.

Born in Smiljan, Croatia, in 1856, Tesla arrived in America in 1884 and was employed by the Edison Machine Works for about six months. He accumulated about 300 worldwide patents.

According to the Nikola Tesla Museum, Tesla “applied for his first patent, for an electric arc lamp, after his arrival in the USA on March 30, 1884—immediately after leaving Edison’s company and founding his own Tesla Electric Light and Manufacturing.”

One of the most prolific and innovative inventors of all time, Tesla has been the subject of numerous books and movies. His work with AC is widely seen as his greatest achievement, although he did not invent it. He was the first person who proposed to carry out electricity distribution within the alternating current.

Tesla has even been credited with inventing radio. Guglielmo Marconi generally has that distinction by making the first transatlantic radio transmission in 1901, but some claim the idea originated with Tesla.