Your USPTO: Your Second Chance 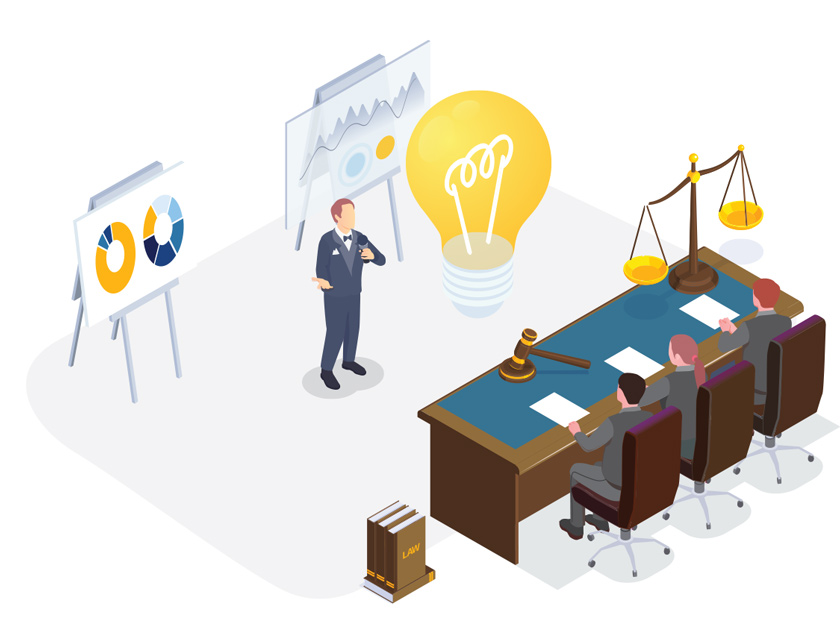 If you are dissatisfied with a USPTO examiner’s rejection of your patent application, you have recourse.

You can have the decision reviewed by administrative patent judges (APJs) of the USPTO’s Patent Trial and Appeal Board (PTAB) in a process called an ex parte appeal.

Ex parte means there is only one interested party. An applicant may file such an appeal if an examiner has finally, or at least twice, rejected his or her patent application.

The applicant (who becomes an “appellant” in this PTAB proceeding) files a notice of appeal, pays the requisite fee, and then has two months to file an appeal brief. This provides the appellant an opportunity to explain to the PTAB why the examiner erred, by citing evidence in the record and/or making legal arguments.

Importantly, any argument not raised in the appeal brief may be regarded as waived in the proceeding.

The examiner addresses the arguments in the appeal brief in an examiner’s answer, which is another brief. In this response, the examiner may maintain or modify each rejection. The examiner may also withdraw any pending rejection or introduce a new ground of rejection.

Panels will almost never consider a new argument at a hearing— unless, for example, some intervening case law occurred between the briefing and hearing.

The panel of APJs will consider all arguments and evidence in the record and confer with each other. The panel will determine whether the examiner erred as to the rejection of each claim argued over in the briefing and then will issue a written decision of its findings and conclusions. The panel may also enter a new ground of rejection that the examiner did not include.

If the panel reverses all rejections, the application returns to the examiner—who must then either allow the claims or continue prosecution with a new rejection.

If the panel affirms any rejections, the appellant has many options.

The appellant may file a request for rehearing with the PTAB to allege some misunderstanding by the panel in its decision to seek a different outcome. The appellant may seek judicial review of the PTAB’s decision, either via litigation against the USPTO in the U.S. District Court for the Eastern District of Virginia, or via direct appeal to the U.S. Court of Appeals for the Federal Circuit. The appellant may also submit a request for continued examination (RCE) to continue prosecution before the examiner.

Resources for guiding an applicant through the ex parte appeal process are available on the PTAB’s website at uspto.gov/patents/ptab/appeals.