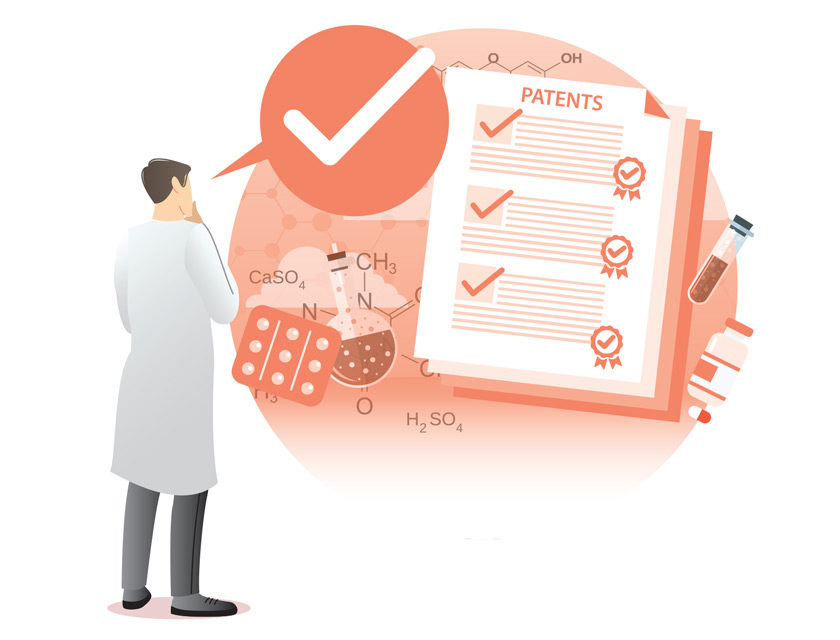 Pharmaceutical developers have an innate understanding of the importance of maintaining certainty in patent validity.

It’s likely that the new U.S. presidential administration’s selection for director of the U.S. Patent and Trademark Office will not become clear for at least a couple months. Many members of the U.S. innovation community, however, are well aware of the high stakes in play with that selection.

The tenure of outgoing Director Andrei Iancu was lauded across many sectors of the U.S. patent system, perhaps with the exception of the tech sector. As we consider candidates for the next USPTO head, perhaps we should look to the political moment in which we find ourselves to guide our search.

President Joe Biden’s stance on intellectual property has been fairly inscrutable, and the few mentions of IP in Biden’s campaign platform did little to answer any questions on what to expect from the new president on patent policy.

Industry insiders have suggested several candidates with ample experience at the agency, but political headwinds often play a major role in the nomination process. News reports indicate that Big Tech has been playing a role behind the scenes in placing allies in senior roles within the Biden Administration, and the lack of attention paid by the mainstream media to the USPTO could make it a prime target by corporations seeking political influence.

Yet there are reasons to believe that Big Tech won’t be as successful in advocating for a USPTO director who can pursue favorable policies at the agency.

The political moment for Google, Apple and other tech titans is much different now than during the Obama Administration, when those firms were becoming more successful but weren’t mired in legal actions brought by antitrust regulators.

Of course, although the current political moment may involve less movement on patent policy related to smartphones and software technologies, there are some fluid areas of patent policy that anti-inventor corporate interests may try to influence.

A change in presidential administration also brings the possibility of a new direction on standard-essential patent (SEP) policy, especially where it comes to enforcing fair, reasonable and non-discriminatory (FRAND) obligations on SEP owners. After the Obama Administration pursued actions on SEP policy that often favored tech implementers over patent owners, the USPTO and the Department of Justice under the Trump Administration relaxed the threat of antitrust enforcement against SEP owners over licensing practices.

It’s not hard to conceive how pro-corporate groups might use the changing political headwinds to push for appointees with favorable political views on SEPs. Automotive manufacturers, for example, are seeing major industry changes involving new propulsion systems and autonomous driving modes that are turning more of those companies into implementers of technologies invented in other sectors.

What industry sector in the current political moment could produce a USPTO director nominee that has a good shot at retaining pro-patentee, Iancu-era reforms?

One possible answer is the pharmaceutical industry.

Intellectual property policy may not have played a large role in the recent presidential election, but the COVID-19 pandemic certainly did—and will continue to influence public debate in coming months as vaccines continue to be rolled out to the public. American companies Pfizer and Moderna have been in the lead on developing COVID-19 vaccines approved for use by the Food and Drug Administration.

Last March, a study published by The Journal of the American Medical Association found that the median cost of research and development for each drug approved by the FDA between 2009 and 2018 was $985 million.

“Strong and reliable IP protections have supported America’s robust innovation ecosystem by promoting discovery, development, affordability and access to new treatments and cures,” Tom Wilbur, a spokesperson for the Pharmaceutical Researchers and Manufacturers of America, told IPWatchdog. “As our industry continues to expand vaccine production and deliver medicines to patients in need, reliable IP protections have been critical in supporting multiple research and development and manufacturing ramp-ups on COVID-19 vaccines and therapeutics.”

Unlike many other sectors, pharmaceutical developers often have small portfolios protecting valuable chemical compounds. This gives them an innate understanding of the importance of maintaining certainty in patent validity.

These same risks cannot be appreciated by most of Big Tech or the automotive industry, where large patent portfolios cover mainly incremental technological advances. Here, innovation risks are mainly posed not by product failures but through increased infringement liability by operating as market incumbents in rapidly advancing sectors.

Strong patent rights that are enforceable against infringers are crucial for firms that engage heavily in research and development activities. Now is a perfect time for the pharmaceutical sector to inform the public debate on how enforceable patent rights encourage a strong innovation economy.

If the world’s economy is able to reopen in 2021, it will largely be due to the fact that American firms enjoying strong patent rights just won the fastest race to a vaccine ever seen by modern science. It’s possible that parties within the U.S. patent system who want to retain many of Director Iancu’s reforms might find a champion for their interests from the pharmaceutical sector.