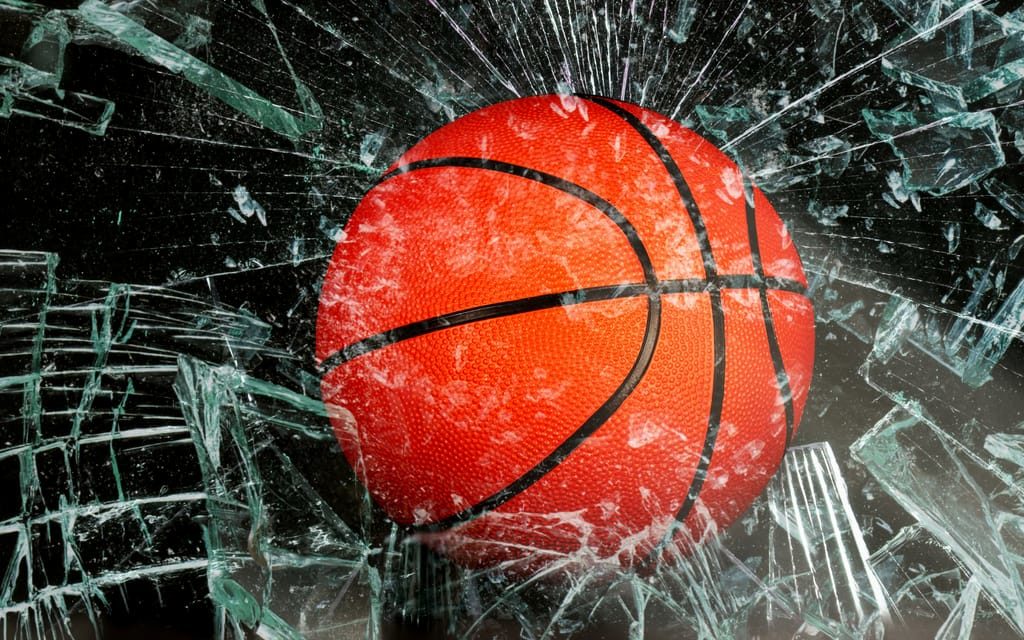 Basketball innovation has evolved in its 100-plus years.

A strange lot, this human race. We have evolved intellectually and culturally in quantum leaps since the beginning of time, yet we still thrill to seeing stuff break.

When Philadelphia 76ers center Darryl Dawkins shattered a glass backboard with a slam dunk in an NBA game 39 years ago this month, our pre-internet mass media couldn’t replay it often enough. Dawkins’ Chocolate Thunder destruction—his first of two such displays that season—was unthinkable when the first glass basketball backboards were introduced in the early 1900s.

According to the book “Basketball’s Most Wanted: The Top 10 Book of Hoops’ Outrageous Dunkers, Incredible Buzzer-beaters, and Other Oddities” by Floyd Conner, glass backboards were introduced in 1909 but banned briefly in 1916 due to a rule requiring white paint on all backboards.

The oft-unreliable Wikipedia is among numerous sources that report Indiana University was the first to use glass blackboards, although the university denies that claim. Its school newspaper reported in early 1917 of a December 1916 game at Purdue University in which glass backboards were used.

It is generally agreed that glass backboards emerged because fans who were seated directly behind wooden backboards were complaining their view was blocked.

There was a time when 625 lbs. of force could shatter a backboard—a testament to the 6-foot-11, 250-pound Dawkins’ legendary strength. (Shaquille O’Neal became the face of the next generation of backboard-breakers, but it was just more of the same.)

Today’s backboards, made of tempered glass or Plexiglass that is shatter resistant, include a breakaway rim with a hinge and spring so that when a player dunks, the rim bends downward and quickly snaps back into a horizontal position once the player releases it.

NBA and NCAA rules stipulate that the backboard be

6 feet wide and 3½ feet tall, although the NCAA permits backboards as tall as 4 feet. Backboards must be flat and transparent.

Backboards have a 24-inch-wide by 18-inch-tall rectangle painted on the surface above the basket. The upper edge of the rectangle’s bottom line is to be perfectly parallel with the rim.

Although the demolition by Dawkins—who died in 2015 at age 58—is a YouTube staple, he wasn’t the first NBA player to shatter a glass backboard. That distinction went to Chuck Connors, the late star of TV’s “The Rifleman” who played pro basketball as well as major league baseball.

Connors’ “achievement” on Nov. 5, 1946, was even more of a fluke, because it happened during a simple pre-game warm-up shot. Apparently a piece of rubber between the glass and rim was missing, which caused the glass to shatter when his shot hit it.

Connors recalled the incident in an interview at sabr.org: “During the warm-ups, I took a set shot, a harmless set shot, and crash, the glass backboard shattered.”

“Howie tells how the Garden’s backboards were stored behind the Brahma bull pens, and nobody was fool enough to challenge the bulls for them,” Connors said.  “Howie found two drunken cowboys and slipped them a couple of bucks to go into the pen, dodge the bulls, and get a glass backboard out. If he hadn’t, we might still be waiting at the arena.”

DD was the best – Chocolate Thunder !!

Well worth a read. Got great insights and information from your blog. Thanks.

We respect your privacy and will never share your information.
Site design by Enventys Parters
wpDiscuz
4
0
Would love your thoughts, please comment.x
()
x
| Reply