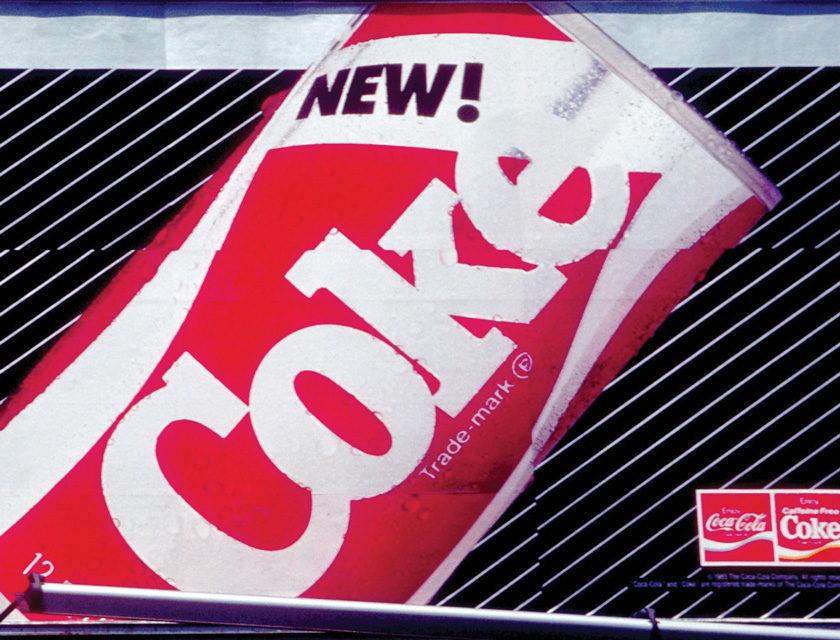 Was company’s 1985 blockbuster a historic marketing blunder, or genius?

Although blind taste tests showed the revised formula was preferred to Pepsi, public reaction to New Coke was even more bitter than the original drink’s taste.

Using the internet’s best-known search engine and typing the words “New Coke marketing disaster” recently yielded 2,470,000 entries—another reason to remember that the Web is not the ultimate authority on everything.

The bold launch by the makers of the world’s best-selling soft drink came on April 23, 1985, around the time a modest publication called Inventors Digest was unveiled. Coke, which outsold chief rival Pepsi 2-to-1 in the 1950s, had seen that margin plummet to a 4.9 percent lead by 1984. It announced a sweeter version of its iconic product that had first been sold on May 8, 1886, at Jacob’s Pharmacy in Atlanta.

The big day was the culmination of a project with CIA-level secrecy, known by Coke insiders as “Project Kansas.” Under the authority of CEO Robert Goizueta, marketing vice president Sergio Zyman and Coca-Cola USA president Brian Dyson were to create a new flavor for the drink.

“The best soft drink, Coca-Cola, is now going to be even better,” Goizeuta said at the highly anticipated press conference. He said the consumer “made (the choice). We didn’t.”

Although blind taste tests showed the revised formula was preferred to Pepsi, public reaction to New Coke was even more bitter than the original drink’s taste. Criticism was most vehement in Atlanta, where the changes were seen as a slap in the face to Coke’s southern tradition.

A call center set up by Coke received about 8,000 complaints a day. Seattle retiree Gary Mullins formed the organization Old Cola Drinkers of America in May and reportedly received 60,000 phone calls.

Talk show hosts including Johnny Carson and David Letterman ridiculed New Coke on their shows, with Letterman saying: “Coke’s decided to make their formula sweeter. They’re going to mix it with Pepsi.”

This wasn’t just an American backlash. In his 2004 book “For God, Country and Coca-Cola: The Definitive History of the Great American Soft Drink and the Company that Makes It,” Mark Pendergrast wrote that Fidel Castro called New Coke a sign of American capitalist decadence.

Few remember that New Coke actually was selling well in most of the country after the launch. But 79 days later, the drink was pulled from stores.

Marketing experts and industry observers were quick to offer their postmortem second-guessing of the company.

“They didn’t ask the critical question of Coke users: Do you want a new Coke? By failing to ask that critical question, they had to backpedal very quickly,” said Sam Craig, professor of marketing and international business at the Stern School of Business at New York University.

Coke President Donald R. Keough said the company “did not understand the deep emotions of so many of our customers for Coca-Cola.”

The old saw that bad publicity is good publicity was confirmed in a 2011 study by the Stanford Graduate School of Business. It concluded that negative publicity can increase sales when a product or company is relatively unknown.

This also is true when the company is very well known. Six months after New Coke’s launch, Coke’s sales had increased at more than twice the rate of Pepsi’s—a devastating blow to the rival that had fed reporters negative questions about the new version at the April 23 press conference. (The introduction of Cherry Coke, around the same time as New Coke, was also a key factor in Coke’s rebound.)

Those claiming New Coke (brought back in limited quantities last May in a cross-promotion with the show “Stranger Things”) was a planned disaster have plenty of ammunition.

When the company announced it was going back to the original formula, Peter Jennings of ABC News interrupted the highly rated daytime soap opera “General Hospital” to tell viewers. Coke embarked on a wave of public forgiveness and took full advantage.

The vintage formula, branded as Coca-Cola for a century, was rebranded as Classic Coke. A reintroduced product with the same old taste gave Coke a high fructose corn syrup shot in the arm when it needed it most.

A marketing analysis by longtime Coke aficionado Joe Turner concluded that New Coke was a win/win for the company.

Turner claims that if the new product failed, Coke could bring back the old product with a cheaper sweetener—saving more than $93 million in production costs—and have the good PR that came with it. If it succeeded, it would still bring back the original with the cheaper sweetener and have two successful brands on the market that would take up more shelf space in stores.

Still, no one can say factually that New Coke was marketing genius, any more than it can be called a marketing blunder.

Here in Mexico Coca-Cola is repeating the same mistake, they changed the formula without asking to their loyal consumers by replacing 30% of the real sugar in it with Splenda or sucralose and now it doesn’t taste the same, they did it in all the non-returnable bottles and cans, it doesn’t taste like Coca-Cola Classic anymore, tastes like a diet Cola. 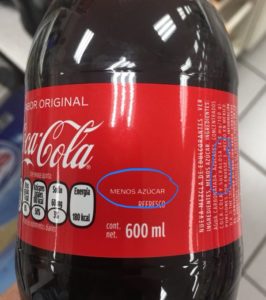 Reid, you have come a long way since writing the sports section. Great to see you and you are a wicked good writer.

Are you KIDDING me? This is Denise from MSU?

I drank Coke before Pepsi existed. (mid 60’s) That formula worked. Coke had its rich taste and Pepsi when it came out…was like a watered down version of Coke. I did try Cherry Coke, but got sick of the flavor before I finished the bottle. Pepsi pushed the Diet Pepsi, and Coke tried to follow and started to mess up the formula. LEAVE IT.

We respect your privacy and will never share your information.
Site design by Enventys Parters
wpDiscuz
5
0
Would love your thoughts, please comment.x
()
x
| Reply